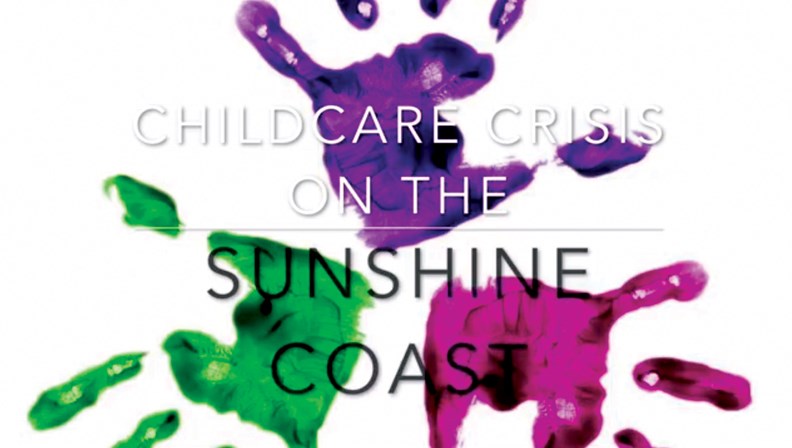 The graphic for Rachel Horst’s podcast highlighting child care issues on the Coast.

A Sunshine Coast woman is hoping a chance to hear the voices of mothers struggling to find adequate child care will bring more attention to solving the problem.

Rachel Horst of Halfmoon Bay, a teacher with a three-year-old son and 19-month-old daughter, said she decided to create a podcast after facing her own difficulties finding child care and hearing the stories of other mothers she knew through the local StrongStart program.

Horst said she had to scramble to arrange child care when the spot she thought she’d secured for her son fell through, just as she was getting ready to return to work.

“It felt like the mothers knew how frustrating it was and how impossible it felt, but outside of that StrongStart circle, it maybe wasn’t such a concern… I wanted to share the feeling of stress and fear and frustration and I was just hoping that maybe it would make people understand a bit more and be more attuned to the issue.”

Horst’s podcast, “Child Care Crisis on the Sunshine Coast,” has been listened to more than 2,700 times since she posted it to her Facebook page. She said even though it has a Sunshine Coast focus, it seems to be resonating with parents across the province. “The issues here are slightly different, but it’s the same overall effect,” she said.

The podcast includes comments about child care from the Liberal, NDP and Green candidates that she recorded during the provincial election campaign. Horst said in some ways people were asking the wrong questions. She said there’s a tendency to put too much focus on the upfront cost to parents, and not enough on issues around training early childhood educators, ensuring they’re adequately paid, and fostering the creation of more spaces in public and private facilities.

“I would love to have $10 [a day] child care, that would be great, but I’d prefer to have choices,” said Horst.

Now that the election is done, Horst said she’s “hopeful-ish” about the potential for new policies. “It really depends on who ends up making the decisions about this. I’m hopeful that in the next five years it will be different for mothers, but I’m not hopeful that it will change within my timeframe [for needing child care].”

Earlier this week, Stephanie Cadieux was sworn in as Minister of Children of Family Development in what’s expected to be a short-lived Liberal minority government, a post she held in the previous government. During the campaign, the Liberals promised up to 13,000 new child care spaces by 2020, and rejected both the NDP’s $10-a-day plan and the Green’s fully subsidized model.

“In addition to the high cost, over $1.5 billion a year, the BC NDP’s plan would subsidize people who can already afford to pay,” the Liberal platform said. “Imagine – a child care system where people making a million dollars a year qualify for a handout from your tax dollars. What’s worse – under the BC Greens’ plan, millionaires would pay nothing at all.”

If the political manoeuvres in Victoria over the coming weeks play out as many expect, it will be an NDP minority government, supported by the Greens, that sets child care policy. Nicholas Simons, who’s going into his fourth term as the New Democrat MLA for Powell River-Sunshine Coast, said child care remains a key priority for the party.

“There are some important priorities British Columbians want us to get on with, and one of them is child care,” Simons said, adding that the Green Party, which would have to vote in favour of any NDP bill on child care for it to pass, also saw it as a priority. “I think what we’ll see is an attempt at least to find a way to fulfill an obvious need that was recognized by the Greens as well.”

NDP leader John Horgan confirmed the party’s commitment to the $10-a-day plan in a statement welcoming this week’s announcement of a $7-billion federal-provincial child care agreement. “We look forward to meeting with the federal minister as the new B.C. government, to put our plan in action,” said Horgan. “We endorse the $10-a-day child care plan – a plan built by experts in the field, endorsed by local governments, economists, business, and more.”

You can hear our interview with Rachel Horst, and the podcast she created, on episode 60 of the Coast Beat podcast at www.coastreporter.net