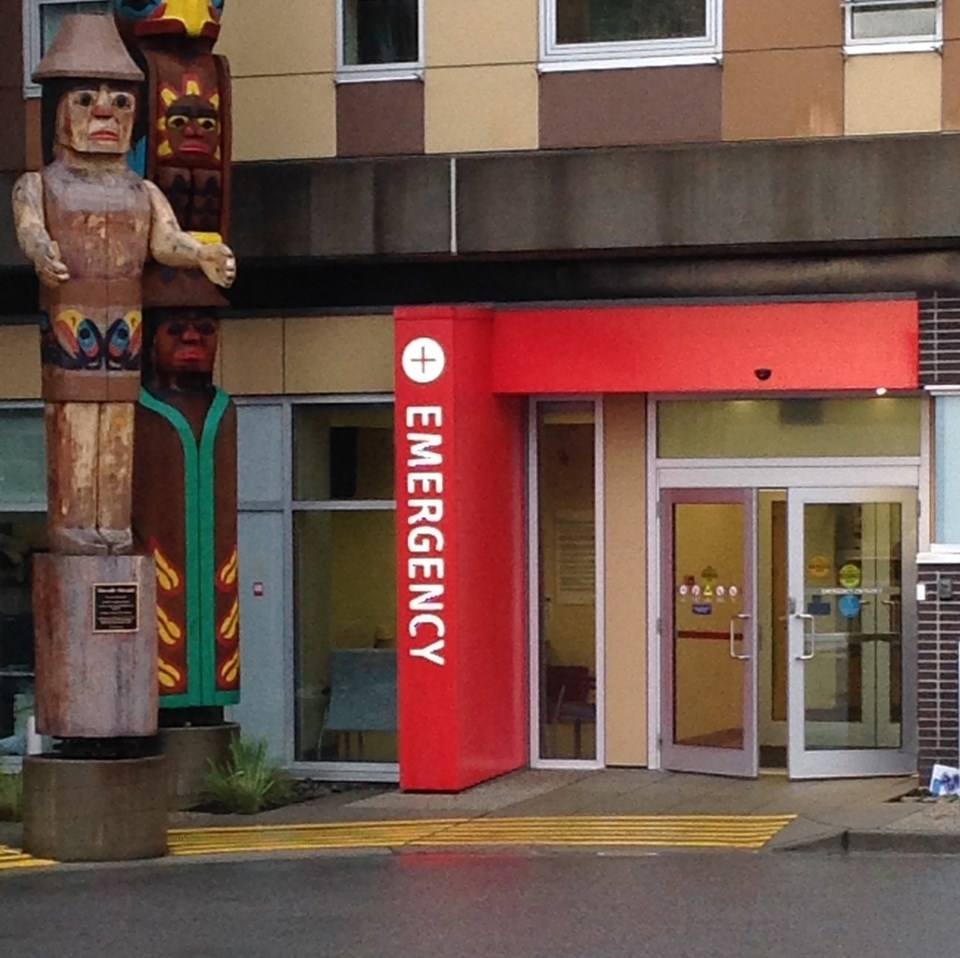 Sechelt Hospital was recently ranked among the 10 most overcrowded hospitals in the province for the 2018-19 fiscal year, and Ministry of Health statistics obtained by Coast Reporter suggest occupancy rates in Sechelt are being driven up by patients who would normally be in assisted living or long-term care but have no option other than an acute care bed.

Sechelt Hospital has a nominal capacity of 46 acute care beds “staffed and in operation,” however the hospital has been running at more than 120 per cent capacity for the past five fiscal years.

“Hospital congestion is a complex issue and there is no single factor responsible for patient volumes. Although the demand for acute care beds at Sechelt Hospital fluctuates from day to day, we recognize it continues to be high,” Vancouver Coastal Health (VCH) public affairs specialist Matt Kieltyka told Coast Reporter.

The Ministry of Health data lists overall occupancy rates, as well as the rates  “excluding ALC,” or patients who need an Alternative Level of Care.

In many cases, according the ministry, ALC patients would be in a long-term care or assisted living facility if a bed was available.

The statement from VCH also said, “a discharge team meets twice daily to determine what supports are required for patients to be safely discharged back home and ensure they receive ongoing care.”

Sunshine Coast doctors have been making the connection between overcrowding at the hospital and long-term care spaces for several years, and made a significant effort to bring public attention to the issue in late 2016, when more than 50 doctors signed a letter to the health minister urging the government to go beyond the 20 additional long-term care beds included in a plan to have a private company build and operate a new facility.
There’s still no timeline for construction of that facility.

Dr. Jim Petzold, who was the physician lead for the Sunshine Coast Division of Family Practice’s residential care beds advocacy group when the 2016 letter was drafted, wrote Coast Reporter last December saying, “Countless numbers of our senior citizens … endure lengthy, costly and unnecessary stays in an overcrowded acute care hospital simply because there are insufficient long-term care facility beds in our community to accommodate them.”

Division of Family Practice chair, Dr. Chinmay Dalal, said this week that “the overcrowding is absolutely due to the shortage of long-term care beds,” but added that while it puts some strain on the system, “we are still able to deliver the health care that we need to deliver.”

Dalal said doctors try ensure that as much as possible people who need it are able to remain at home, through nursing visits or other home care services. “That’s also the most appropriate way to help them,” he said, adding that only when those options have been exhausted would admission to hospital be considered as an option.

The Division of Family Practice, Dalal said, is also working with VCH at the hospital and community physician level on strategies to address the resources needed to provide health care for the high proportion of people over 65 on the Coast.

“We are seeing a bit of headway moving forward,” he said.

One strategy VCH is using to try to relieve the pressure on the acute care beds at the hospital is a 12-bed transitional unit for ALC patients. It opened in April 2019, so its impact on the occupancy rates isn’t reflected in the 2018-19 figures.

VCH director for the Sunshine Coast, Gerry Latham, told Coast Reporter last year that the health authority has also been getting extra funding for home support.

“Between those strategies and the extra beds in-house, I think we’re OK right now,” Latham said.