Another bleak year for salmon returns is being forecast by federal officials, prompting predictions that this could turn out to be a disastrous season for the commercial fishing industry.
Mar 9, 2020 10:45 AM By: Carla Wilson 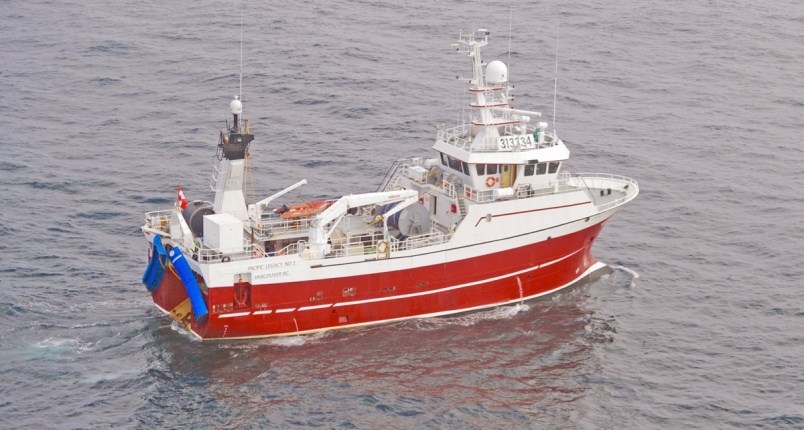 Scientists will take part in an expedition on the Pacific Legacy No. 1 try to help crack the puzzle of plummeting stocks.Photograph By BRIAN MOSE

Another bleak year for salmon returns is being forecast by federal officials, prompting predictions that this could turn out to be a disastrous season for the commercial fishing industry.

A troll fishery on the south coast did not have an opening last year, for example, said Dane Chauvel, chairman of the B.C. Salmon Marketing Council. It’s conceivable the same thing could happen this year, he said. “One year you might be able to survive. Two – maybe not.”

A collective approach, with the province as a major player, is needed to boost stocks through habitat remediation and additional enhancement efforts, said Chauvel, who maintains harvesting restrictions alone will not increase stocks. “There’s lots that we can do to positively impact the freshwater environment, the migratory environment, the spawning environment.”

This year’s preliminary salmon outlook from Fisheries and Oceans Canada says overall expectations for salmon returns are generally low and similar to those in 2019.

In many cases, expectations have even declined, it said, noting that the picture is brighter in “very few cases.”

There are major concerns for all Interior Fraser River species, which have been negatively affected by the Big Bar landslide in the Fraser River north of Lillooet last June, the report said. More information is expected in coming weeks.

Joy Thorkelson, president of the United Fishermen and Allied Workers’ Union, wrote in an email that what she has read of DFO’s north and south coast plans painted a “very gloomy picture” for 2020.

It’s not known yet if the Big Bar Slide area will be remediated to the point that spawners can get past it, she said. “The big question should be whether a surplus to the salmon able to bypass the slide area will be permitted to be harvested in the marine waters by the commercial fleet, or left to die trying to get by the slide.”

For trollers, the biggest issue likely will be the allowed harvest of chinook, which was restricted last year, she said. There are bright spots in a large surplus predicted of Bella Coola chinook, a gillnet fishery and an area eight (on the mid-coast) chum fishery for seiners and gillnetters, Thorkelson said.

B.C.’s recreational sector was hit last year by Fraser River chinook-catch restrictions. Huge chinook are prized by anglers, many of them tourists, who play a critical role in the economies of many coastal communities.

Owen Bird, executive director of the Sport Fishing Institute of B.C., is recommending that this year, anglers be allowed to catch and keep hatchery chinook when they are present in high numbers.

Hatchery fish “are bred for harvest,” he said. Last year’s restrictions did not differentiate between wild and hatchery chinook. Bird also wants anglers to be allowed to catch non-Fraser River chinook in areas free of Fraser chinook.

On Wednesday, a B.C.-based expedition leaves Victoria for the Gulf of Alaska to try to help crack the puzzle of plummeting stocks. Scientists from Canada, Russia and the U.S. will be on the chartered 37-metre commercial trawler Pacific Legacy No. 1. It returns April 4.

The cruise is being organized by Richard Beamish, an emeritus scientist at the Pacific Biological Station in Nanaimo, and Brian Riddell, science adviser at the Pacific Salmon Foundation. The pair raised $1.45 million for the cruise, after staging a similar international expedition last year, and for a subsequent symposium in Russia in the fall.

The team will examine what regulates the lives of salmon in the open ocean where they spend the majority of their lives, in the hope of developing better predictions of returns.

This year’s cruise is being supported by provincial and federal governments, the U.S. and B.C. seafood sectors, fish farmers and non-profit groups such the North Pacific Anadromous Fish Commission and the Salmon Foundation, which is managing the financial end. Beamish said a “substantial” donation came from Vancouver businessman Jim Pattison, owner of the Canadian Fishing Co., a large commercial fishing company.

A third expedition is planned for winter 2021, headed by the International Year of Salmon project, funded by federal and provincial programs, said organizer Mark Saunders. A new trawler net built for Saunders’ venture is being loaned for use on the Pacific Legacy this month.