Federal Fisheries Minister Bernadette Jordan says the Liberal government remains committed to a transition away from open-net fish farms and tough measures to preserve the chinook salmon stock.
Aug 21, 2020 10:44 AM By: Sean Eckford 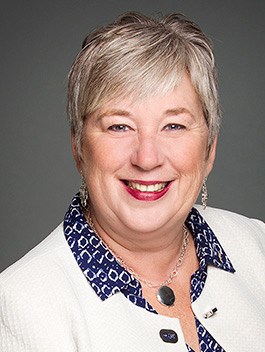 Jordan and West Vancouver-Sunshine Coast-Sea to Sky Country MP Patrick Weiler held an online town hall on Aug. 19 that drew more than 50 participants from the riding and beyond.

“I’ve heard from a lot of constituents, including First Nations, with concerns about open-net salmon aquaculture and the impact that it has on ocean health and in particular on salmon stocks,” Weiler said, telling Jordan he’s had more correspondence on that issue than anything related to COVID and praising his predecessor Pam Goldsmith-Jones for her work on the file.

Jordan acknowledged her mandate letter from the Prime Minister instructs her to have a transition plan in place by 2025.

“This is a mandate commitment, this was a platform commitment, and it’s something that we are going to do,” Jordan said.

“We have every intention of meeting that commitment, but it’s not an easy commitment to meet because there are a lot of factors that we have to take into consideration.”

Those factors include addressing the concerns of coastal communities and First Nations as well as environmental issues, “and of course, working in collaboration with the province.”

Jordan also said that the COVID pandemic delayed the start of consultations on a proposed Aquaculture Act but a discussion paper is now online at: https://dfo-mpo.gc.ca/aquaculture/act-loi/consultations-eng.html, and people will have until Jan. 15, 2021 to make comments.

Jordan and Weiler also discussed the measures the government has imposed to protect chinook salmon stocks.

“My riding’s home to a lot of recreational and commercial fishers who are disappointed with the chinook conservation measures that were outlined in June,” Weiler told Jordan.

The minster said the measures were developed with input from “a number of organizations and individuals,” including sport fishing advisory boards and First Nations.

She also said ongoing input led DFO to look again at smaller areas that are not in the chinook migratory path, allowing them to open two. One is the area known as 28-9, near the mouth of the Capilano River in West Vancouver.

“These are very difficult decisions [and] this is not something I take lightly. I recognize that people’s livelihoods absolutely depend on the fishery,” Jordan said.

“I come from a fishing community myself. I know firsthand what it’s like to see a collapse, but we have to recognize that the chinook are in serious decline, and we need to do everything possible to address that challenge... There's no silver bullet.”

Weiler also asked Jordan about how DFO is handling illegal gillnetting practices that some have pointed to as a major danger to salmon stocks.

Jordan said while there are some new regulations, “we cannot put a complete moratorium on gillnets because that would cause undue hardship to many First Nations who rely on the gill net as one of their traditional ways of fishing.”

Another potential conservation measure raised by Weiler during the town hall was “mark selective” fisheries, the practice of allowing anglers to retain hatchery salmon, marked by fin clipping – an idea supported by the Sport Fishing Institute of B.C. and already used in Washington state and Alaska.

“I am not adverse to a mark selective fishery,” Jordan said, adding that DFO is currently studying the idea. “I think that it's definitely a possible way forward. I think that there are issues that need to be addressed with regards to how we implement that fishery.”

One significant issue Weiler and Jordan did not address during the town hall was a call from the First Nations Leadership Council to close sockeye fisheries on the Fraser River and declare the stock “collapsed.”

DFO recently estimated the sockeye return could hit a record low this year, with about 283,000 fish expected to make it to the Fraser River spawning grounds – well below an earlier estimate of 941,000.