Ferry association makes pitch for BC Ferries to get wage subsidies

A group representing ferry operators in Canada is hoping to convince the federal government to make BC Ferries eligible for the emergency wage subsidy program.
May 28, 2020 8:04 AM By: Sean Eckford 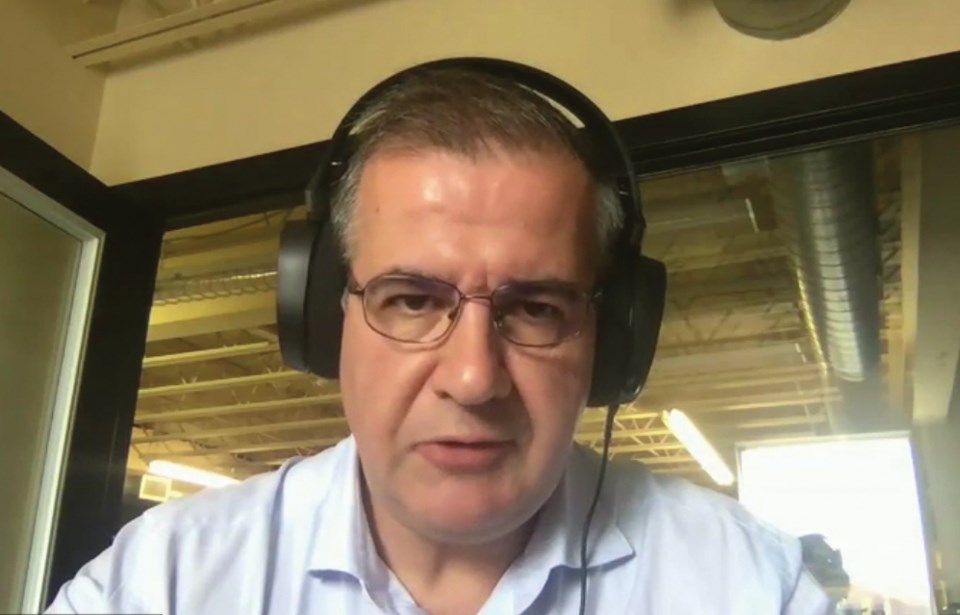 A group representing ferry operators in Canada is hoping to convince the federal government to make BC Ferries eligible for the emergency wage subsidy program.

Serge Buy, executive director of the Canadian Ferry Association (CFA), which is chaired by BC Ferries president Mark Collins, was one of several transportation industry representatives who testified at an online hearing of the Commons finance committee May 26.

Buy was appearing to make the case for BC Ferries and some smaller ferry operators serving communities along the Ottawa River, which have so far been disqualified from the Canada Emergency Wage Subsidy (CEWS).

Buy told the committee that BC Ferries is ineligible mainly because of the hybrid ownership model, which means for the purposes of the federal Income Tax Act it’s a tax-exempt Crown corporation.

“Eighty per cent of [BC Ferries] revenues come from ferry users, and with a decline of 80 per cent in traffic, the losses have been staggering for the company and are in the range of one to $1.5 million per day,” Buy said. “Due to the unique nature of its ownership, its only path for eligibility under the Canada Emergency Wage Subsidy program is to be declared a ‘prescribed organization.’”

The federal government has already designated several types of businesses that don’t meet the eligibility requirements as prescribed organizations, including companies that are at least 90 per cent owned by Indigenous governments, private schools and colleges and employee-owned enterprises.

In a briefing document prepared for the committee, the association said the consequences of such high losses could include job losses, delays or cuts in capital expenditures like new ferries with technology that reduces environmental impact, and negative effects on the economic recovery of ferry dependent communities.

It also said any negative impacts to BC Ferries have national implications because “BC Ferries has suppliers in almost all the country – from Alberta to Newfoundland and Labrador.”

Buy also told the committee that the CFA has concerns about the Transport Canada directive limiting ferries to 50 per of their usual passenger capacity, which limits the amount of revenue from fares they can make on each sailing.

“This rule ends on June 30 but could be extended. If it is, who will compensate ferry operators for the continuing losses?” he asked

At a May 27 press conference, Premier John Horgan said he continues to lobby the federal government to make both BC Ferries and the province’s transit systems, BC Transit and TransLink, eligible for federal help with operating expenses.

Buy told the committee that those efforts, and letters from Transportation Minister Claire Trevena and Finance Minister Carole James to their federal counterparts, have not yielded results even though the federal finance department and the Canada Revenue Agency have acknowledged there’s a “compelling case” to include BC Ferries in the CEWS.

“This is no longer a bureaucratic process. It is now a decision that will need to be made by the ministers,” Buy said.

“It just boggles my mind that a transportation sector so vital for Canada is not getting these supports.”

In a statement for Coast Reporter, West Vancouver-Sunshine Coast-Sea to Sky Country MP Patrick Weiler said he is “aware of concerns about the ongoing operational costs of BC Ferries” and that the federal government is “in frequent contact with provincial counterparts, industry associations and unions to discuss transportation needs and priorities in this unprecedented crisis.”

He said the discussions continue and the parties “are exploring all options to understand the challenges and help support the industry recover from the impact of COVID-19.”

Buy told the committee he felt it would be “fairly easy” to designate BC Ferries as a prescribed organization.