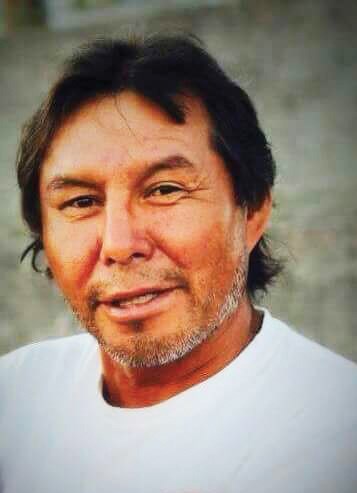 A memorial for Harry Paul will be held on the Coast on Dec. 12.

Family members are grieving the loss of 56-year-old Harry Paul this week, who died tragically Nov. 14 on a bench outside in the cold while the Sunshine Coast’s only homeless shelter lacked funding and staff to open its doors.

Paul’s nephew Justin Paul said his uncle “was a gentle guy and he wanted nothing more than to make someone laugh or to help somebody.”

“I know that he was on welfare, but every welfare day he’d always call me up and say ‘do you need some money,’ even though I’m doing OK. He was always worried about everybody else. He was the kind of guy who would give you the shirt off his back in the winter time.”

Paul had some family on the Coast and Justin said they tried to help him by giving him a place to stay several times, “but he had his pride. The only thing he had left in this world at the end was his pride.”

“He didn’t want anybody to look after him. He would never ask for help, but we did try to be there as much as we could for him,” Justin said.

He said the family was deeply saddened when they were told by Sunshine Coast RCMP that Paul had died alone in the cold. “It was very upsetting,” Justin said.

Paul was an artist who liked to tell jokes and he had served in the Navy as well as worked in construction on the Coast.

Many locals were familiar with Paul, and Justin said he was surprised at the amount of public support that came out after news of his death became public.

“I didn’t realize that he was so loved out here. I didn’t know anyone outside of his close circle of friends that he hung out with around town on a daily basis. I know that people spoke softly about Harry, but I just didn’t realize how much he affected everybody,” Justin said.

“I think the community knew the man that he was, that he was not the disease he died from.”

Justin’s family is now preparing to go back to Alberta for a memorial ceremony for Paul as most of his family lives there, but Justin said he plans to bring Paul’s ashes back to the Coast for a community memorial in the coming weeks.

“I have a lot of people who are requesting a memorial. So we’ll be bringing his ashes out here. This was always his home. Even though his family’s out in Alberta, the Sunshine Coast was his home,” Justin said.

On Wednesday, St. Hilda’s Anglican Church offered their space and the services of Rev. Clarence Li for Paul’s memorial.

He noted the family was glad to see funding come in for the homeless shelter to keep it open year round after news of Paul’s death reached the provincial government.

“I’m actually really happy about the outcome. It’s a sad end to a sad life, because he did have a hard life, but I’m glad it’s not going to be in vain, that people are being made aware of what the problem is out there,” Justin said.

“I’m just glad that what happened to Harry, God rest his soul, is actually starting to make a positive effect on what the community’s doing.”