Environment in the spotlight at final all-candidates forum

Liberal Patrick Weiler levelled some of the strongest criticism he’s made so far of the other parties at all-candidates forums during an Oct. 10 event hosted by the Sunshine Coast Conservation Association and Alliance4Democracy.
Oct 14, 2019 9:00 AM By: Sean Eckford 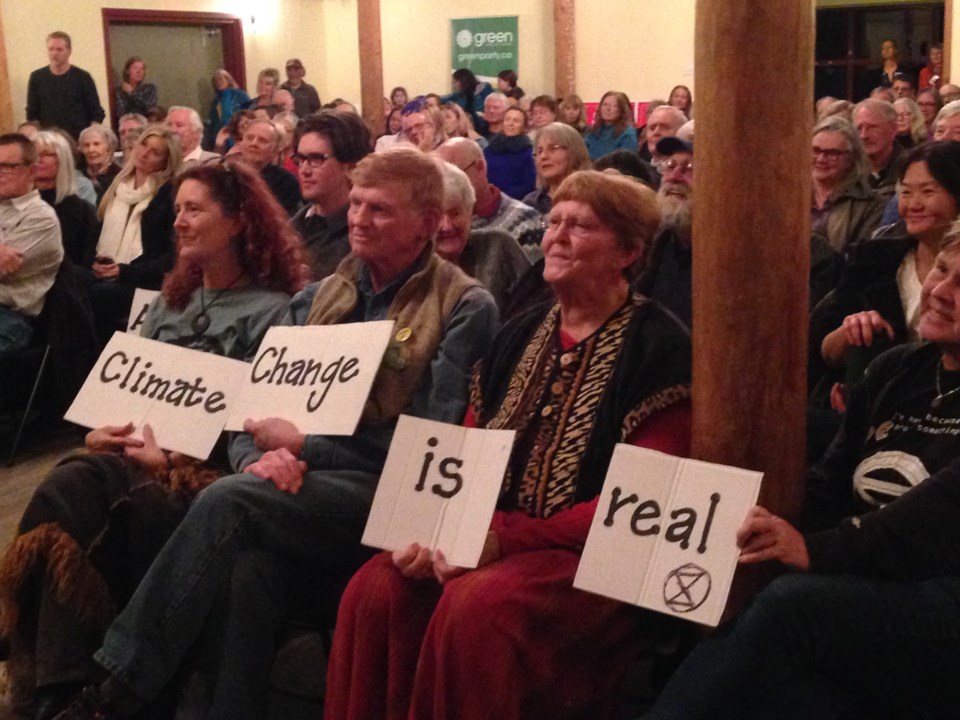 Liberal Patrick Weiler levelled some of the strongest criticism he’s made so far of the other parties at all-candidates forums during an Oct. 10 event hosted by the Sunshine Coast Conservation Association and Alliance4Democracy.

The focus was on environment and climate change, and the forum was also the last all-candidates meeting planned for the Coast before Oct. 21.

“Elect a Liberal or Conservative and what you get is a bench-warmer, neutered by their party’s whip, caucus chair and leader,” Taylor said, repeating a phrase he’d used at other all-candidates forums. “This election we have options and the option is to either vote for who you care for, vote with your heart, vote for what you wish for or, if you really want to vote strategically, vote Green.”

Wilson positioned the NDP as the real “party of progressive political change” responsible for social programs like medicare, Employment Insurance and the Canada Pension Plan, as well as the party with the best plan to tackle climate change.

People’s Party candidate Doug Bebb, who sat facing a group from the Extinction Rebellion movement, holding signs that said, “Climate change is real” and “Act now,” addressed them directly in answering the first question from the moderator, which was based on a series of four questions submitted to the candidates in advance for written responses.

“Climate change is real,” said Bebb, going on to claim there is “no consensus on the theory that carbon dioxide is the primary driver of global climate and very few scientists think we’re in some kind of crisis at the present time.” The response drew disapproving murmurs from the crowd and prompted at least on person to yell, “You’re full of it!”

The two candidates considered least likely to draw a large percentage of the vote found themselves in agreement on one of the strategies needed to protect wild salmon, which was also part of the advance questions.

“We must seriously consider a sea lion cull,” Rhino Gordon Jeffrey said. “Nobody wants animals to die or suffer unnecessarily, but we need to step back and look at the implications of a dwindling salmon stock on the ecosystem as well as unintentional human effect… While rare and often controversial, culls are an important part of wildlife management.”

Terry Grimwood, an independent, also called for a cull, targeting seals as the species causing the most damage to salmon.

Conservative Gabrielle Loren was not at the Roberts Creek forum, but did submit written answers to the four advance questions – which have been posted at the Conservation Association’s website: www.thescca.ca