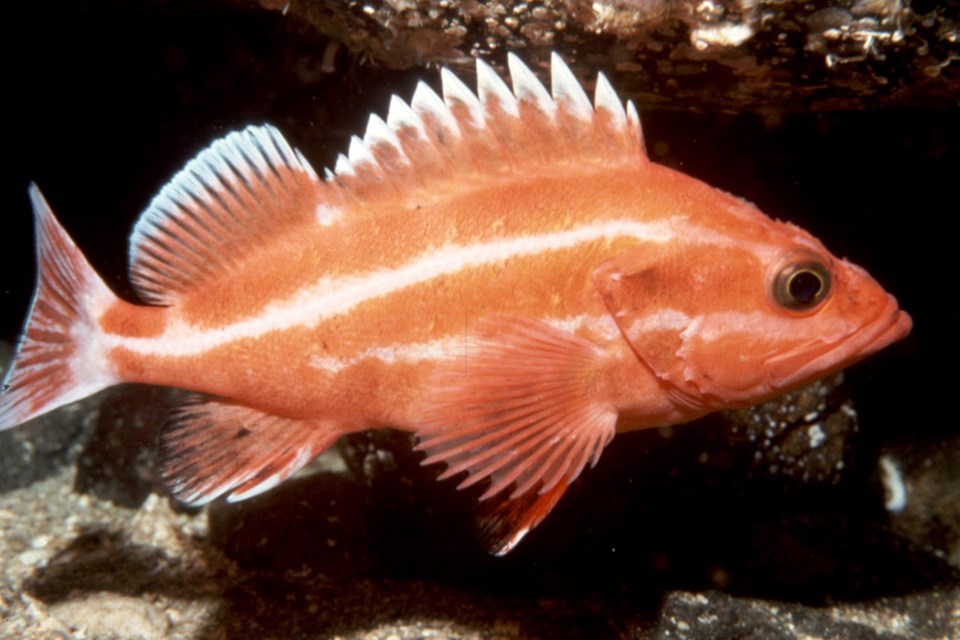 At Sechelt Provincial Court on Feb. 23, Judge Daniel Steinberg issued Chuck Fung and Niu Shu a $5,000 fine each and a one-year fishing prohibition. As part of the sentence their vessel, gear and fish were forfeited.

Powell River-based fishery officers were alerted to the illegal fishing by a report to the Observe Record Report hotline and when they attended found and seized 27 rockfish and seven undersize lingcod. Gear and vessel were also seized in the investigation.

Sunshine Coast residents Charles and Kristopher Nichols were sentenced by Judge J. Challenger on a number of fishing convictions last year, with fines totalling approximately $3,750 and $9,000, respectively, as well as the forfeiture of their vessel.

However, the pair are appealing their convictions and sentences, federal Crown prosecutor Alexander Clarkson told Coast Reporter, and an appeal hearing has been set for June 9 in Vancouver.

According to court documents, the Nichols were accused of catching prawns near Nelson Island in May 2017 during a fishery closure and without a licence.

Major fines were also handed down in February to a Vancouver resident who was fishing in the Desolation Sound area in June 2019.

Hai Trinh was sentenced Feb. 4, with fines amounting to $30,000 and forfeiture of $12,630 in seized prawns. He was also forced to forfeit additional tubs of undersized prawns.

Fishery officer Matt Conley with Fisheries and Oceans Canada described the fines as “substantial,” adding that fishing undersized prawns and during a closure is a significant violation for conservation reasons.

While that incident occurred in the Powell River area, Conley told Coast Reporter he has noticed “a definite upward trend in violations on the Lower Sunshine Coast” over the seven years in his role, with places like Egmont turning into chronic problem areas. “It seems remote but it’s still a spot we go to regularly,” he said.

Prior to the 2020 federal election, Sechelt Mayor Darnelda Siegers asked the federal fisheries minister to reinstate a Department of Fisheries and Oceans field office in Madeira Park that had closed in 2012, with two staff moved to Nanaimo and Powell River.

She also called for an increase in enforcement of poaching activities on the Coast. As of March 2, there have been no updates on that file, Siegers told Coast Reporter.

The Powell River office covers Toba Inlet to the north and Howe Sound to the south. “It’s an enormous area to cover and we have definitely noticed that we need to spend more time on the Lower Sunshine Coast, and we have been,” said Conley. “We’re coming across a lot of serious violations.”

Federal politicians have supported reopening of the Madeira Park office and stepping up enforcement. The DFO added a third officer to the Powell River office following lobbying efforts by former MP Pamela Goldsmith-Jones in 2018.

Patrick Weiler, MP for West Vancouver-Sunshine Coast-Sea to Sky Country, told Coast Reporter in an email he has raised fisheries enforcement and poaching issues “and concerns about the level of funding of DFO activities on the Coast” with Fisheries Minister Bernadette Jordan, parliamentary secretary Terry Beech, “and caucus more broadly both in my individual capacity, and in my capacity as the chair of Pacific Caucus.”

He said he welcomes the larger poaching sentences and supports more “resources being directed to provide a sufficient deterrent effect.”

“Reopening the Madeira Park DFO station is another measure that may help with this issue, something I continue to raise with Minister Jordan,” he said, adding that he is also working closely with shíshálh Nation to find partnership opportunities to deter poaching and other illegal activities.

Sechelt continues to explore options for hatchery funding
Sep 13, 2020 7:14 AM