Fisheries officers made a couple of significant seizures in waters off the Sunshine Coast after alleged violations of fishing regulations earlier this month – one involving a commercial fishing operation and another involving recreational anglers.
Jul 9, 2020 12:28 PM By: Sean Eckford 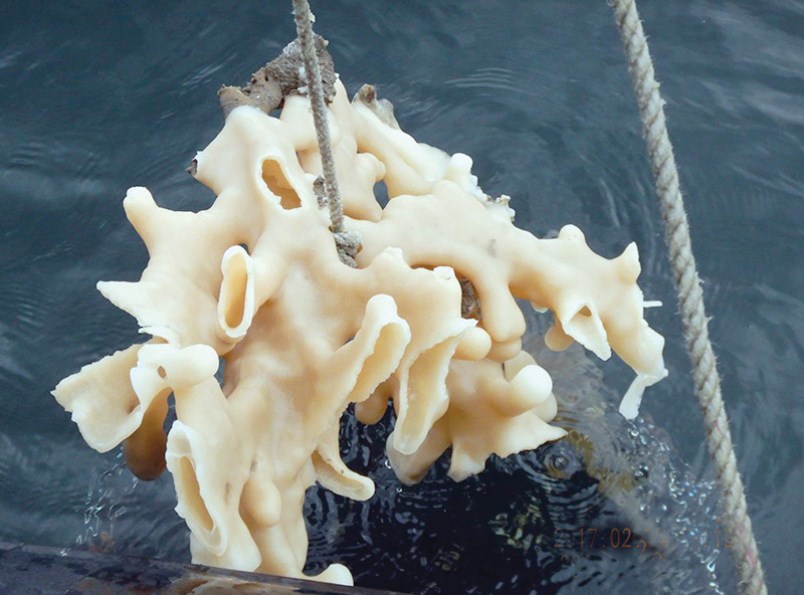 A 2017 photo showing the damage that prawn traps can do to glass sponge reefs.DFO Photo

Fisheries officers made a couple of significant seizures in waters off the Sunshine Coast after alleged violations of fishing regulations earlier this month – one involving a commercial fishing operation and another involving recreational anglers.

Ben Rahier of the Department of Fisheries and Oceans (DFO) office in Powell River, which is responsible for the Sunshine Coast, said between July 2 and July 4 fisheries officers found 300 spot prawn traps set in an area off Sechelt that is closed to protect glass sponge reefs.

The traps and a commercial fishing vessel were impounded and charges are pending.

Rahier said in that case a boat and fishing gear were seized and charges are being recommended to the Crown.

Rahier told Coast Reporter that DFO has also been busy enforcing the regulations around chinook fishing, which currently allow catch and release only.

Georgia Strait north will reopen for chinook retention July 15, with a limit of one per day with a size between 62 and 80 centimetres until Sept. 1 and then a two per day limit from Sept. 1 to Dec. 31.

Rahier said fisheries officers have seen a larger number of violations this year than last season when similar rules were in place.

Howe Sound and the waters of Georgia Strait south of Gower Point, which are patrolled by fisheries officers from Squamish and Steveston, will not be reopened to chinook fishing until Sept. 1.

“These new measures are difficult, but they are necessary to address Fraser River chinook declines,” DFO said when the 2020 chinook management measures were announced. “A continued decline would irrevocably harm species that depend on the survival of chinook salmon, such as the southern resident killer whale. In addition, it would permanently affect the culture, heritage and livelihoods of Indigenous communities and permanently eliminate many jobs in the recreational and commercial fishing industries.”