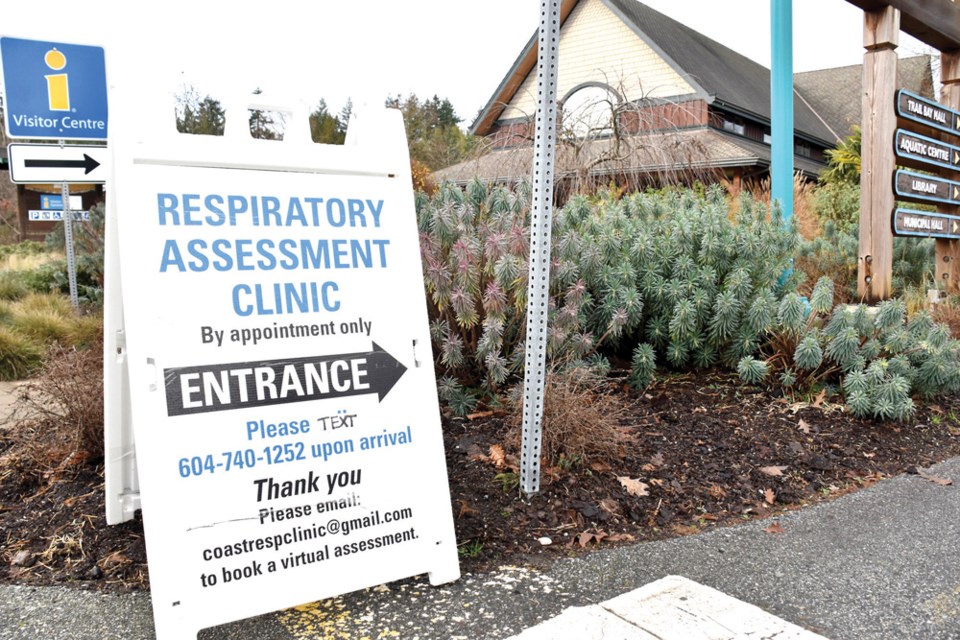 COVID-19 appears to be spreading again on the Sunshine Coast, following a short period of relatively low case numbers in the second half of December and early January.

Between Jan. 11 and Jan. 15 nearly 20 people tested positive for the virus, according to the Sunshine Coast COVID Physician Task Force, who announced the numbers ahead of official data for the local health area released by B.C. Centre for Disease Control (BCCDC).

The agency’s data show the average daily rate for the larger North Shore-Coast Garibaldi health service delivery area – which includes the Sunshine Coast, West and North Vancouver and Howe Sound – from Jan. 8 to 14 was between 5.1 to 10 cases per 100,000 people.

The task force attributed the recent spike to family and social gatherings during the holidays, off-Coast travel “and other activities that increase the risk of transmitting COVID-19.”

“Please do everything you can over the next few weeks and months to prevent this from spreading further,” said the update.

Last week’s spike came after a period of low infections on the Coast.

BCCDC’s latest data for the Sunshine Coast local health area show from Jan. 3 to 9 one person tested positive. There were no cases in Powell River and 14 in Howe Sound. The week before that, three cases were confirmed on the Sunshine Coast.

At between 0.1 and 5 cases per 100,000, the Sunshine Coast’s daily case rate was among the lowest in the province during those weeks.

According to the latest BCCDC situation report, released Jan. 15, testing rates and the percentage of positive tests were stable in the last weeks of the year, however there’s been a decrease in testing and fluctuation in the percentage of positive case in recent weeks, “likely owing to changes in testing criteria and decreased testing during the holiday,” said the report.

The last time more than a dozen people tested positive on the Sunshine Coast within a week was in early to mid-December, when 34 cases were confirmed from Dec. 6 to 19.

B.C. has also begun reporting confirmed cases of COVID-19 variants. As of Jan. 15, four cases of the U.K. variant were identified, as was one with the South African variant – both of which appear to be more contagious, says BCCDC.

As of Jan. 15, nearly 76,000 people in B.C. have received vaccinations – that includes on the Sunshine Coast, where “almost all of our long-term care residents and health-care workers” received their first of two doses, according to the task force.

“While this does not provide full protection, it does ensure that our most vulnerable community members have some protection from COVID-19,” they said.

However, the rollout of the immunization program across the province has slowed because of upgrades to a Pfizer vaccine production facility.

“We are disappointed to hear today there will be a short-term delay in the delivery,” said a Jan. 15 joint statement from provincial health officer Dr. Bonnie Henry and Health Minister Adrian Dix. “We are working closely with the federal government to determine how this might impact our immunization rollout in the immediate term, and we will have more to share in the coming days.”