B.C. Ferries will be able to raise ferry fares by as much as 2.3 per cent annually starting next year after a final ruling by the Office of the B.C. Ferries Commissioner.
Oct 1, 2019 10:41 AM By: Andrew Duffy 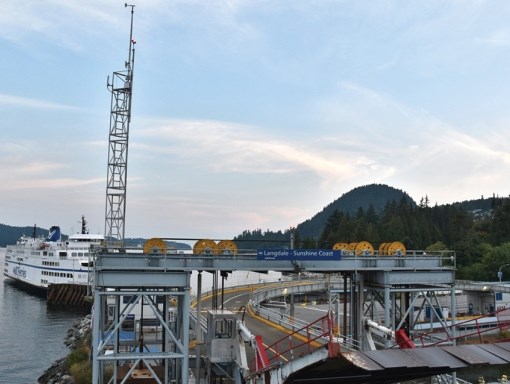 B.C. Ferries will be able to raise ferry fares by as much as 2.3 per cent annually starting next year after a final ruling by the Office of the B.C. Ferries Commissioner.

“This final price-cap decision confirms the preliminary decision announced on April 1 of this year,” commissioner Sheldon Stoilen said in a statement. “We believe these increases are in the public interest — affordable to ferry users and taxpayers, while sufficient to allow B.C. Ferries to meet their financial targets, barring any extraordinary situation.”

The maximum yearly fare increase of 2.3 per cent is based on total operating expenses increasing at, or just above, the rate of inflation.

In arriving at the decision, the commissioner considered additional information including amendments to the Coastal Ferry Services Contract between the province and the corporation, updated traffic volume forecasts, input from B.C. Ferries, the provincial government and public.

The commissioner also confirmed an energy efficiency target — one per cent of annual operating, maintenance and administrative expenses — that B.C. Ferries has to meet each year.

In announcing the cap, the commissioner used the occasion to once again urge B.C. Ferries to establish greenhouse gas reduction targets, and to pursue the full electrification of the new Island class ferries as soon as the infrastructure and technology are available.

B.C. Ferries is already working on that.

Spokeswoman Deborah Marshall has said two 47-vehicle hybrid-electric ferries will be in service early next year, and converted to fully electric when possible.