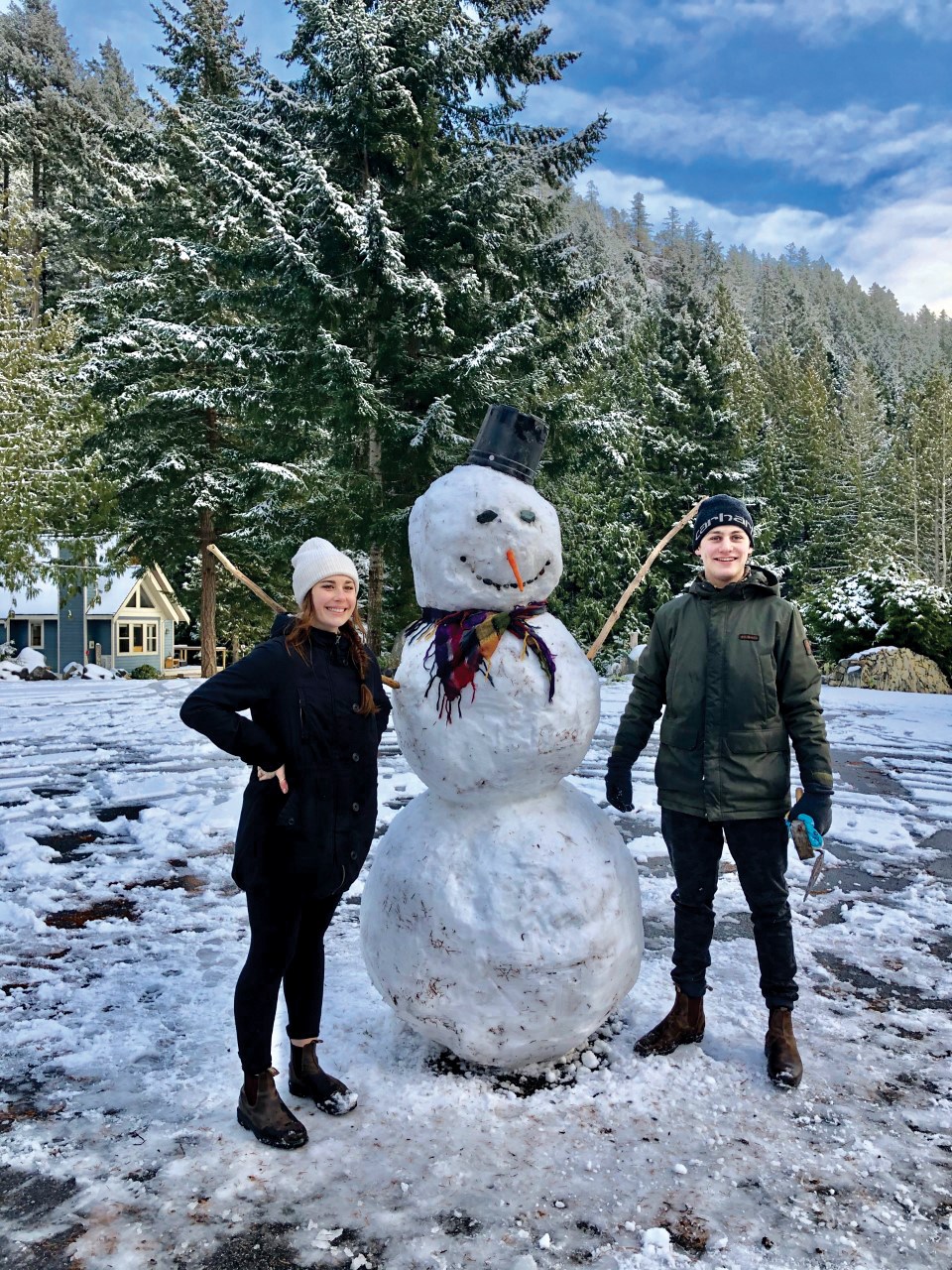 Snowmen popped up everywhere last weekend on the Sunshine Coast, including this tall fellow at Daniel Point.Submitted Photo

A push of Arctic air that plunged the Sunshine Coast into a deep freeze last week was cold enough to break one record, but the snow that came with it didn’t cause any major incidents on the roads.

Environment Canada does not track snow accumulation amounts on the Lower Sunshine Coast, said meteorologist Bobby Sekhon, but instrumentation at a Powell River site showed a total accumulation of 12 centimetres from Feb. 13 to 15.

Tyler Lambert of Capilano Highways said the lower Sunshine Coast was spared from considerable accumulation amounts compared with Powell River and no major incidents were reported on the roads. “We stayed ahead of it the whole time,” he said.

A record was broken in the early morning hours of Feb. 12 in Sechelt when the thermometer dropped to -5.5 C. The previous record was set in 2018 when the temperature fell to -3.6 C, according to Sekhon. Record monitoring began in 1905.