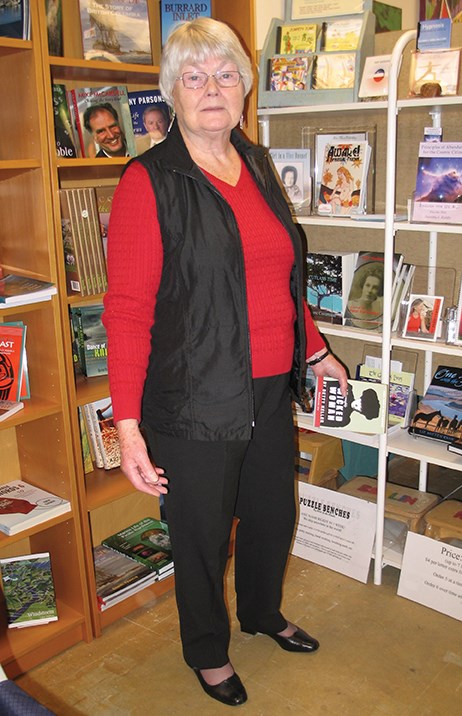 Betty Keller with a copy of her book, A Thoroughly Wicked Woman, in a file photo from 2017.Jan DeGrass Photo

Sunshine Coast writer Betty Keller is the 2021 recipient of the George Woodcock Lifetime Achievement Award for B.C. Literature, given annually to “a B.C. author whose enduring contribution to society spans several decades.”

The award, announced Feb. 25, is sponsored by the City of Vancouver, Vancouver Public Library, and Pacific Bookworld News Society, and co-sponsored by Yosef Wosk and the Writers Trust of Canada. Keller is the annual award’s 28th recipient.

As part of the award package, which includes a $5,000 cheque, Keller’s name will be engraved on a marble plaque to be installed in Vancouver Public Library’s Woodcock Walk of Fame along with past recipients, among them, Patrick Lane, Jane Rule, and Nobel Prize-winner Alice Munro.

Keller is “a long-respected matriarch of the literary arts in this province," the prize jury said in a statement. She has received nearly a dozen awards since 1985, including the Queen’s Golden Jubilee Medal in 2002, and the B.C. Lieutenant Governor’s Award for Literary Excellence.

Keller told Coast Reporter she had no idea her name was being considered for this honour. “I am not going out of my way to seek prizes,” she said. “They tell me this is the ultimate prize in the B.C. publishing world. I have rather been stunned by it each time, so this was the ultimate stunning. But, you just get on with your life, you know?”

Keller, who turned 90 last year, has had 17 of her own books published, and has also been consistently active in many writing-related pursuits and projects both before and after she “retired” to Sechelt from the Lower Mainland in 1980. Among her crowning achievements was the founding of the Sunshine Coast Festival of the Written Arts.

“It’s great to see Betty get it,” said Sunshine Coast publisher and author Howard White, who is also president of Pacific Bookworld News Society. “She was up against some of the biggest names in B.C. writing, but what impressed the judges was all the extracurricular work she has done besides write her own excellent books,” White added. “She worked for years teaching writing and drama in high school and university, she mentored dozens of other writers who have gone on to distinguished careers and she has had a prodigious career as editor, acting as literary midwife to assist countless authors in making the most of their talent. Her life is model of selfless dedication to the cause of B.C. literature.”

Those qualities were echoed by author Jan DeGrass, who noted that Keller still actively mentors more than a dozen local writers to this day. “[R]eally, her greatest achievement is in how she inspires us, edits our work, critiques it, drives us toward getting published and celebrates our accomplishments,” DeGrass said.

The award, named for B.C. literary giant George Woodcock, “Canada’s Tolstoy,” will be formally presented to Keller in June.