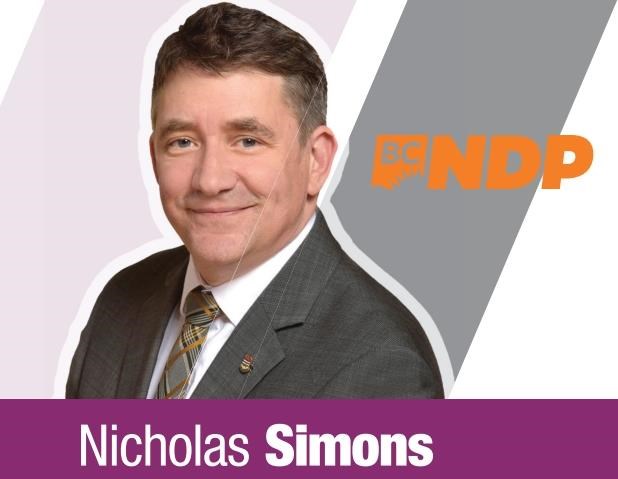 NDP incumbent Nicholas Simons, 55, has lived in the riding for the past 30 years – 19 of them on the lower Sunshine Coast and 11 in the Powell River area.

A former social worker, Simons was first elected to the legislature in 2005 and is seeking his fifth term.

Coast Reporter asked all three candidates about the biggest change they’ve noticed or biggest adjustment they’ve made to how they’re campaigning because of the pandemic.

Simons said it was “not shaking hands or hugging and often not seeing facial expressions [and] to being able to work more closely with campaign staff and volunteers.”

Asked to pick a key issue he’d been hearing about on the virtual doorsteps and how he’d tackle it, Simons responded:

“The biggest question I hear is ‘how are we going to manage the impacts of the COVID-19 pandemic?’ I will advocate for continued investments in public health including hospitals, urgent care centres, and long-term care homes, to reduce surgery wait times, and to educate, train, and recruit health care and other front-line workers. We need to build an economic recovery that includes everyone.”

When the election was called Sept. 21, Simons said he thought Premier John Horgan had “made a pretty good case” for an early election call. “What we want to see is the public having a mandate to choose a government that will carry them through this challenging period ahead.”

“Unfortunately, BC Ferries has characterized that as only for urgent medical treatment,” Simons said.

Simons was our guest on Coast Reporter Radio Oct. 15

Coast Reporter Radio · An interview with the NDP's Nicholas Simons