Sechelt restaurant owner Scarlet Osborne is disappointed eligibility for COVID-19 benefits weren’t broadened to include new businesses in the federal budget, but that’s not stopping her and a growing number of advocates from demanding an
Jun 10, 2021 11:23 AM By: Sophie Woodrooffe 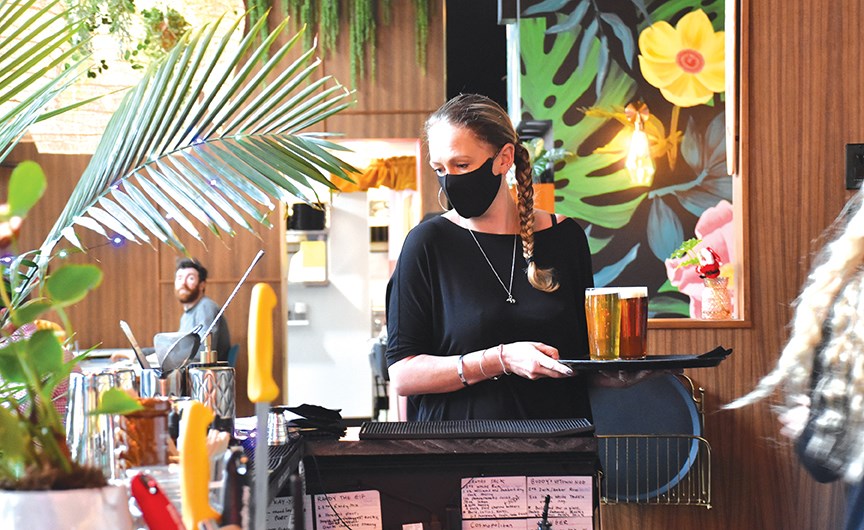 Sechelt restaurant owner Scarlet Osborne is disappointed eligibility for COVID-19 benefits weren’t broadened to include new businesses in the federal budget, but that’s not stopping her and a growing number of advocates from demanding an equal playing field.

“They have to do it. They have to step up and support these businesses,” Osborne told Coast Reporter.

About 80 businesses from the hospitality, fitness, accommodations and tourism sectors across Canada have joined forces with Osborne for a “save startups” campaign, seeking to modify eligibility rules so that businesses that opened March 1 last year or later can access the Canadian Emergency Wage Subsidy (CEWS), rent subsidy (CERS), the Canadian Emergency Business Account (CEBA) and the Highly Affected Sectors Credit Availability Program (HASCAP) benefits already offered to established businesses by the federal government.

Osborne had raised the flag on the fact that new businesses legally and financially committed to opening were falling through the cracks after she discovered her own restaurant, El Segundo, wouldn’t be eligible since she couldn’t demonstrate revenue for 2019 or the first two months of 2020.

She launched an online petition, which was eventually presented in the House of Commons by West Vancouver-Sunshine Coast-Sea to Sky Country Liberal MP Patrick Weiler, but eligibility rules were never changed.

With Save Startups, Osborne is hoping to build a larger movement. The campaign has been endorsed by municipalities including Sechelt, Banff and Victoria, and has garnered support from industry groups, provincial and federal politicians, including South Surrey-White Rock Conservative MP Kerry-Lynne Findlay and Courtenay-Alberni NDP MP and small business critic Gord Johns.

The group is circulating paper petitions, expected to be tabled by MPs across Canada, requesting the eligibility criteria be fixed so new businesses aren’t left out.

The campaign has also offered a solution of its own after 25 businesses provided detailed financial information showing the impact of COVID-19 on their bottom lines.

The solution proposes offering an alternative baseline revenue option for the CEWS and CERS by allowing new businesses to compare post-COVID earnings to their pandemic revenue. Those losses would then be made up by benefit back payments. In the meantime, businesses could consolidate debt if eligibility adjustments were made for the HASCAP.

The businesses that have made it through the worst of the pandemic health restrictions are the ones that have deeper pockets, said Osborne, which makes access to loans all the more important, as well as back pay for businesses like hers, which couldn’t access benefits for more than a year while competing against businesses that have.

“We get to the end of the pandemic and people tend to say, you made it, the end is in sight, but it’s not,” said Osborne, since businesses will now have to take longer paying back loans.

Weiler cited “unintended consequences” that could come from broadening eligibility when asked recently about the status of the changes and proposed solution.

“It’s a frustrating problem that we haven’t been able to solve yet,” he said, before acknowledging the government needs “to find a way of being able to support those businesses, so they can keep employing folks and help lead to a more robust recovery.”

And while he did take the proposed solutions to the Department of Finance, no changes have been proposed, and none appeared in the federal budget, which is on its way to third reading and adoption before the House of Commons recesses for the summer.

For Osborne, the lack of eligibility changes in the federal budget were “an absolute kick in the gut.”

“It’s exactly the same outcome,” she said. “All these other businesses that are industry peers that … we are in competition with [are] getting support where we’re not. It’s devastating.”