Call for guaranteed income made with Davis Bay banner drop

Similar actions were also taken in Vancouver, Kelowna, Victoria and Nanaimo
May 4, 2021 12:40 PM By: Sophie Woodrooffe 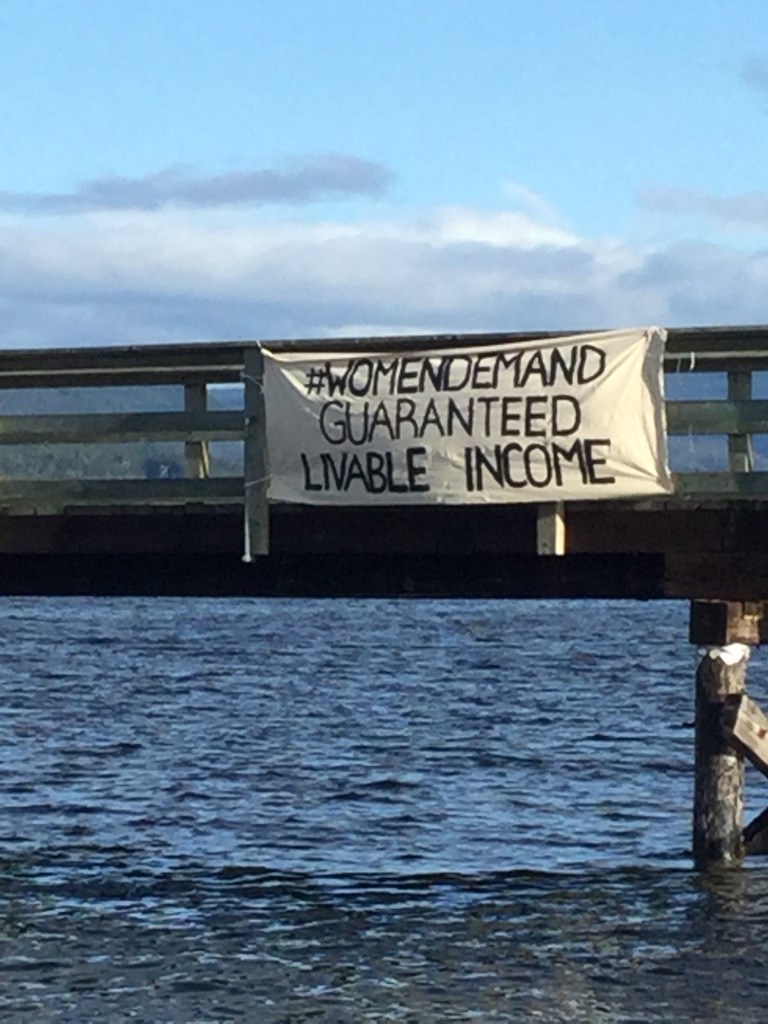 A banner drop at Davis Bay pier on Saturday, May 1.Submitted photo

A banner was dropped from the railings of the Davis Bay pier on May 1 as part of a province-wide campaign led by the BC Women’s Alliance demanding a guaranteed livable income.

“As the federal and provincial governments plan for economic recovery from the COVID-19 pandemic, we insist on women’s entitlement to better than a ‘return to normal’ since for many, the ‘old normal’ was based on economic and other inequalities of women, Indigenous people, and people of colour,” said Women’s Alliance organizer Jacqueline Gullion.

“Women require monumental, urgent change, including here in B.C. We have a chance to build a just future for women and for all, starting with a Guaranteed Livable Income.”

The federal Liberal Party had voted at their April convention to include a guaranteed basic income in their policy book.

A report from the parliamentary budget officer released a day before the convention suggested a universal basic income could halve poverty rates in Canada in one year.

However, no income scheme appeared in the budget released later in the month.

The alliance wants all residents of Canada to receive a livable income, regardless of citizenship status, without a means test, job search requirement, and given to individuals rather than families, according to the release.

– with files from Canadian Press