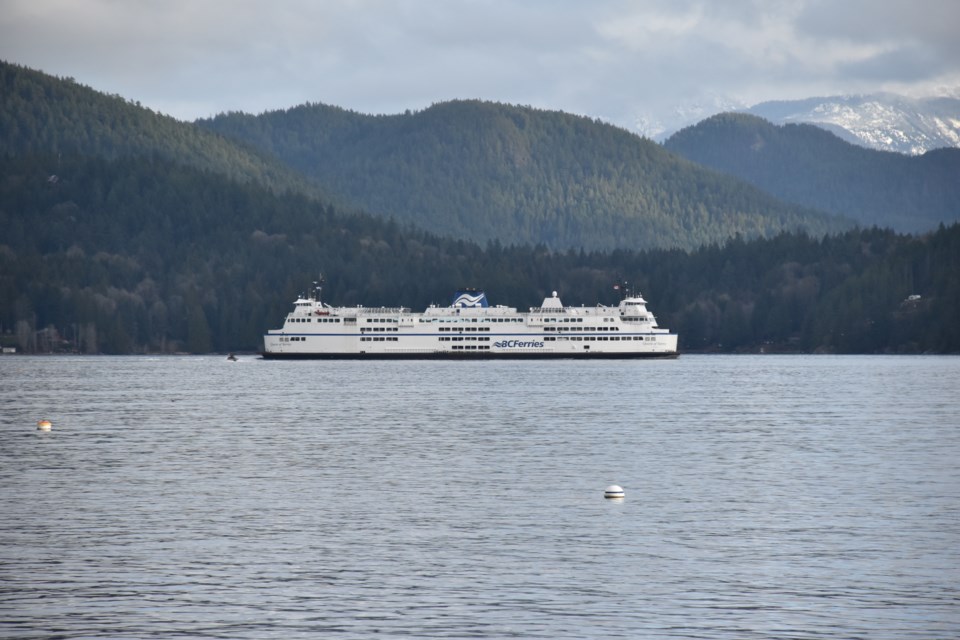 A BC Ferries vessel sailing through Howe Sound. Sophie Woodrooffe
Along with the experience of high traffic volumes and website malfunctions, BC Ferries is adding increased costs for travellers by reducing the fuel rebate it passes on to customers effective Aug. 1.

For Route 3 (Langdale-Horseshoe Bay) the rebate change will mean a car and driver will pay 45 cents more if an Experience Card is used, and 65 cents more without card use.

For adult walk-on passengers, costs will go up by 10 cents for Experience Card users and 15 cents for others.

The rebate is also being reduced on other routes as the company reduces fuel rebates from 1.5 per cent to 0.5 percent. The resulting changes to travel costs on Lower Mainland to Vancouver Island routes and on inter-island routes are lower than on Route 3.

According to a press release issued July 15, BC Ferries closely monitors the cost of fuel and applies a rebate or surcharge, or neither, under a regulatory process that is independent of fares. The company does not benefit financially from surcharges or rebates.

The release went on to say, “Caring for the environment, coupled with travel affordability, are top priorities for BC Ferries. Good fuel cost management has helped hold the cost of travel flat or reduced it every year for the past four years.”