The Sunshine Coast Festival of the Written Arts (SCFWA) is back, thanks to B.C.’s gradual recovery from the COVID pandemic, and to contingency planning by the festival’s organizers.
Jun 3, 2021 4:32 PM By: Rik Jespersen Arts & Entertainment Writer 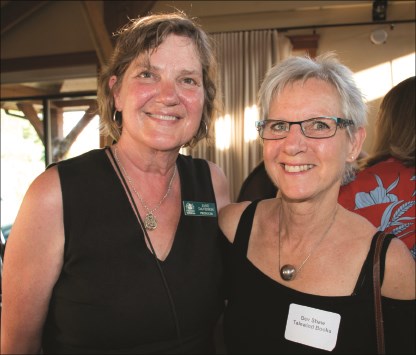 The Sunshine Coast Festival of the Written Arts (SCFWA) is back, thanks to B.C.’s gradual recovery from the COVID pandemic, and to contingency planning by the festival’s organizers.

The provincial government’s four-step “restart” program announced May 25 gives the green light to the SCFWA board of directors and festival producer Jane Davidson to put in motion a plan they created last October. It calls for the festival to be staged on Sunday afternoons over a six-week period starting July 4. The final weekend will feature six events, from Friday, Aug. 13 to Sunday, Aug. 15.

Contrast that to the intensity of the mid-August reader-and-writer love-ins of recent years, when more than 20 events would be packed into three- and a-half days. But at least the festival – cancelled outright in 2020 – has returned, even though it’s been pared down due to the pandemic.

Writers, as always, will share readings and conversations with audiences at Sechelt’s Rockwood Pavilion. But this year, attendees will be safely scattered among the venue’s 400 seats.

Festival tickets usually go on sale at the end of May, but pandemic uncertainty has delayed that, likely until mid-June. “I’m really concerned that there are people who are going to be disappointed,” said Davidson. “In a normal year, we print and issue 8,500 tickets. This year, we will have fewer than 500 to sell for the entire summer.”

Step 3 of B.C.’s restart plan is scheduled to start July 1, presuming vaccinations continue to increase and COVID continues to recede. If so, the provincial health officer [PHO] has said capacity at events like the festival could allow more than 50 people in their venues at a time. How many more is yet to be announced.

“We’ll assess as we go along,” Davidson said. “If we have clear go-ahead from the PHO and we feel confident about increasing the number of tickets, we will.”

A schedule of writer events and information on ticket sales will be posted on the SCFWA website, writersfestival.ca.

All will not be lost for those who cannot get tickets. Professionally recorded videos of all events are also being produced this year and will be viewable online “as a virtual festival for the last two weeks of August,” Davidson added.