The past year has been a challenge for most of us, but for Sunshine Coast-based singer-songwriter Michael Friedman and his wife Marilynne, it’s been a bit more daunting.
Jun 10, 2021 10:33 AM By: Rik Jespersen Arts & Entertainment Writer 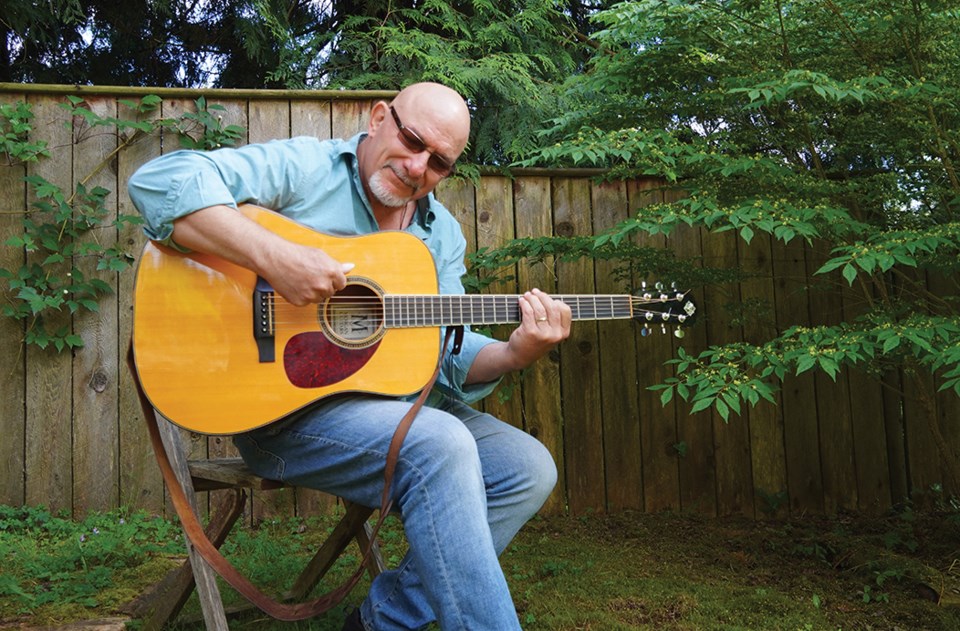 Michael Friedman, here in his Elphinstone backyard on June 5, is once again able to hit the low notes in his tunes. RIK JESPERSEN PHOTO

The past year has been a challenge for most of us, but for Sunshine Coast-based singer-songwriter Michael Friedman and his wife Marilynne, it’s been a bit more daunting.

A polyp on Friedman’s vocal cords, and more polyps in his sinuses, were already posing a career-ending threat, and risky surgery had to be scheduled. Then add to that a bout with COVID-19.

Nine months ago, a few days after a recording session at a local studio, Friedman, 67, was notified that another person at the session had contracted coronavirus. “Two days later, I got tested and it came back positive,” Friedman told Coast Reporter. “The worst part of it was passing it on to Marilynne. Two days after I was positive, she was also down for the count.”

For the next week or more, both experienced chills, fever, gastro-intestinal distress, and other flu-like symptoms. “Luckily, none of us [including the person Michael caught COVID from] came out with any residual effects afterwards. It can wreak havoc, but it didn’t in our case. We were fortunate.”

Then there was matter of the polyps.

“I’d been having issues with my vocal cords and my sinuses for years,” Friedman said. “I’d been noticing that little by little I was losing some of my [voice’s] low end – three whole tones. I wasn’t able to do some of my songs in the original keys and had to keep singing them in higher registers.”

Vocal-cord surgery can be perilous for singers. Most come through it fine, but others, like Dame Julie Andrews, of Mary Poppins fame, can suffer permanent damage. Andrews has yet to recover her four-octave range after throat surgery more than 20 years ago.

Friedman had his operation in Vancouver this past March, and as with his bout with COVID, there have been no serious ongoing effects. “It’s more the subtleties, you know. The [vocal] things that I still have to work on, most people wouldn’t even notice,” said Friedman. “It’s not a problem, it just takes time.”

Friedman’s resume includes four solo albums and two albums with the band FFM, plus years as a musical director at CBC, and as a composer of documentary film soundtracks.

He hopes to tour again with his frequent collaborators, bassist Kerry Galloway, and Ed Henderson, a composer and lead guitarist for the band Chilliwack.

In the meantime, Friedman said he’d like to do some solo gigs around the Coast before a performance of some of his music with an orchestra and choir in Germany, scheduled for October.