Ruth Rodgers’ third historical novel is a departure from her previous two, Those Who Wander, and Those Who Stay, both of which were set on the Sunshine Coast in the late 1800s and early 1900s.
Jul 15, 2021 10:26 AM By: Rik Jespersen Arts & Entertainment Writer 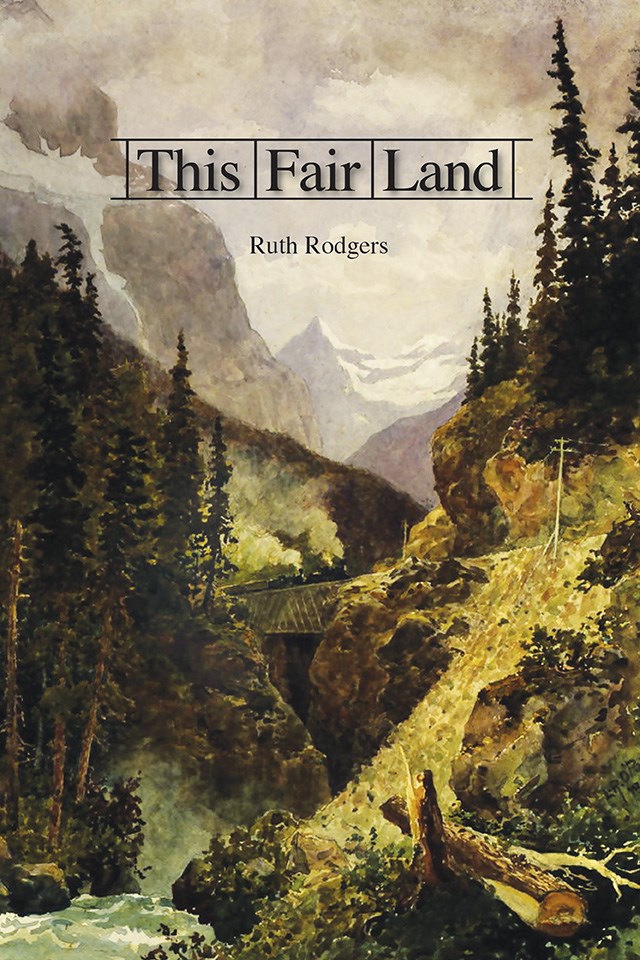 Ruth Rodgers’ third historical novel is a departure from her previous two, Those Who Wander, and Those Who Stay, both of which were set on the Sunshine Coast in the late 1800s and early 1900s. The new book, This Fair Land, is told in the same period but takes us to Vancouver, the B.C. Interior, and much of the way back east.

A Halfmoon Bay author, painter, and former teacher, Rodgers “explores a pivotal time in Canadian history, when the country was brought together for the first time by the transcontinental railroad and yet still deeply divided by racial prejudices and ingrained attitudes of class and entitlement,” as she wrote in a release announcing her July 6 online book launch.

The novel’s chapters alternate with the stories of Stanley, a Black porter on the Canadian Pacific Railway’s sleeper-cars, and Su Lin, the daughter of Chinese immigrants and who, through her own wit and pluck, also wins a job working on the newly minted passenger trains.

As we are reminded to this day, most colonizers and settlers of this country treated the non-white inhabitants abominably, far into the 20th century. This Fair Land, which takes us to 1924 in freewheeling Montreal, tells of the Black and Chinese experiences through Stanley and Su Lin, who respond to their cruelly difficult and sometimes perilous circumstances with quiet outrage and, ultimately, winning determination.

“Canadian history fascinates me because even though I was raised and schooled in Canada, I have discovered that there are all kinds of stories about Canada that I knew nothing about,” Rodgers said at the book launch. “What keeps me interested in writing is ferreting out these sort of hidden stories about Canadian history, that show us to be maybe a little bit different than we thought we might be.”

Rodgers’ unearthed nuggets of our documented past are often not pretty, but weaving them into the narrative brings both the unvarnished reality and the fiction to life.

This Fair Land is available at Talewind Books in Sechelt, EarthFair in Madeira Park, and on Amazon.