Festival wraps up with Highlights Concert 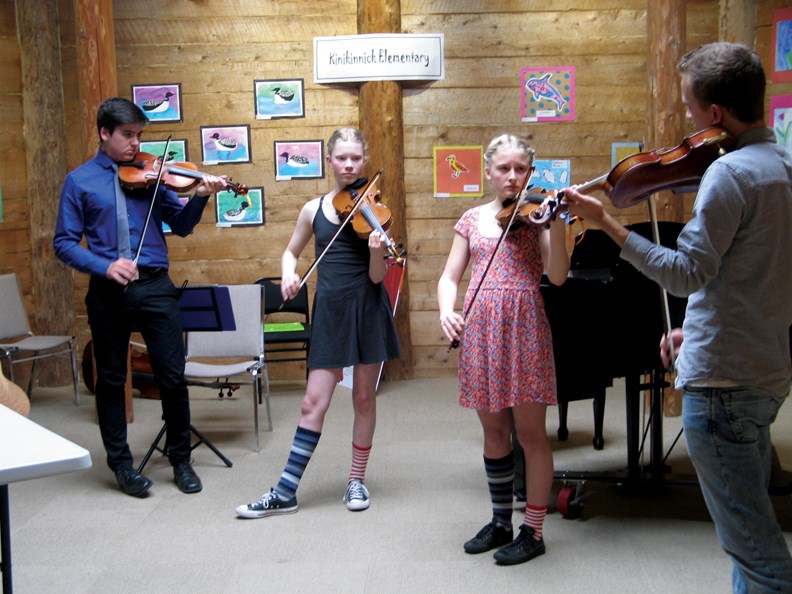 The Sunshine Coast’s longest running festival wraps up its 44th year on May 7 with a Festival Highlights concert at the Raven’s Cry Theatre. The Festival of the Performing Arts (SCFPA) is a month-long experience for youth and adults that combines concert quality performances with constructive critique from off Coast adjudicators.

This year the adjudicators were all exceptional, said Barbara Lightfoot, president of the non-profit society that organizes the festival.

“They gave insightful adjudications individually,” she said, “demonstrated how improvements could be achieved, plus mini workshops to class groups, above and beyond our expectations. Students, parents, teachers and the board of the SCFPA – all of us learning something in the process.”

This year SCFPA was offered three recommendations towards a delegation to the BC Provincial Festival as performers, including one recommendation for dance, which is a first for the Festival.

The music opened with piano competition from numerous youthful pianists, culminating in the piano highlights concert on April 23.

The Folk Instrumental event was a highlight for this audience member. Advanced soloist fiddlers Mari Nielsen, Hayden Rogers and Bridget Graham gathered at the S.C. Arts Centre to play and hear comments from an enthusiastic adjudicator, Gabriel Dubreuil, a Berklee graduate and a classical, folk and jazz violinist from North Vancouver.

As the strains of an Oliver Schroer tune died away from the strings of Bridget Graham, Dubreuil sprang into action to give a mini workshop for the trio to the tune of Swallowtail Jig.

“This is a great festival,” Dubreuil told Coast Reporter. “It’s good to have that time with the musicians. I’ve been to others where they are simply handed notes by the judge.”

Later that day the Coast String Fiddlers and Bad to the Bow performed their tunes, leaving Dubreuil impressed.

The dance performances on April 20 drew an excited crowd of dancers and teachers from all the Coast schools to the Heritage Playhouse to watch ballerinas and contemporary performers, adjudicated by Shannon Stewardson, a teacher whose background includes mentoring and supervising the Royal Academy of Dance Certificate of Ballet teaching studies.

During a contemporary lyrical piece from nine dancers of the Coast Academy of Dance, the music recording abruptly broke down. The young women continued to dance as if to a tango rhythm, miraculously keeping in unison, though without sound. Later Stewardson praised them for keeping the beat. They were followed by a variety of musical theatre, lyrical and ballet solos. Choreography was also critiqued.

Lightfoot wants to thank the Sunshine Coast community for being so outstanding in supporting the Festival either as sponsors, by donation or by offering services in-kind. “There would be no Festival without such generosity,” she said.

The Festival Highlights concert is on Sunday, May 7 at 2 p.m. at the Raven’s Cry Theatre in Sechelt. Admission is by donation and a list of award winners can be found at the website: www.coastfestival.com