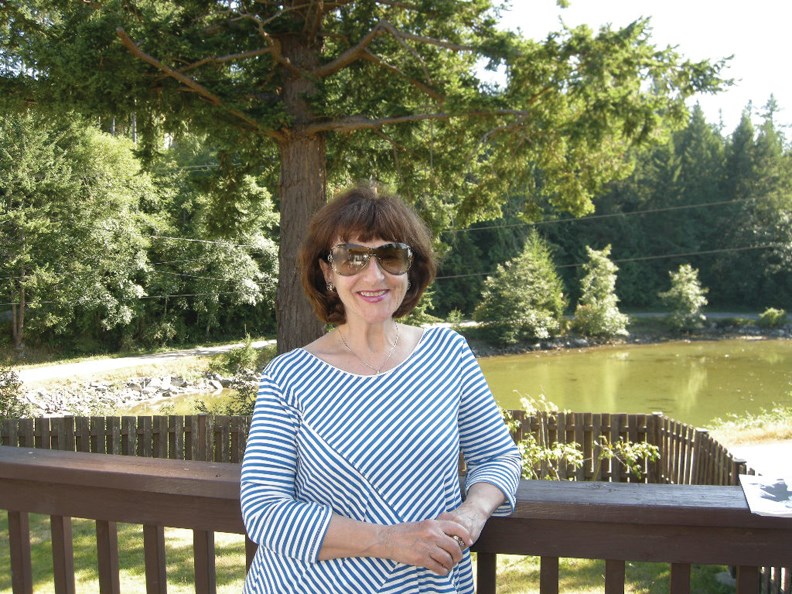 Why should summer reading be described as light? It’s as if when the sun beats on our head, our brain can’t handle anything substantial. Perhaps it’s true. Elizabeth Elwood’s fifth collection of eight mysteries, The Devil Gets His Due and Other Mystery Stories, could be considered light reading, suitable for taking to the beach, and yet the stories are quite complex and wordy. They are puzzles, after the British tradition of mysteries, with intricate plots, and they have been enlivened by some larger than life characters.

Fans of Elwood will be happy to read the continuing adventures of the Beary family. Rum-swilling Bertram and long-suffering Edwina Beary are fan favourites who happen upon a mystery in The Curious Incident of the Boat Dog in the Night. In the title story, their daughter, the opera diva Philippa Beary, is in the theatre wings one night when the baritone plummets to his death on stage. She doesn’t stay backstage for long – her curiosity, along with that of her brother, RCMP detective Richard Beary, helps solve the tragedy.

Elwood’s home in Garden Bay is the scene for A Deadly Score, about a villainous recluse who makes life miserable in Pender Harbour, but has nonetheless been immortalized in an ultra-modern, atonal opera in which Philippa is performing. (The author hastens to say that the character is fictional.)

Elwood is actively involved with amateur theatre, both as a playwright and a performer. The Community Theatre Coalition that annually determines nominations for awards in both acting and production has recently nominated one of her productions.

“The tech awards cross all genres,” Elwood says, “and since my play (Body and Soul performed by the Vagabond Players) is a ghostly comedy, that’s where we pulled the nominations: best lighting, best set decoration, best sound design and best special innovation. Keeping my fingers crossed that we win at least one of them.”

Elwood will be signing and selling her mystery books (self-published by Elihu Entertainment) at Pender Harbour Days, July 7 to 9.

The Summer Book, a new collection from Mother Tongue Publishing, drips with nostalgia. The 24 B.C. writers who share their stories reach back to their childhoods for inspiration – what did summer mean to a child? Maybe picnicking at Lumberman’s Arch (Eve Joseph) or climbing trees (JJ Lee). Or it could be learning to swim in the 28-foot swimming pool at a quirky South Vancouver home for Fiona Tinwei Lam. There’s much to admire in Daniela Elza’s Stairway to Haven – she writes prose with the voice of a poet. The book opens with a gorgeously lyrical short piece, Love Song, by Pender Harbour writer Theresa Kishkan who arouses the spirit of the Sunshine Coast in her description. The reader can almost hear the thrushes sing and inhale the scent of fresh raspberries. The book is illustrated with understated drawings and linocuts by Gary Sim and Peter Haase in black and white. In this case, it is the prose that gives colour to the book.

Barking up the right tree

Harbour Publishing has put out a winner, a collection of Adrian Raeside’s cartoons, Tails Don’t Lie 2, a sequel to Raeside’s previous collection of dog cartoons. This second book features such delightful doggy characters as hairy and muddy Koko, pedigreed Sakura and police dog Butch. These “tails” about the squirrel-chasing, power-feeding animals in our lives will stimulate your inner canine. Puns aside, it’s interesting how astute these pooches are in their observations of their owners.