Accomplished filmmakers have plans for the Coast

The Sunshine Coast has gotten a little more Hollywood North with the arrival of the film-producing duo of Paul St. Amand and Jesse Norsworthy.
Jun 19, 2020 6:05 AM By: Rik Jespersen 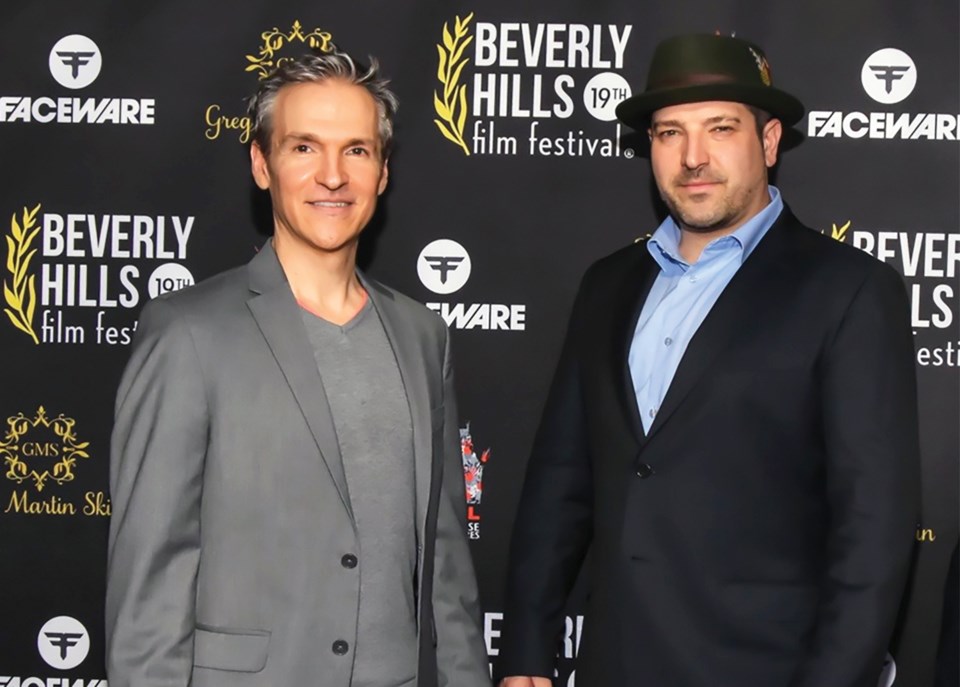 The Sunshine Coast has gotten a little more Hollywood North with the arrival of the film-producing duo of Paul St. Amand and Jesse Norsworthy. Brothers who share the same mother, the pair are spending part of their time fixing up a property they’ve bought in Roberts Creek while working on film projects in Vancouver, with plans to also shoot a movie here.

St. Amand, 49, and Norsworthy, 38, have enjoyed some heady success recently with producing partner Maja Jacob on the film In God I Trust, for which they all shared Best Producer and Audience Choice awards at the 2019 Beverly Hills Film Festival.

“We had no idea we were going to win anything,” said Norsworthy. “We actually beat out every other film there. And we were the only film to win two awards.”

That was just the start of recognition for the movie – a timely fictional take on race relations and religion, shot in the Lower Mainland but set in northern Idaho. It went on to garner Best Non-European Feature at the 2019 ECU European Independent Film Festival in Paris, Best Feature at The Stony Brook Festival in New York, plus acting awards for some of its cast at the Whistler Film Festival and the ACTRA Awards in Vancouver.

St. Amand, who co-wrote the script, also composed five of the songs in the film, including Enough Is All I Need, sung by Grammy-winning American recording artist Bilal, and which has had more than 100,000 plays on Spotify. St. Amand said he was awestruck first hearing Bilal sing a John Lennon tune in a televised concert. So, he gave Bilal a cold call – and it worked.

“I wrote Enough Is All I Need on my acoustic guitar and recorded it onto my iPhone and just sent it to him with a note saying, ‘Would you be kind enough to listen to this?’ He immediately texted me back, ‘I love this song!’” Soon after, the producers also landed Bilal for an acting role in the film, as, fittingly, a touring guitarist and singer.

Each of the brothers now boasts several TV and film producing credits, which is a dream come true for the pair, who grew up in Alberta and would spend long stretches of time together enjoying and learning about visual storytelling. “As kids, we’d rent 10 movies from Rogers Video and watch them all in three days, then go rent another 10,” said St. Amand. “That’s where we got the love of film.”

Not surprisingly, the producing team of St. Amand, Norsworthy and Maja Jacob – who St. Amand described as “a powerhouse” of a producer, director and editor – has a number of projects in the works, one of which could be shot on the Sunshine Coast. First, they want to get their next film, The Twilights, into production. To be shot in both B.C. and Los Angeles, it’s an edgy story about a team of cunning seniors who turn vigilante to take revenge on a group of young thugs.

Then, the trio plans to produce a thriller entitled Telescope, and film it on the Sunshine Coast. “A bunch of kids come to the Coast to visit their grandfather, an engineering genius, who lives in a secluded place, with just one neighbour,” St. Amand revealed. That neighbour happens to be the community’s top cop who, it turns out, “is not at all who the townsfolk think he is.”

It won’t be a big Hollywood production, noted Norsworthy. That’s not the way this team rolls. They’ve mastered the Canadian way of getting films made: efficiently. “Our last budget [for In God I Trust] was under $300,000,” he said. “That’s not even the catering budget for a Hallmark movie.”