11 celebrity cooks who changed how we eat

Trends in food—ranging from the Jell-O molds of the 1950s to the COVID-19 pandemic’s dalgona coffee craze—continue to evolve, reflecting the conditions of the place and time where they appear.
Eliza Siegel, Stacker.com Sep 20, 2022 7:00 AM
Listen to this article
00:13:36

At the beginning of the 19th century, the first “celebrity chef”—a Frenchman named Marie-Antoine Carême—became famous for making meals for Napoleon Bonaparte, as well as many other European royals, and publishing cookbooks.

The evolution of American celebrity culture again changed the way chefs and cooks influence how the public thinks about food. From Julia Child’s trailblazing cooking show to today’s food TikTokers and YouTubers, chefs and even home cooks are perpetually changing how, and what, we eat. Trends in food—ranging from the Jell-O molds of the 1950s to the COVID-19 pandemic’s dalgona coffee craze—continue to evolve, reflecting the conditions of the place and time where they appear.

Thistle compiled a list of 11 chefs and cooks that changed the way many people cook, eat, or think about food. We define a “celebrity” as anyone who has a broad reach, either through more traditional cooking media like cookbooks and TV shows, or modern avenues like TikTok and Youtube. Their impact on the food world is examined through news reports, awards, name recognition, and expert opinions. While there are many influential cooks and chefs who do not appear on this list, we included a mix of chefs with formal training and cooks without, in order to capture the diversity of impactful people in food.

Read on to discover how 11 celebrity cooks changed how we eat. 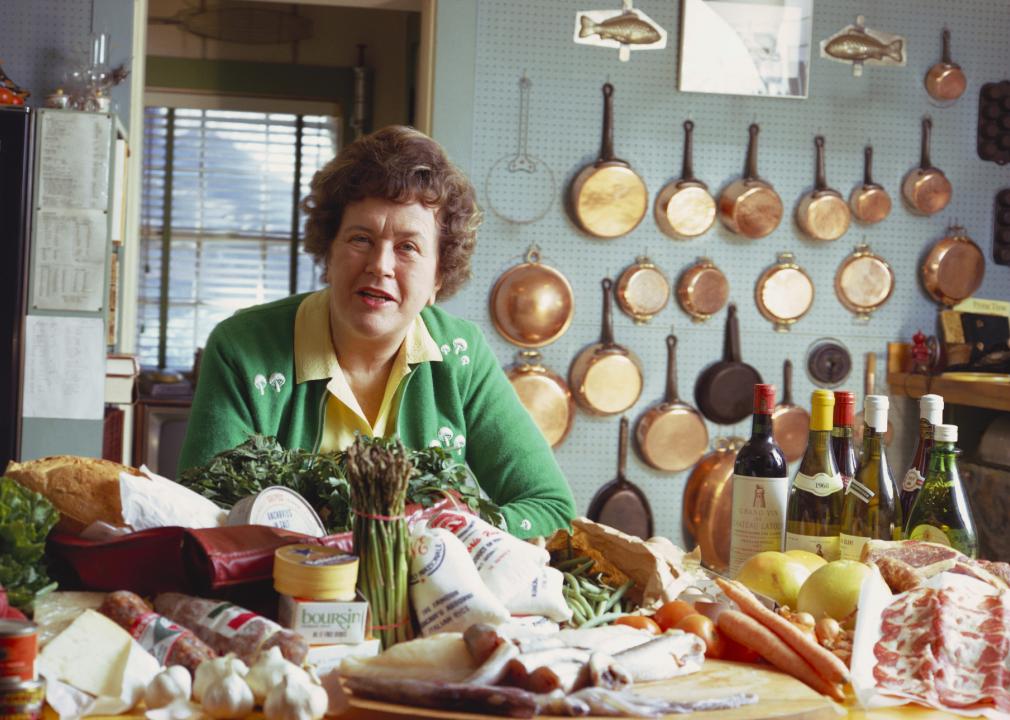 Considered by many to be the first celebrity chef in the modern sense of the word, Julia Child pioneered the cooking show genre with her television show “The French Chef,” which began filming in 1962 and ran until 1973. Between her cooking show and the publication of her now-classic 1961 cookbook “Mastering the Art of French Cooking,” Child brought widespread awareness of French cooking techniques and recipes to American home cooks for the first time.

Child’s legacy in the realm of American home cooking went far beyond teaching audiences niche French recipes. She also made the idea of cooking quality food at home more approachable, empowering her many (mostly women) viewers to use fresh produce instead of canned, and to butcher their own meats. Child emphasized cooking could be a fun venture and encouraged her audience to experiment in the kitchen.

Today, Child’s memory still occupies the American cultural imagination by way of film and TV adaptations of her life. Her famously quirky sense of humor, distinctive voice, and charismatic screen presence endeared audiences both in her own time and now. The 2009 film “Julie & Julia,” which starred Meryl Streep as Child; the 2021 documentary “Julia”; and the 2022 HBO Max series “Julia” demonstrate the extent to which Child remains a present figure in America’s cooking—as well as cultural—consciousness. 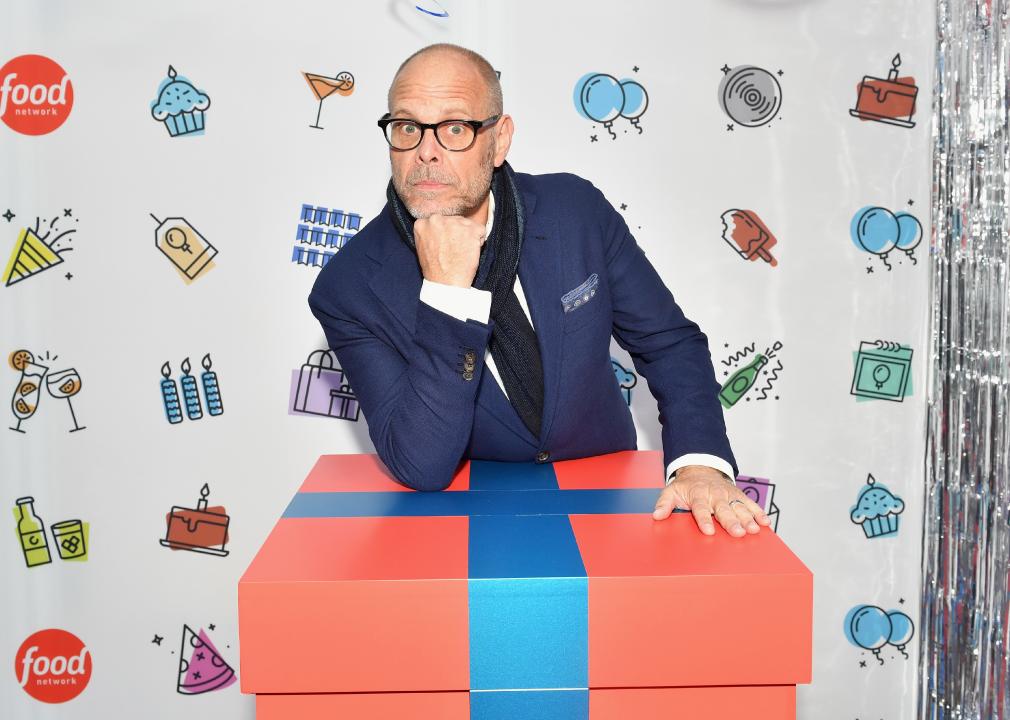 Food Network’s resident food science aficionado Alton Brown has been teaching audiences about the chemistry of cooking since his first television show “Good Eats” in 1999. Brown’s background in science, filmmaking, theater, and food are all evident in the personality and style of “Good Eats,” which blends—in his words—Julia Child, Mr. Wizard, and Monty Python. The show, which ran until 2012, subverted polished cooking show conventions. Brown’s theatrical personality and experience with directing and cinematography allowed for imaginative use of props, costumes, and different types of shots, like journeys into the pantry. After getting his start working on R.E.M’s “The One I Love” music video, he had the creative chops to wow audiences across genres.

Apart from Brown’s distinctive aesthetic, his passion for explaining the science behind processes like making ice cream or yeasted bread gave home cooks new perspectives on the “why” behind the choices they were making in the kitchen. Brown also advocated for the creative, multipurpose use of common kitchen tools and gadgets, and championed repurposing household objects to create new tools, like his viral flowerpot barbecue smoker. Apart from “Good Eats,” Brown hosted the competition shows “Iron Chef America” and “Cutthroat Kitchen,” and won a Peabody Award in 2006. He has also won a few James Beard Awards. 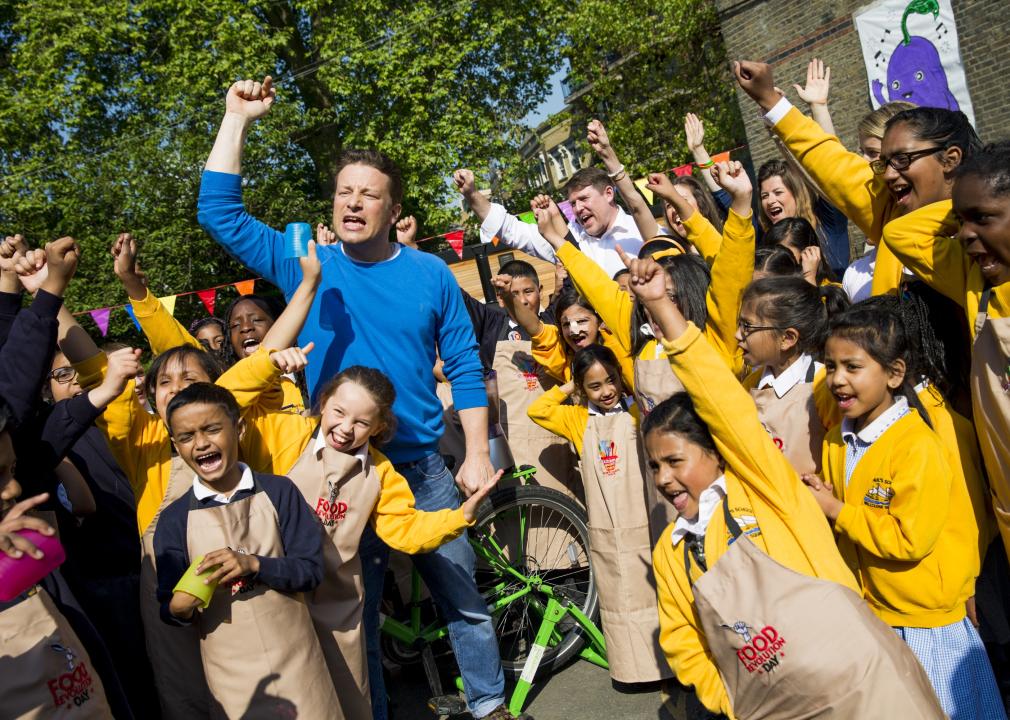 British chef Jamie Oliver brought in audiences from the U.K. and the U.S. alike with his cooking shows “The Naked Chef”—which began airing on the BBC in 1999 before being picked up by Food Network—and “Jamie at Home.” Oliver’s shows and many cookbooks focused on creating simple meals with quality ingredients.

Besides charming former British Prime Minister Tony Blair and home cooks alike—The Guardian called him a “heartthrob” in 2009—Oliver has another impactful passion project: advocating for healthier school lunches for children across the world.

With television programs like “Jamie’s School Dinners” and “Jamie Oliver’s Food Revolution”—which saw Oliver going into schools in England and the U.S. to teach staff and kids alike about nutritious eating—the British chef rose to prominence as one of the most visible and outspoken champions of school food reform. He started the Feed Me Better campaign and a charity called Bite Back 2030, which asserts the right of every child to healthy school lunches regardless of location or socioeconomic status. In early 2022, Oliver met with the British education secretary, Nadhim Zahawi, to discuss the government’s school lunch strategy. 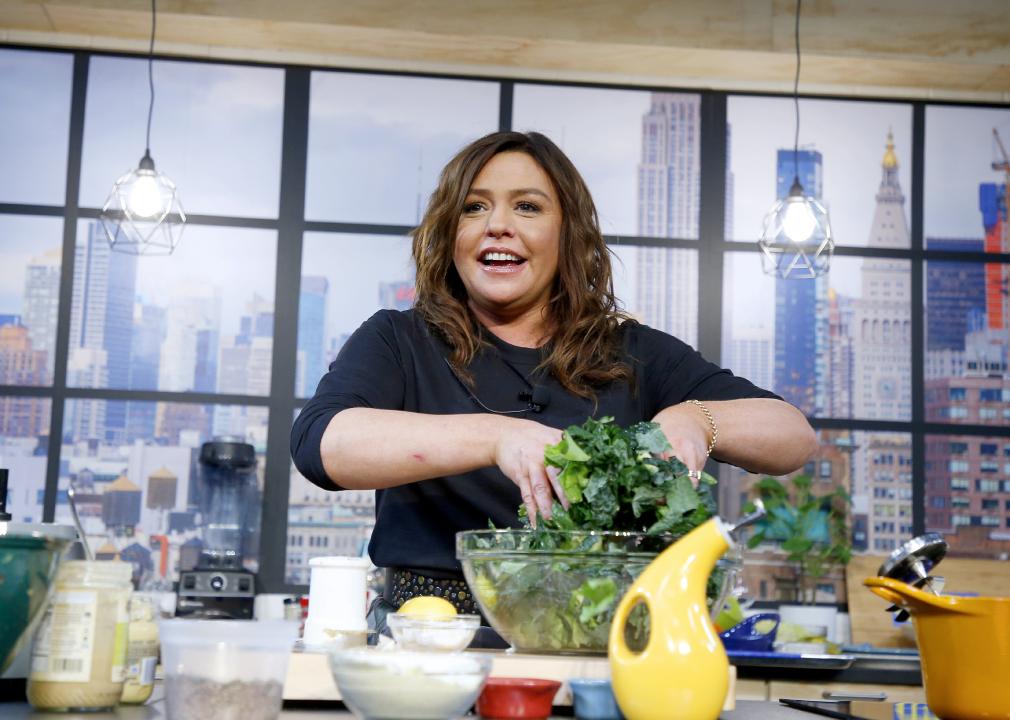 Rachael Ray was one of the first major cooking show stars without a formal cooking background, showing audiences they didn’t need professional culinary training to make good food. Her accessibility—conveyed through her “eyeball it!” approach to cooking and commitment to creating affordable meals in only 30 minutes—endeared her to audiences. In addition to her long-running Food Network show “30 Minute Meals,” Ray went on to host her own Daytime Emmy award-winning talk show, establish her own magazine, and start a product line.

The expansiveness of the Rachael Ray brand, as well as the trend-setting effect she had on viewers, can be seen as somewhat of a precursor to today’s influencer culture. She introduced audiences to “EVOO”—short for extra-virgin olive oil—and advocated for the “garbage bowl” for easy kitchen cleanup. 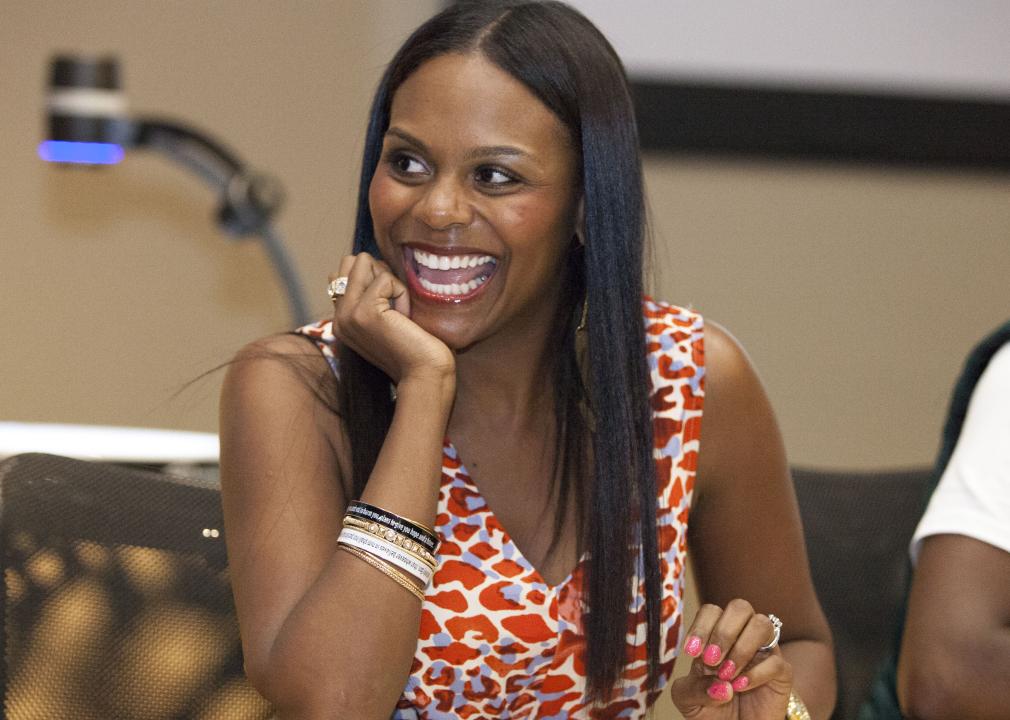 Actor and influencer Tabitha Brown has close to 5 million followers on TikTok, where she’s gained fame for her vegan cooking tutorials. Fans of Brown have flocked to her channel for her signature warmth and enthusiasm about food and self-care. As a 43-year-old on an app dominated by Generation Z, she’s gained attention for her nurturing attitude and affirming messages to viewers, qualities that have garnered her nicknames like “America’s mom.”

The simplicity of her vegan recipes and the casual, condensed nature of the tutorials has attracted an audience ranging from seasoned vegans to those who don’t cook. Her recipes’ approachability has made vegan cooking more accessible to a much wider audience, a quality that did not go unnoticed by Whole Foods, who hired her as a brand ambassador back in 2017. 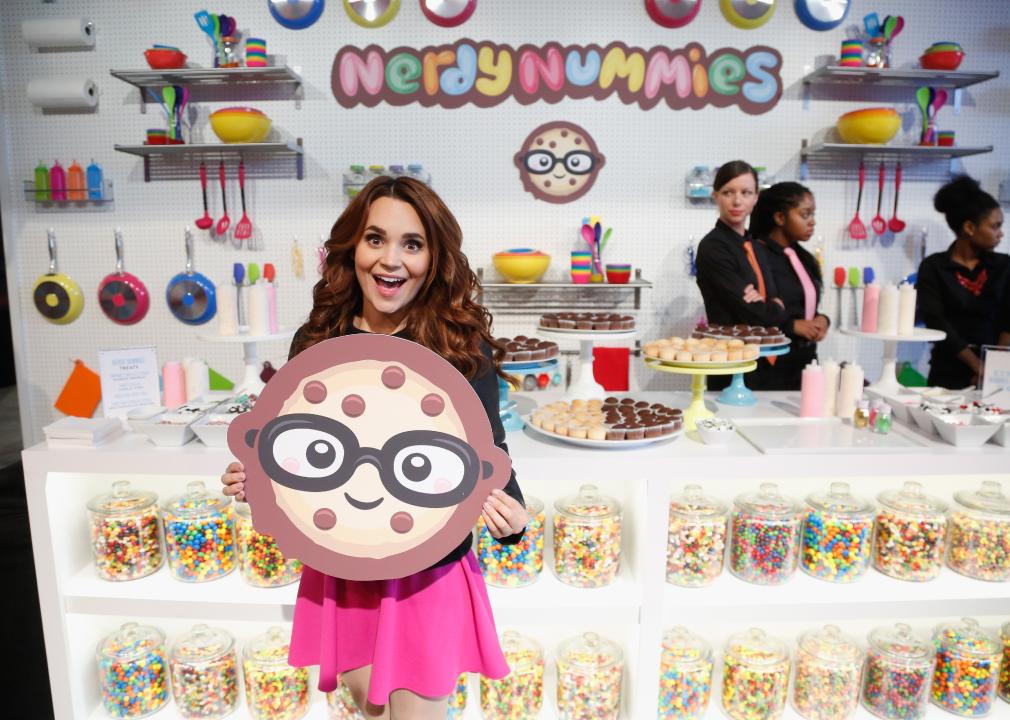 Rosanna Pansino hosts YouTube’s most popular baking channel, which boasts 13.3 million subscribers. Since beginning her channel in 2011, Pansino has become one of the highest-paid YouTubers, with an annual salary of around $6 million, as of 2017. Pansino’s style is colorful and trendy; her rainbow and unicorn-themed cakes are popular among both children and the young at heart.

She’s also inspired many of her younger viewers to take up baking. She’s said making educational video content is important to her since many people, herself included, are visual learners who do best following tutorials. In 2021, Pansino hosted her own HBO Max baking competition series called “Baketopia.” 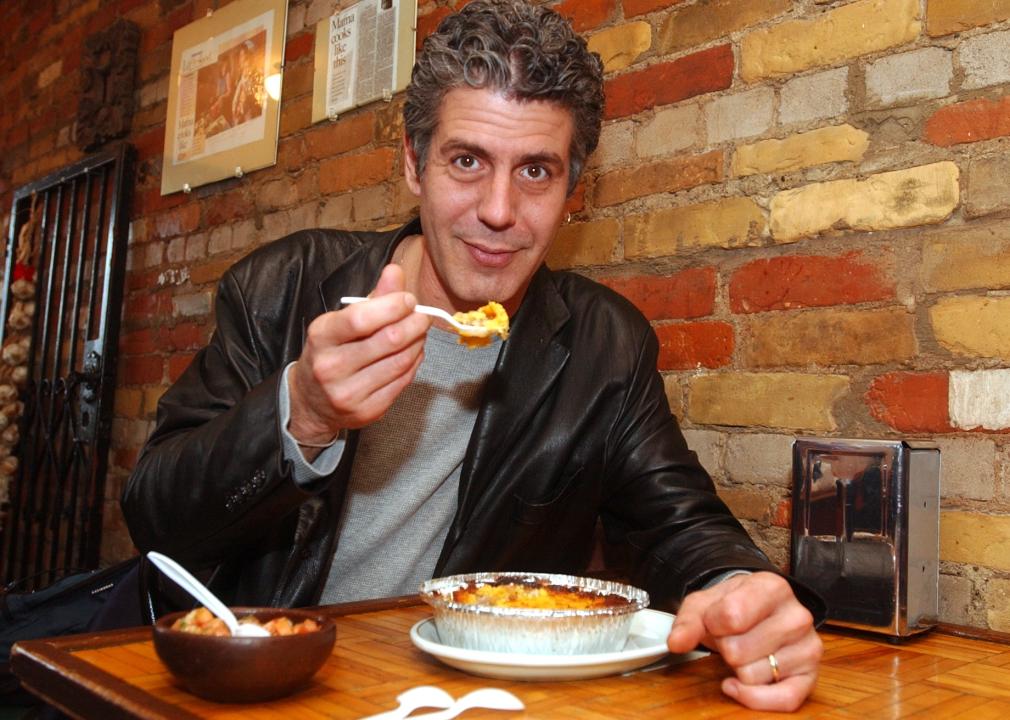 Anthony Bourdain first entered the public eye with his breakout restaurant memoir “Kitchen Confidential” in 2000. The book made a splash with its irreverent exposé of the goings-on of upscale restaurant kitchens, including rampant misogyny and substance misuse. But it was Bourdain’s television work that brought him international acclaim and changed how many Americans thought about food. On his shows “No Reservations” and “Parts Unknown,” Bourdain traveled widely to speak to people about food and how it intersected with their identities, cultures, and politics.

Central to his work was subverting the narrow idea of “good food.” Bourdain challenged the notion that good food was something only made in expensive restaurants, and that fine cuisine was a white and Western phenomenon. To do this, he talked to fine-dining restaurant owners and street vendors alike, and used food as a way of understanding and humanizing other cultures for an American audience.

His tragic death by suicide in 2018 prompted many to reflect on his contributions, including his activism, and it inspired a 2021 documentary about his life called “Roadrunner.” 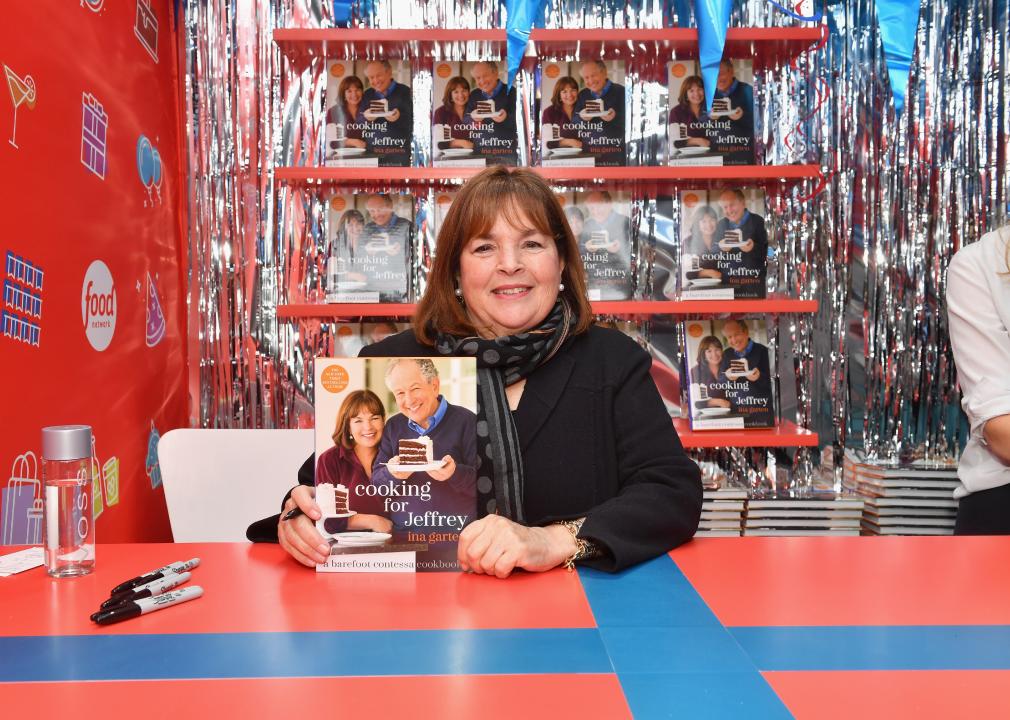 Known for her iconic Food Network cooking show “Barefoot Contessa”—which premiered in 2002 and is still running today—Ina Garten has inspired home cooks with her simple yet elegant preparations of mostly French, Italian, and American cuisine. Garten did not have a formal culinary education, but she taught herself to cook using Julia Child’s cookbooks while working for the federal government in the Office of Management and Budget.

She soon dropped this career in order to pursue her culinary aspirations and bought a specialty food store in the Hamptons, also called Barefoot Contessa. Her first cookbook, “The Barefoot Contessa Cookbook,” was published in 1999 and was an instant bestseller due to its beautiful food photography, simple and easy-to-follow instructions, and common ingredients. Garten’s sense of humor has ensured that she remains a fixture for several generations of viewers, perhaps exemplified best by the 2020 viral video of her drinking out of a comically enormous martini glass, accompanied by a cosmopolitan recipe. 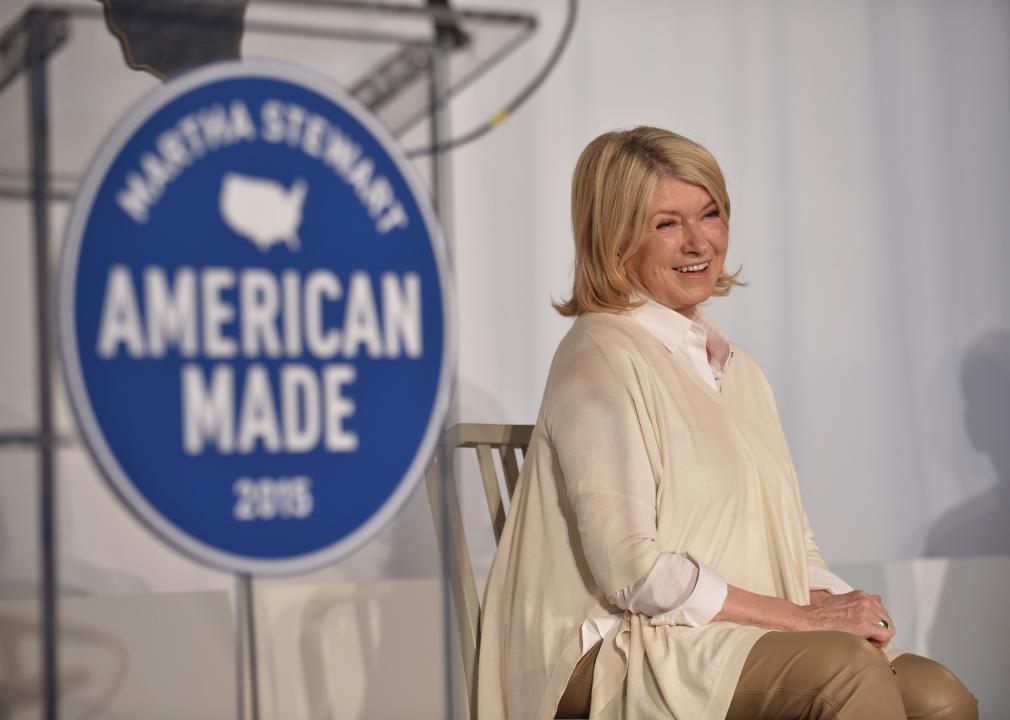 According to the Academy of Achievement, Martha Stewart has had more influence on “how Americans eat, entertain, and decorate their homes and gardens than any one person in our history.” The lifestyle media mogul and multimillionaire has been dubbed “the original influencer.”

She combined her shrewd business sense and financial know-how from working as a Wall Street stockbroker with her art and design sensibilities, and Stewart built a brand that revolved around constant reinvention and trendsetting. Stewart’s influence in the food realm—from her four James Beard award wins, to her PBS cooking show “Martha Stewart’s Cooking School,” and her 99 cookbooks and counting—largely focuses on making entertaining and good cooking accessible to everyone. 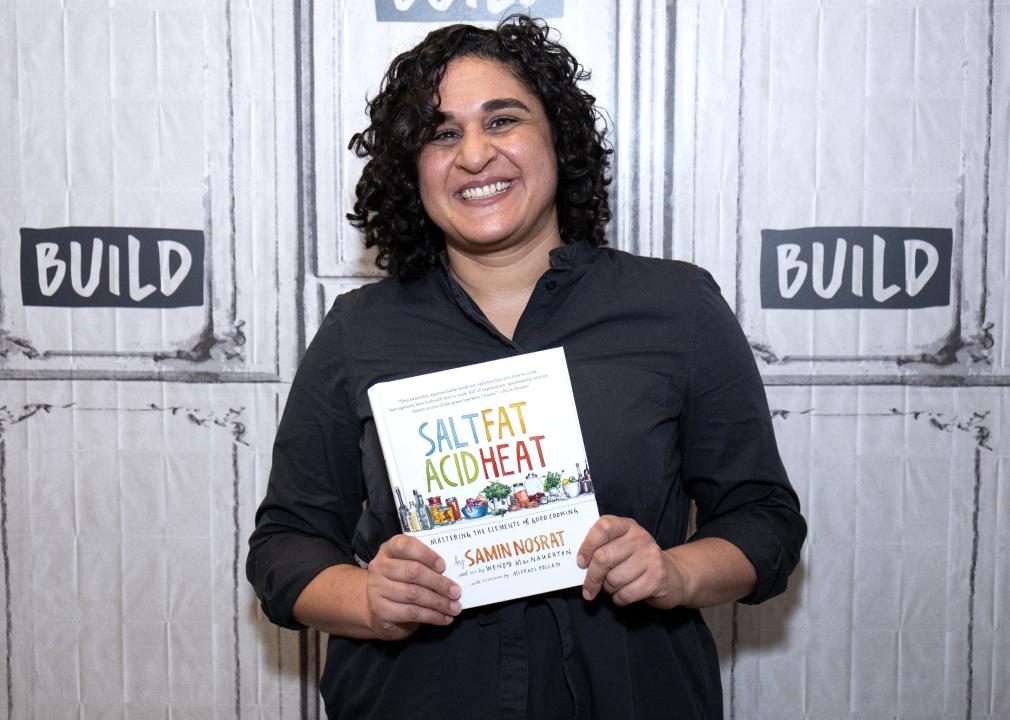 After working at the legendary Berkeley, California, restaurant Chez Panisse, Samin Nosrat published her 2017 James Beard award-winning cookbook “Salt Fat Acid Heat,” which inspired the 2018 Netflix docuseries of the same name. The book and series argue that becoming attuned to the four main elements of good cooking—the titular salt, fat, acid, and heat—will allow anyone, home cooks included, to cook well-balanced, delicious food without relying on recipes or detailed instructions. Nosrat collaborated with author Michael Pollan on his book and Netflix special “Cooked,” and is credited with teaching him how to cook.

Nosrat won over audiences with her contagious laughter, warmth, and passion for food, and went on to start a quarantine podcast, called “Home Cooking,” with “Song Exploder” host Hrishikesh Hirway. The show focused on how to cook creatively with ingredients most people have in their pantries and featured a call-in section where audience members could ask cooking-related questions. In 2021, Nosrat left her position as a columnist for The New York Times Magazine, and she is currently working on another cookbook. 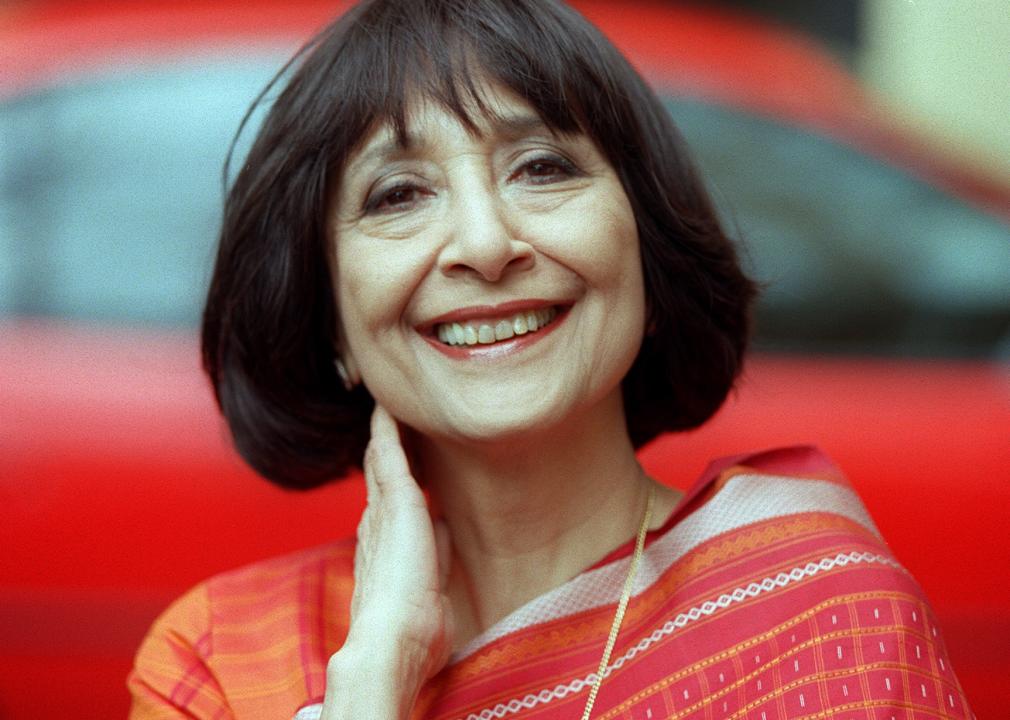 Indian-American actor and cookbook writer Madhur Jaffrey is largely credited with introducing many Americans to Indian cooking for the first time. She has authored over 30 cookbooks, including her first influential book, “An Invitation to Indian Cooking.”

Between her career as a movie star, hosting her own BBC cooking show called “Madhur Jaffrey’s Flavours of India,” and writing cookbooks (her most recent was published in 2019), Jaffrey has been in the public eye since 1965. For her contributions to the dramatic as well as culinary arts, she was named honorary Commander of the British Empire by Queen Elizabeth II in 2004.

This story originally appeared on Thistle and was produced and distributed in partnership with Stacker Studio.