Keep an ear out for rare screech owl 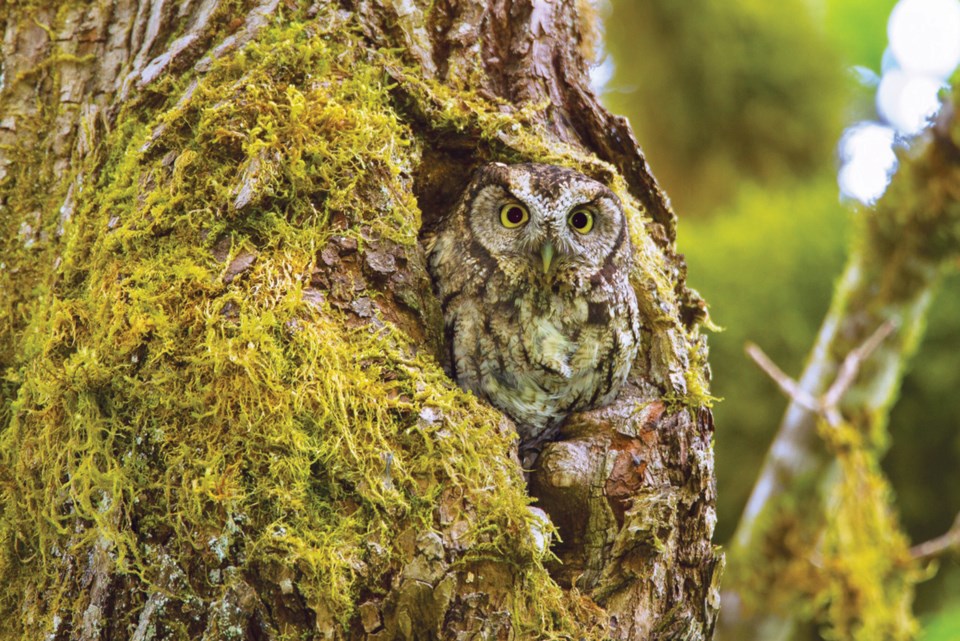 The western screech owl, once common on the Sunshine Coast, has nearly disappeared from the region.Jared Hobbs Photo

The Sunshine Coast Wildlife Project is asking for the community’s help in searching for a rare and threatened owl. The adorable coastal western screech owl stands just 7 to 10 inches tall and has yellow eyes and small ear tufts.

Once common, the species has nearly disappeared from the south coast. Populations have declined by more than 90 per cent over the past 20 years due to loss of forest habitat and range expansion of the larger barred owl, which preys upon its smaller cousin.

With funding from Habitat Conservation Trust Foundation and Environment Canada’s Habitat Stewardship Program for Species at Risk, the Sunshine Coast Wildlife Project is working to identify screech-owl territories, and to protect, restore and enhance habitat for this special species.

February to April is the screech owl’s breeding season and the ideal time to listen for their distinctive courtship calls. Screech owls don’t actually screech, but rather make a distinctive “bouncing ball” call of five to nine whistled hoots. To listen to the call and view photos and videos of the owl, see coastwildlife.ca and www.facebook.com/coastwildlife.

Wildlife Project biologists are currently out in the field surveying owls, and they are asking for the public’s help.

“The more sets of ears out there listening, the better,” said project leader Michelle Evelyn. “If you are out walking or standing on your porch in the hour after sunset, please keep an ear out.”

Residents who think they have heard or seen a screech owl are asked to contact coastwildlife@gmail.com or 604-989-1007.