How they set the astronomical clock

Navies established most of the oldest observatories
Feb 25, 2021 9:50 AM By: Richard Corbet 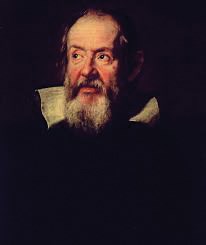 There’s little planetary action for us in March. Mars has faded, Jupiter and Saturn are now west of the Sun and starting to appear before sunrise in the southeast. Venus is behind the Sun and Mercury is headed west of the Sun during March. Unfortunately, we’ll miss them because at this time of the year, all but Mars will be very low to the horizon in the southeast at dawn. We may, however, have a chance to see the zodiacal light. In our northern spring, the ecliptic is at its greatest angle to the horizon to the west after sunset; we may see a faint triangle of diffuse light with its wide end at the horizon and narrowing as we move away from the Sun – its light scattered off dust particles orbiting in the same plane as the planets. It is subtle, best seen in dark skies well away from light pollution sources and can at times resemble the glow of the Milky Way.

At 7 p.m. March 12, online on Zoom, Charles Ennis of the Sunshine Coast Centre of the RASC presents the Explore the Universe Challenge. Details are available at: sunshinecoastastronomy.wordpress.com.

One of the quirks of astronomical history is that most of the oldest observatories were established by various navies beginning in the seventeenth century. Why? The spherical nature of the Earth and the significance of Polaris were known in classical times. So, latitude could be estimated easily with simple apparatus on any clear night but that is only half of where you are. To make an accurate longitude measurement, you need an accurate clock. The difference in time between a visible event at your reference point and where you are is a linear function of the difference in the longitudes. The importance of knowing one’s longitude by looking at the sky through the rigging of a sailing ship that doesn’t sail to windward very well begins to sink in (irony intended).

Around 1620 or so, Galileo Galilei pointed his modest scope at Jupiter to discover as many as four faint “stars” that were clearly orbiting that planet. He realized that since these moons of Jupiter obeyed Kepler’s laws, they could serve as a kind of astronomical clock more precise than any human-made clock of the time. So he worked to compile a table of eclipses of the Galilean moons to predict when a particular moon would pass into Jupiter’s shadow or reappear from it. Think of Jupiter and those four moons as a clock with four hands: Io, Europa, Ganymede and Callisto, each with its unique orbital radius and period. Rather like a deluxe Mickey Mouse watch viewed edge-on.

In 1668, Giovanni Cassini improved upon these tables, creating data accurate enough for cartography. With these tables, you could by observation calculate your local time offset from the reference location and, hence, your longitude. Cassini and Jean Richer also measured the parallax of Mars between Paris and French Guyana when Mars was at its closest to Earth in 1672 to calculate an Earth–Sun distance of about 22000 Earth radii.

In England, King Charles II appointed a Royal Commission to look into supporting astronomy. Within a short time (by HM Government standards) the Commission recommended the building of an observatory on the ruins of Greenwich Castle in London and the appointment of an astronomer. On March 4, 1675, John Flamsteed was named “astronomical observator,” a position he held for some 40 years until he was succeeded by Edmond Halley. Eventually, this observatory was used to establish both the origin for lines of longitude and the reference for Universal Time. The Royal Navy became big fans. The same process happened in the United States in 1825 under President John Quincy Adams as well as in other nations.

To me, the candle on the icing on this astronomical cake came from Ole Romer, a Danish astronomer working for Cassini in Paris at the time. He discovered that eclipses of Io, Jupiter’s innermost large moon, varied by as much as 500 seconds from their predicted times, depending on whether Earth’s orbit brought it closer to Jupiter or further away. With no other logical explanation, he deduced that light must take about 22 minutes to travel a distance equal to the diameter of Earth’s orbit around the Sun. It was error in this diameter value that led him to give light a velocity of about 220,000 km/s – about 26 per cent lower than the true value of 299,792 km/s.

Just think about that; a guy in 1676 with a small telescope, a pendulum clock, a quill pen and ink and paper calculated the speed of light. No computer, calculator, log tables, laser interferometers or anything else. For anyone interested in what you can do with this sort of thing, check out: www.thenauticalalmanac.com. To see what Jupiter’s moons are doing in real time check out: skyandtelescope.org/wp-content/plugins/observing-tools/jupiter_moons/jupiter.html