Habitat forges ahead despite challenging year

Last year was an extraordinary and challenging year in many respects for Habitat for Humanity Sunshine Coast (HFHSC).
Jan 7, 2021 10:22 AM By: Coast Reporter Staff 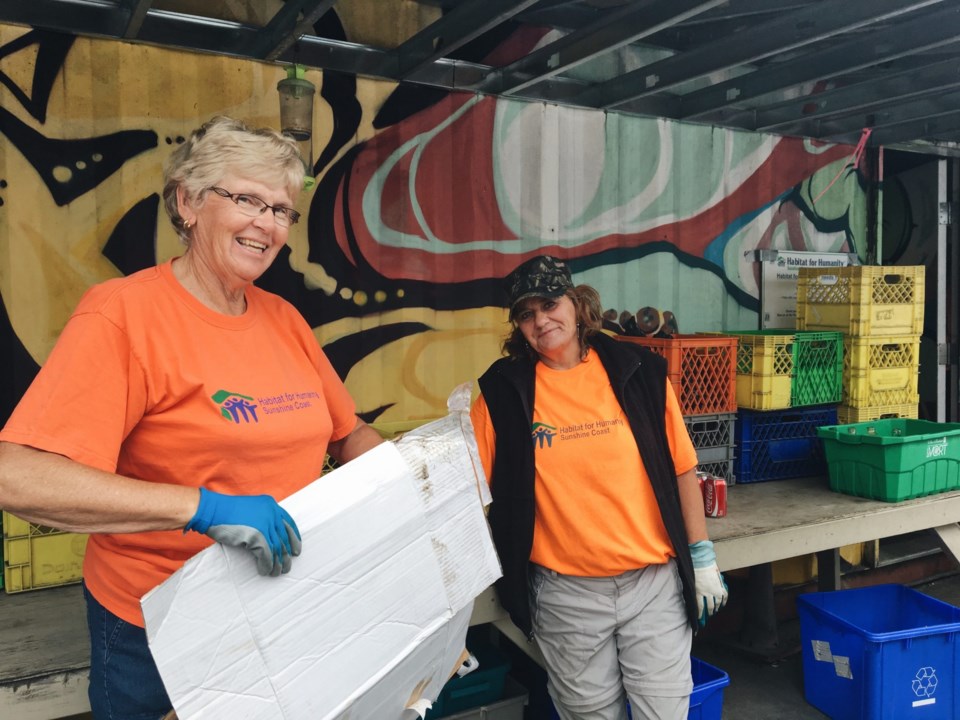 Last year was an extraordinary and challenging year in many respects for Habitat for Humanity Sunshine Coast (HFHSC). Despite that, the organization was able to forge ahead on a number of fronts:

• Recycling: The collection of refundable bottles and cans has resumed at Salish Soils, 5800 Black Bear Rd. in Sechelt, with limited hours. It is now open from noon to closing every day except Wednesday and Sunday.

In Gibsons, HFHSC collection operations are continuing at 1035 Venture Way.

• Wilson Creek Families: The Village is 100 per cent full with the arrival of two new families in the fall.

• Left Hand Turn Lane Project: The project is now 100 per cent complete at Wilson Creek, with thanks to NB Contracting, Big Maple and Sunco Civil Consulting for all of their efforts.

• Construction: Habitat is looking forward to initiating construction of the final homes at Wilson Creek in 2021 with plans to complete the final amenities including a play area, a community garden and a central garbage enclosure.

Fencing, final landscaping and paving details are also part of this upcoming phase.

• Board: Last June, HFHSC held its AGM over Zoom welcoming a number of new board members that the group anticipates will contribute greatly in the years ahead.

• ReStore: After a closure of approximately a month last spring, the ReStore reopened and now operates Tuesday to Saturday, 9 a.m. to 5 p.m.

• Movie Drive-In: Thanks to the efforts of the District of Sechelt, Fortis BC, Return-It and many others including many Habitat family members, Habitat was pleased to be the recipient of proceeds following the two night drive-in showings of E.T. and Jaws in Hackett Park.

Habitat extends its thanks for your continued support.