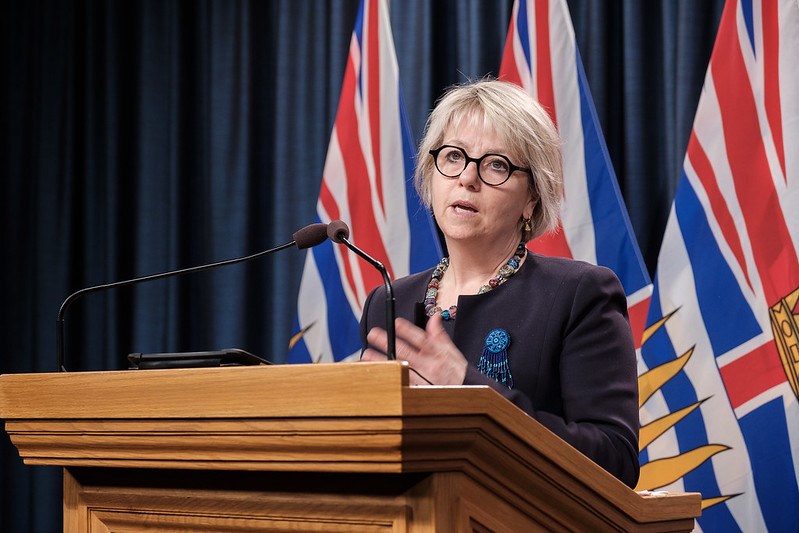 With the number of people actively battling COVID-19 infections in B.C. hitting an all-time high, record numbers of people are also in hospitals, and in intensive care units with the disease.

The good news for British Columbians is that the province has put together two days in a row with all-time high numbers of newly vaccinated people – the first such two-day stretch in a week.

The vast majority of the 10,081 people now fighting COVID-19 infections have been told to self-isolate, although 425 are in hospital, with 127 of those being in intensive care units.

Health officials detected 1,005 new infections overnight, for a total of 117,080 since the first case was detected in January, 2020.

Almost 90%, or 105,291 people who had been infected are considered by the province to be recovered. Officials are closely monitoring another 15,877 people for symptoms because they have had known contact with individuals identified as having been infected.

Mutant strains of the virus continue to proliferate, including those deemed variants of concern because they either spread more easily or are thought to potentially cause more severe disease or to potentially be resistant to vaccines.

There have been 518 new cases of variants of concern detected in the past three days. The number of people actively fighting variant infections, however, declined by 48 people during that time, and is now 212.

No one who has contracted a variant of concern in B.C. is known by officials to have died, while 5,527 of the 5,739 people with those infections are deemed by the province to have recovered.

The B.C. government's health order banning dining inside restaurants, but allowing take-out, delivery and patio service remains in effect until April 19, and neither Health Minister Adrian Dix nor provincial health officer Bonnie Henry had any comment about whether that order would be extended.

The British Columbia Restaurant and Foodservices Association (BCRFA) has advised restaurant owners in a newsletter that it expects the order to be extended until after May 24. BCRFA CEO Ian Tostenson told Glacier Media yesterday that he was surprised that the issue was not addressed at the April 15 press conference that Henry and Dix held.

The two did release a statement on April 16, and comments reflected broad advice.

"Spending time outside is important for our physical and mental well-being," they said.

"If you choose to see a close friend for brunch on a patio, then make sure it is the same friend every time. If you decide to have a barbecue in your backyard, then keep to your roommates or family only. Or, if you visit your neighbourhood park with another family, then make it with only one other family and do activities that allow everyone to keep a safe distance from each other."

That means that there remain six active outbreaks listed as being at long-term living or B.C. seniors' homes. They are:
• Acropolis Manor in Prince Rupert;
• Cottonwoods Care Centre in Kelowna.
• Dufferin Care Centre in Coquitlam;
• Joseph & Rosalie Segal & Family Health Centre;
• Longlake Chateau in Nanaimo; and
• Sunset Manor in Chilliwack.

One new hospital outbreak has been declared: at Nanaimo Regional General Hospital.

Leagues ready to reunite with fans but waiting for provincial direction
May 6, 2021 8:00 AM