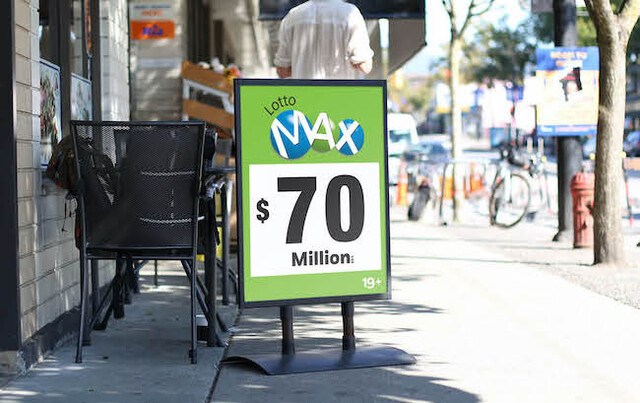 What would you do with $70 million? Let us know in the comments section.British Columbia Lottery Corporation

The total prize package in the Lotto Max lottery has climbed to another record.

After no winning ticket was drawn for the $70-million jackpot on Tuesday, even more $1-million Maxmillions have been added, bringing the total to $120 million in prizes.

The jackpot remains at $70 million, but now there are 50 Maxmillions to be won.

Lotto fever has gripped those who play the lottery as the Lotto Max continues a record-setting streak with Friday night’s draw.

"With an estimated 50 $1-million Maxmillions prize draws, plus a $70-million jackpot, lottery excitement is hitting unprecedented heights as Canada’s largest lottery game sets a second national record in less than one week for total prizes," the BC Lottery Corporation said in a press release Thursday.

Tuesday's draw saw one of the Maxmillions prizes won in B.C.

Two ticket holders will share the prize, receiving $500,000 each. One was sold in Vernon and one purchased online at playnow.com.

So far in 2021, B.C. lottery players have redeemed more than $58 million in winnings from Lotto Max.

The Maxmillions prizes are offered when the main jackpot reaches and exceeds $50 million.