VICTORIA — British Columbia health officials say shorter wait times between first and second COVID-19 vaccine shots for people are expected with the arrival of more than one million doses in May. Provincial health officer Dr.
May 3, 2021 5:54 PM By: Canadian Press 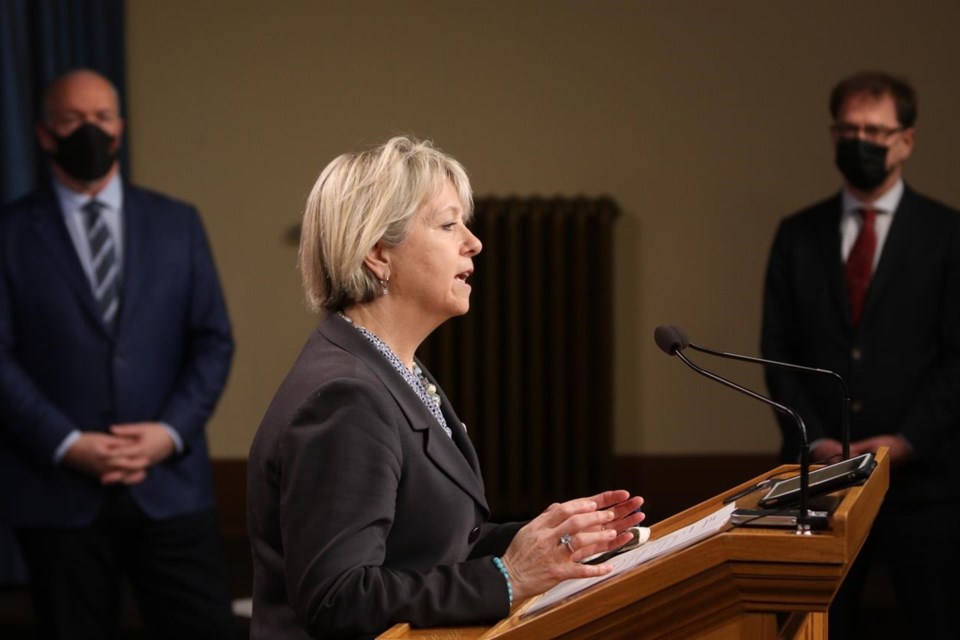 VICTORIA — British Columbia health officials say shorter wait times between first and second COVID-19 vaccine shots for people are expected with the arrival of more than one million doses in May.

Provincial health officer Dr. Bonnie Henry said Monday that the province expects to receive 1.1 million doses of the Pfizer-BioNTech vaccine this month along with more shipments of the Moderna vaccine.

"With the new increased supply that we have, we are looking at the potential of decreasing the interval to less than 16 weeks for most people," she said at a news conference.

"We also know that with the amount of vaccine we have coming in in the next two months, many people who received their first dose in the last four months will not have to wait for four months."

But Henry said it's still too early to estimate the possible difference in wait times other than saying all people in B.C. could get their first vaccines before Canada Day.

"We are looking at the data of how to do that over the next few weeks," she said. "As we open up immunizations to all adults and we get everybody with their first dose, we'll be able to speed up dose two as well, and we're looking at how we can do that in the coming months and weeks ahead."

Premier John Horgan said in a statement Monday he will seek the help of dozens of community leaders from local politicians to business, faith and youth groups to encourage as many people as possible to register for a vaccine.

About 2.1 million people of more than four million eligible people in B.C. have registered for a vaccine, said Health Minister Adrian Dix, adding the number was "good" but must be higher.

Henry said about 1.87 million people in B.C. have received a first vaccine dose and 91,731 have had their second shot.

Liberal house leader Peter Milobar says Bernier, who represents Peace River South, is self-isolating after he and members of his family tested positive for COVID-19.

"I talked to Mike last night and he said they were all doing well and seemed to be in good spirits, and although it's definitely impacted them, they are obviously not ... one of the more what you would consider severe cases out there," he said in an interview on Monday.

Bernier posted on social media Sunday night that he was not infectious when he was at the legislature between April 19 and 22.

Bernier said that while he was vaccinated the week of April 26 in Dawson Creek, public health officials tell him he was exposed to the virus before getting the shot.

This report by The Canadian Press was first published May 3, 2021.