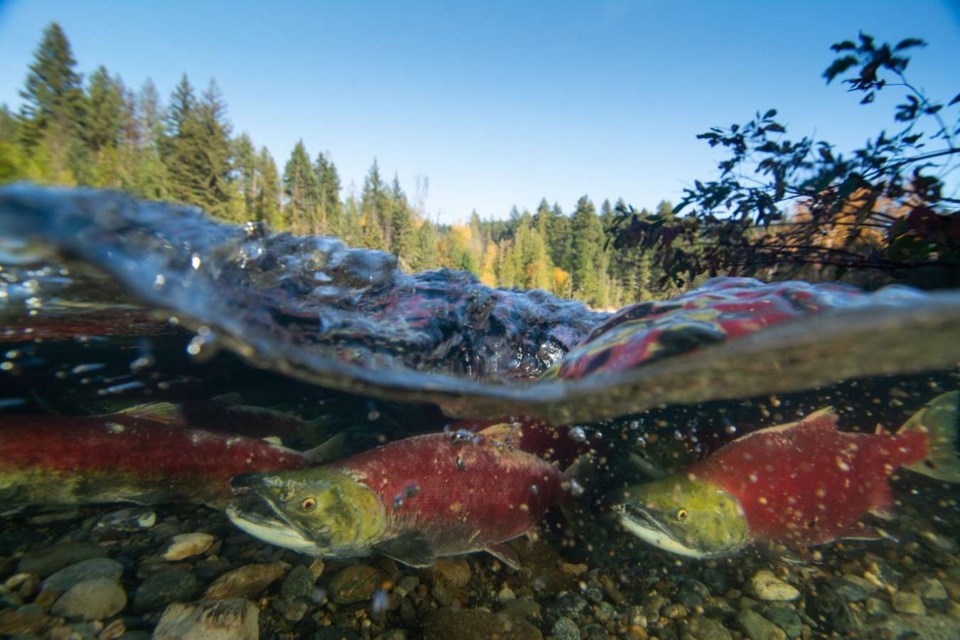 At a press conference Tuesday, Fisheries and Oceans Minister Bernadette Jordan released details of the five-year Pacific salmon strategy, saying it would include the building of two new hatcheries, increased conservation measures, habitat enhancement and a change in the way harvesting is carried out.

“They are talking about building new salmon hatcheries. But there are serious concerns with salmon hatcheries. There is growing body of research that says they can have a significant impact on wild salmon populations,” says Aaron Hill, executive director of the Watershed Watch Salmon Society.

Hill says the money allocated to salmon in this year’s federal budget is a welcome change, but his organization is concerned with how the money will be spent. The biggest priority, he says, needs to be creating recovery plans to save wild chinook, coho and sockeye already on the endangered species list.

“There’s a legal requirement for the minister to implement recovery plans,” says Hill. “That’s the number one place they need to focus.”

That would mean rolling out comprehensive plans that factor in the biggest obstacles to survival for each salmon species — from restoring habitat and regulating fishing to minimizing how much wild populations are exposed to disease from salmon farms and inferior genes from hatcheries. In B.C.’s Interior, Hill says over-extraction of water is also putting pressure on already-stressed populations.

“Their approach to hatcheries needs to be guided by these recovery plans, not by harvesting groups clamouring for more fish to catch,” says Hill.

Christina Burridge is the executive director of the BC Seafood Alliance, the biggest industry group representing commercial fishing in the province. She expects the $600-plus million in federal money to form a baseline for a fisheries strategy for the next 20 years.

Like Hill, Burridge says she’s wary of the impact hatchery fish could have on wild stocks. She also wants to see the government put more money toward counting fish when they return to B.C.’s rivers.

In 2019, the Canadian Pacific Sustainable Seafood Society — the B.C. society that holds the Marine Stewardship Council certificates for B.C. salmon — took the unusual step of suspending itself due to a crash in some fish stocks and lack of stock assessments by the Department of Fisheries and Oceans (DFO).

That year, sockeye stocks plummeted to a new low, bottoming out at 485,000, the lowest since record-keeping began in 1893 and far from the average of 9.6 million annual fish that returned between 1980 and 2014.

“We were not accurately monitoring screens to see how many returned,” says Burridge. “We’d like to be in the position to regain that certification.”

“It's good news there’s money. It’s really good news it’s national. But we’ll all have to do our best so that there will be salmon for everyone.”

Like the heads of several other environmental groups this week, Hill worries all the federal funding and planning will be undermined without proper oversight at DFO.

Last month, nearly 2,700 pages of internal documents obtained through the Access to Information and Privacy Act, revealed that DFO suppressed and downplayed threats to endangered steelhead trout populations on the Thompson and Chilcotin rivers.

A key scientific report meant to inform a decision to list the steelhead under the Species at Risk Act was watered down following edits by the Assistant Deputy Minister’s Office at DFO.

And in another 168 pages of internal documents obtained by Hill’s organization last month, a farmed salmon mouth rot infestation threatening wild sockeye was kept from First Nations and the public, according to reporting from The Narwhal.

“There have been some pretty serious scandals at DFO. .... This bacteria that causes mouth rot disease on salmon farms is serious,” says Hill. “That information did not make it to the minister and the public, who were in the dark.”

Hill says it’s time DFO was monitored by a watchdog body “to root out this corruption” and ensure scientific information isn’t suppressed.

He adds: “It needs to come from above. We need leadership from the prime minister on this and we need independent oversight of DFO.”

Stefan Labbé is a solutions journalist. That means he covers how people are responding to problems linked to climate change — from housing to energy and everything in between. Have a story idea? Get in touch. Email slabbe@glaciermedia.ca.

‘Healing the watershed’: Stewards cheer successful spawning of coho salmon above the Coquitlam dam
May 26, 2021 10:51 AM

Drought is on Metro Vancouver's horizon — will fixing water scarcity cost too much?
May 15, 2021 8:00 AM
Comments