VANCOUVER — British Columbia's attorney general says he left high-level meetings about money laundering confused about the extent of the problem at provincial casinos, but convinced something needed to be done.
Apr 26, 2021 4:59 PM By: Canadian Press 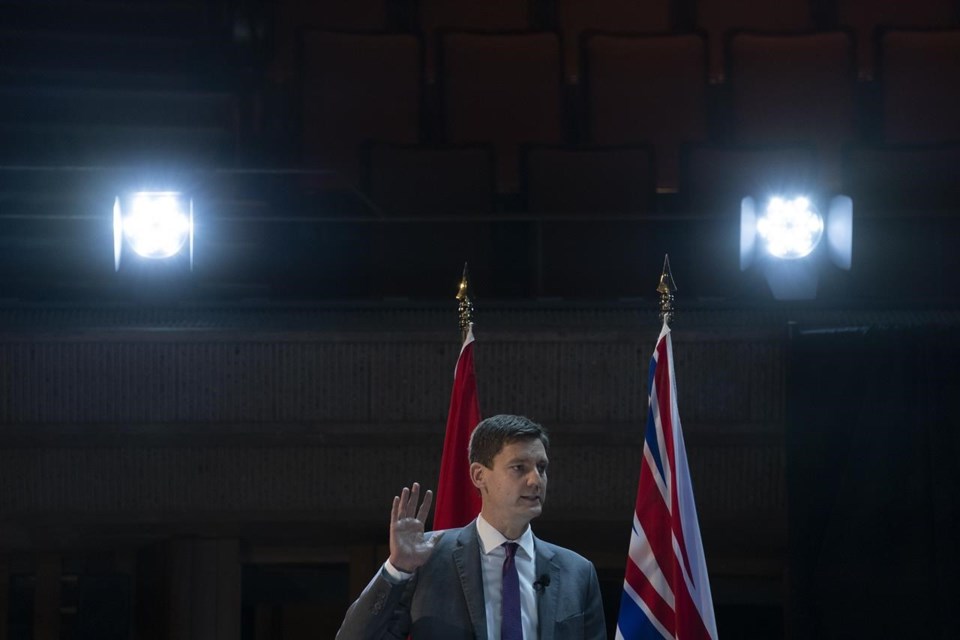 VANCOUVER — British Columbia's attorney general says he left high-level meetings about money laundering confused about the extent of the problem at provincial casinos, but convinced something needed to be done.

David Eby told the public inquiry into money laundering on Monday that he received vastly different versions about suspicious cash at casinos from officials when he became the minister responsible for gaming in 2017.

Eby testified there were significant information gaps about suspicious cash at casinos during separate briefings with him from officials at the B.C. Lottery Corp. and the Gaming Policy Enforcement Branch.

He told the Cullen Commission that lottery corporation officials said anti-money laundering efforts were working at casinos, while top bureaucrats at the gaming regulator expressed serious concerns about large amounts of suspicious cash at gaming outlets connected to organized crime.

"The gap between the B.C. Lottery Corporation perspective and the Gaming Policy Enforcement Branch perspective was so significant that I had difficulty understanding which of the organizations I could turn to and rely on in terms of the best recommendations going forward," said Eby.

He said that during one meeting with enforcement officials, he was shown video of people bringing large amounts of $20 bills into casinos that were estimated to be valued at hundreds of thousands of dollars.

"I left the briefing saying, 'Oh, my gosh, I need to talk to my deputy attorney general. I need to get some advice about how best to move forward here because the correct route is not clear to me,'" said Eby.

Those videos helped him understand the workings of the money laundering scheme, where gamblers were being loaned illegal cash to use inside the casinos and they would then repay the loan with clean money, he said.

"The laundering took place on the front steps of the casino in the delivery of the cash to the gambler in what I later understood to be called the Vancouver Model of money laundering," Eby said. "That clarified a lot of things for me."

Eby also agreed that efforts by the lottery corporation to implement methods that required some patrons to identify the source of their money starting in 2015 did result in lower suspicious cash transactions at casinos.

"Did you become aware of that significant drop in the money coming into casinos?" asked Smart.

"(The B.C. Lottery Corp.) actually tried to engage law enforcement to investigate the source of this suspicious cash," Smart said.

Eby said the differing accounts from the lottery corporation and the enforcement branch about the extent of suspicious cash and links to money laundering at casinos prompted him to launch an independent review of the issue.

"I suspected the truth was probably somewhere in the middle, but I didn't know that and I was very concerned there was a serious and ongoing issue," he said. "I wanted someone to be able to navigate both the B.C. Lottery Corporation and the Gaming Policy Enforcement Branch."

Eby said he appointed lawyer Peter German, a former deputy RCMP commissioner and the author of a leading anti-money laundering law textbook, to conduct an independent review of the money laundering issue at B.C. casinos in September 2017.

"I selected Dr. German because he had that knowledge," said Eby. "He had those connections. I thought he was a person of integrity. He wouldn't be considered to be partisan. I was very enthusiastic about him taking the job."

German's June 2018 report, "Dirty Money," said B.C.'s gaming industry and the province's anti-money laundering system were not prepared for the onslaught of illegal cash that flowed through the casinos.

The New Democrat government called the inquiry in May 2019 after three reports, including German's "Dirty Money" review, revealed B.C.'s gaming, real estate and luxury vehicle sectors were being used to launder money from crime.

Eby, who is no longer the minister responsible for gaming, is one of several current and former politicians to testify before the commission this month.

The B.C. government granted commissioner Austin Cullen an extension in March to produce the final report, now due on Dec. 15.

- By Dirk Meissner in Victoria

This report by The Canadian Press was first published April 26, 2021.

Note to readers: This is a corrected story. A previous version said the inquiry was called the Cohen commission.