As Ocean Wise works with local businesses and restaurants to keep unsustainable seafood off the shelf, here's a list of what you should and shouldn't eat.
Jun 7, 2021 3:24 PM By: Stefan Labbé 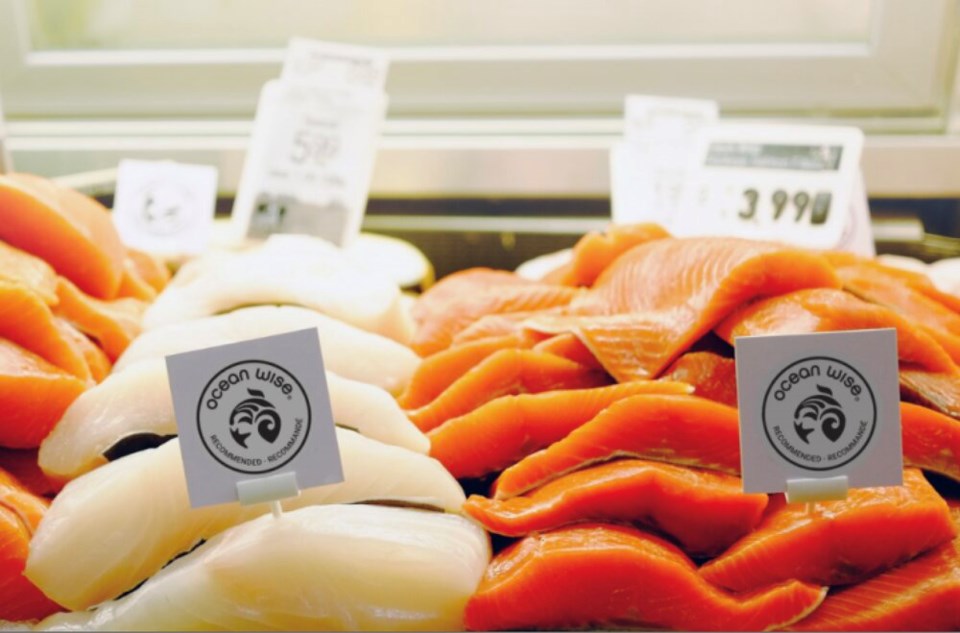 Ocean Wise assesses fish and seafood species around the world to classify how sustainable they are.Ocean Wise

An ocean conservation organization based out of the Vancouver Aquarium has teamed up with dozens of businesses to help people buy sustainable seafood and fish, and end overfishing.

Over 40 businesses are working with Ocean Wise in a pledge to stock their shelves and fill their menus with sustainable catches. The pledge coincides with World Oceans Day on June 8 and has brought together restaurants like Joeys and White Spot together with grocery stores like Buy-Low Foods. Restaurant suppliers Sysco Foods and national industry group Restaurants Canada have also signed on.

For the general public, Ocean Wise is running a series of webinars offering cooking demonstrations and to help people understand how biodiversity loss, habitat destruction and by-catch — four out of every 10 fish are not caught on purpose — are threatening oceans.

According to Ocean Wise, over three billion people around the globe depend on seafood. People around the world have increasingly turned to fish and seafood as a source of protein, leading to a third of the world’s fish species considered “overfished.”

In 2020, Ocean Wise says the average person ate 22 kilograms of fish, a sharp increase from previous decades. And while 91 per cent of Canadians say they want their seafood to be sustainable, only 11 per cent of them follow through when at the grocery store or restaurant, according to the group.

The conservation group has compiled a list of thousands of species to help people understand what fish and seafood are sustainable caught and what should be avoided completely.

Here are seven popular fish and seafood you should pay attention to:

Of the seven species of Pacific salmon, five are found in North American waters. That makes a long list of both sustainable and unsustainable buys in the seafood aisle.

Of all the crab species, the Dungeness is the only one to make the local sustainable seafood list. Make sure they're caught in pots, says Ocean Wise.

Avoid most Snow crabs outside of those caught in pots in the Alaska-Bering Sea area.

Spot prawns are B.C.’s top (and only) sustainable species in the shrimp family.

Local catches to avoid? Northern, Ocean and Sidestriped prawns pulled to the surface by bottom trawlers.

Avoid eating Bluefin tuna above all others. The European Union is currently weighing a proposal to ban industrial fishing of the at-risk species.

It’s one of the most popular and reasonably priced fish in the grocery store. Ocean Wise recommends a variety of tilapia species farmed in Honduras, Ecuador, Peru and Mexico.

Avoid Blue, Nile and Mozambique varieties of tilapia farmed in Taiwan, China, Colombia and Indonesia unless they are raised in recirculating, indoor tanks, says Ocean Wise.

Avoid Sutchi Catfish no matter where it comes from, says Ocean Wise. Freshwater farmed Channel Catfish from China should also be crossed off your list.

Looking for another species? Ocean Wise's searchable seafood database is available to the public on its website.

The big picture: according to a 2018 study out of the University of Washington, the production of industrial beef and farmed catfish are among the most taxing on the environment.

Meanwhile, smaller wild-caught fish and farmed mollusc like mussels and oysters have the lowest impact on the environment.

If you’re not willing to give up fish and seafood, thinking about how they are harvested can also go a long way in putting a hole in carbon emissions.

One recent study found bottom trawling the ocean floor releases an estimated 1.47 billion metric tons of carbon into the atmosphere every year — more than the annual emissions released by global air travel.