Politicians were getting it in both ears this week as two separate ferries-related issues blew up in a big way.
Apr 29, 2021 11:26 AM By: John Gleeson 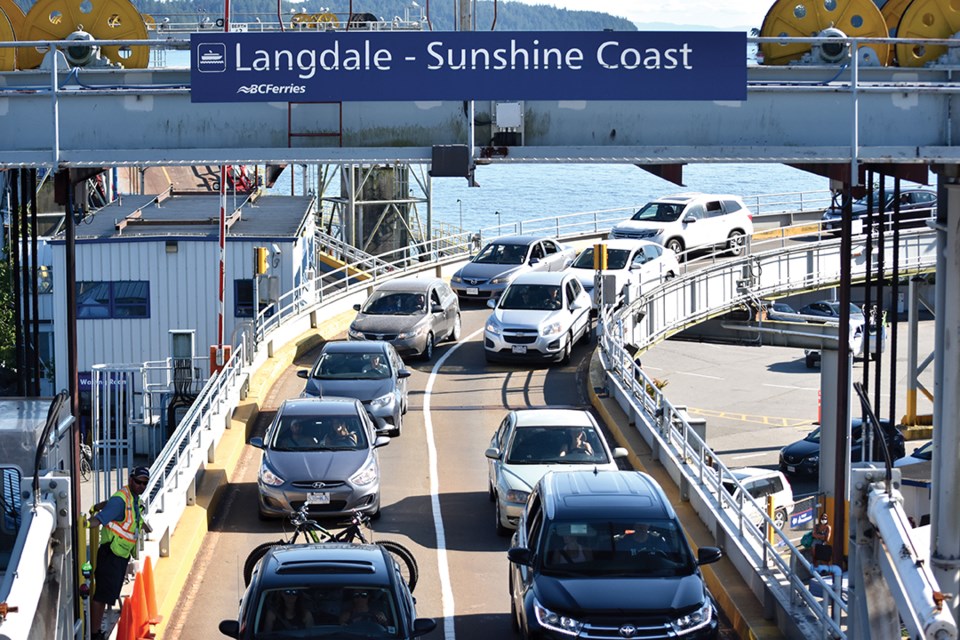 The current reservation capacity on Route 3 is between 40 and 50 per cent.Sophie Woodrooffe File Photo

Politicians were getting it in both ears this week as two separate ferries-related issues blew up in a big way.

The first was the BC Ferries summer trial that will boost reservation capacity from the current 40-50 per cent to 95 per cent and raise the vehicle fare for those who manage to squeeze aboard without a reservation by an incredible 40.4 per cent.

Yes, a non-reserved round trip that currently costs $47 per vehicle will shoot up to $66 under the trial program. Amazingly, the independent ferry commissioner, who set the annual price cap at 2.3 per cent, doesn’t seem to have a problem with this targeted increase, since the regulation is based on the average fare and applied system-wide. Who knew such a loophole existed?

The punitive rate and virtual elimination of non-reserved capacity are naturally designed to push everyone into booking reservations. This has unleashed a torrent of broadsides against BC Ferries and local politicians for endorsing the plan. The facing letters page will give you a taste of the passion that’s been stirred up and the specific concerns that have been raised.

In fairness, some of these concerns are being addressed (adequately or not) as more information comes out. At press time, for instance, we’ve just learned that customers will be able to change reservations up to 45 minutes before sailing and those who want to make advance payments in cash will be given that option. The bigger question – whether space will be available at all over extended periods during the summer – will not be tested until the trial takes place. Some people are fearing the worst, and they may have reason to.

The other big story that blew up “real good” this week was the B.C. government’s decision to ban non-essential travel from Vancouver Island ferry routes but leave the Sunshine Coast wide open to both the Vancouver Coastal Health region and Fraser Health, since the two have been joined at the hip under the new restrictions.

Officials have been insisting that all non-essential travel should be avoided, but the fact that there are no consequences – no fines, no denial of service – for the Sunshine Coast has infuriated some residents and prompted local politicians to lobby the province for changes. Again, it’s fearing the worst – that with recreational travel to Vancouver Island meaningfully shut down, the Coast will have to play the unwilling host to hordes of visitors from the Lower Mainland while the pandemic continues to rage on.

There was a feeling of helplessness, anger and intense frustration this week as both the ferry trial and the province’s new travel policy threaten to have potentially far-reaching consequences for this community. While it might seem as though your complaints are falling on deaf ears, it’s important to keep making your voices heard.