Developer requested two-year pause because of COVID impact on project
May 6, 2020 10:18 AM By: Sean Eckford 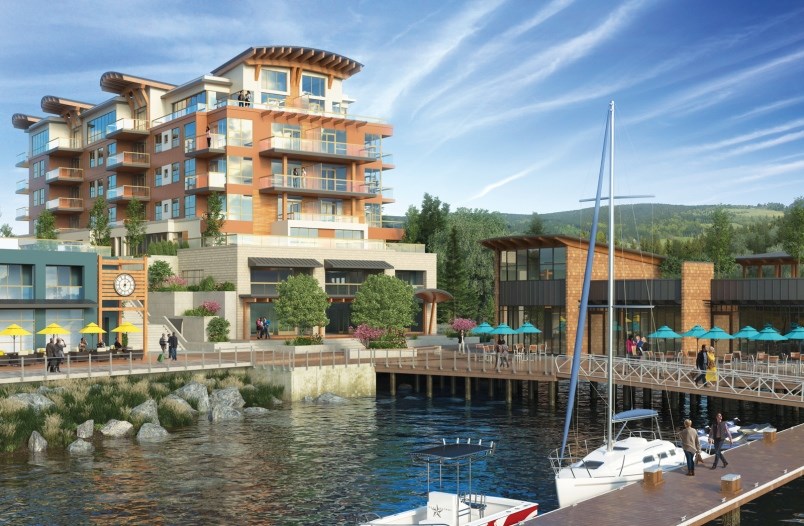 A conceptual drawing of the George Hotel and Residences project in Gibsons.Town of Gibsons Image

Gibsons council’s planning and development committee is recommending a one-year extension to development permits and the deadline for completing a land exchange for the developer behind the George Hotel and Residences project.

The length of time is half of what the developer had requested.

In an April 7 letter to the Town, Klaus Fuerniss of Klaus Fuerniss Enterprises said he needed a two-year extension to the permits, which are due to expire on June 1, because of the “severe and adverse financial and market conditions precipitated by the Covid-19 pandemic”.

Fuerniss said the economic fallout of the pandemic is having a devastating effect on the hotel and hospitality industry.

“Many existing facilities are expected to fail, and lenders and investors will have absolutely no interest or even ability to finance new ventures in this or even major markets for the foreseeable future,” Fuerniss wrote. “We have no present ability to attract the funding necessary to commence this project.”

The request for extensions on the form and character development permit and land exchange agreement went before the Town’s planning and development committee on May 5.

Fuerniss said a two-year extension to June 1, 2022 would allow his company to “protect the tremendous investment of capital, time, energy and talent” that’s already gone into the project by keeping the status quo “until the financial, construction real estate markets can recover confidence and stability,” but the majority on the committee was unwilling to go that far.

“I’m concerned that [the project] hasn’t gotten off the ground and we’re left with a construction site fenced-in in Lower Gibsons that is not an attractive site at all,” said Mayor Bill Beamish. “For me a two-year extension does not give any incentive to the owner or the developer to move forward at this time. I’m not sure what an extension, quite frankly, would do.”

Beamish went on to say he’d support a one-year extension with the condition that the developer clean up the site, remove the fencing, do some landscaping and put in a temporary trail to link the waterfront “so we can actually have part of the amenity that was promised many years ago.”

Coun. Annemarie De Andrade argued against any extension, saying she felt much of the current plan for the project is out of date and out of step with the latest research on the possible impact of climate change to the waterfront.

But councillors David Croal and Stafford Lumley both said they felt turning down the request outright would send the wrong message.

“To suddenly say nope, it’s done, finished, kaput, is not the greatest message to be giving to the commercial development community for a town that’s going to be looking for investment,” said Croal. “We might as well say we’re closed for business.”

If the extension is granted, Croal added, the developer should be asked to provide regular updates on progress.

The final recommendations from the committee, which will need to be ratified by full council, were to grant a one-year extension on the development permit, with a condition to clean up the site and remove the construction fencing.

The committee also voted to extend the deadline for the land swap deal by one year, but forgo a staff-recommended revaluation of the price to be paid to the Town, which is set at $61,600.

There was also support from the majority on the committee to have staff approach the developer about the possibility of building a path linking the waterfront areas.

“I think it would be a nice gesture on the part of the developer to do that at this point at time,” Beamish said.

The Town also has an agreement with Klaus Fuerniss Enterprises on the transfer of a portion of its water lease, which will be incorporated into a marina if the project goes forward.

It calls for the Town to get 15 per cent of “gross revenues from all sources, except fuel sales, collected from the water lot lease area.”

The company’s application for a new water lease is still being reviewed by the province.