A serene beach on an island in Howe Sound, with remarkable biodiversity and First Nations cultural significance, is now a protected nature reserve.
Jan 29, 2021 4:01 PM By: Elisia Seeber 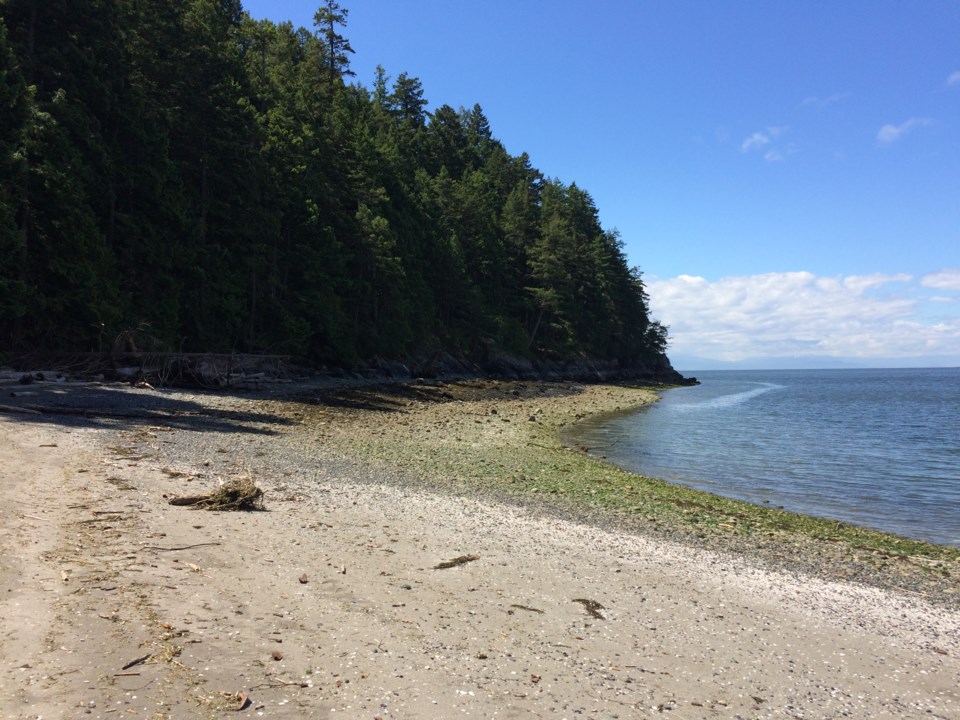 A serene beach on an island in Howe Sound, with remarkable biodiversity and First Nations cultural significance, is now a protected nature reserve.

Sandy Beach on Lheḵ’tínes (Keats Island) has made history as the Islands Trust Conservancy’s 30th nature reserve created in 30 years.

Lheḵ’tínes is one of the larger islands in Átl’ḵa7tsem (Howe Sound), located offshore from Gibsons, and is directly west of Bowen Island.

The beach, on the southwest shoreline of Lheḵ’tínes, has 3.4 hectares (8.4 acres) of Coastal Douglas-fir forest and over 250 metres of beachfront. The area is habitat for a number of threatened and endangered species, and is home to birds such as the Northern goshawk, great blue heron, as well as the olive-sided flycatcher, and the little brown myotis bat.

The beach has also been identified as spawning habitat for surf smelt and Pacific sand lance, two fish species that are important food sources for wild salmon.

The new nature reserve is within the territories of the Sḵwx̱wú7mesh (Squamish) and səl̓ilwətaʔɬ(Tsleil-Waututh) First Nations and is an area of cultural significance and use since time immemorial.

“The Sḵwx̱wú7mesh people have a long interconnected history with Lheḵ’tínes,” said Syeta'xtn, Chris Lewis, Squamish Nation spokesperson and councillor, in a release.

“The island is laden with place names and areas of cultural significance that remind us, as Sḵwx̱wú7mesh, who we are and how the island provided for our people since the beginning of creation.”

He said the Nation relied on the aquatic and terrestrial resources of the island to maintain its culture and way of life.

“The Nation looks forward to continuing our relationship with the Islands Trust Conservancy to ensure that we are protecting both our environment and Sḵwx̱wú7mesh connections to the land and the resources.”

Sandy Beach was a part of Keats Camp, a Baptist summer youth camp operated by the Convention of Baptist Churches of British Columbia, which was founded in 1926. The land was transferred to the Island Trust Conservancy on Dec. 18, 2020, as part of a rezoning and subdivision application and comes with a $12,000 contribution that has been allocated to a land management fund.

Kate-Louise Stamford, Islands Trust Conservancy Board chair, said the beach “holds a special place in the hearts of the Keats community members” and it’s the first protected area on the island. She said the next steps for the land will include the development of a management plan and negotiation of a conservation covenant to provide an additional layer of protection.

Dan Rogers, Gambier Island trustee and Keats Island resident, said he was thrilled by the transfer of the Sandy Beach property to the Islands Trust Conservancy.

“This land is treasured by islanders for its beauty and important ecological values,” he said in a release. “We are now assured that the southwest section of Keats will never face development.”