About six pallets of products from a dietary supplement and marketing company have been donated to the Salvation Army in Gibsons.
Dec 3, 2020 11:26 AM By: Sophie Woodrooffe 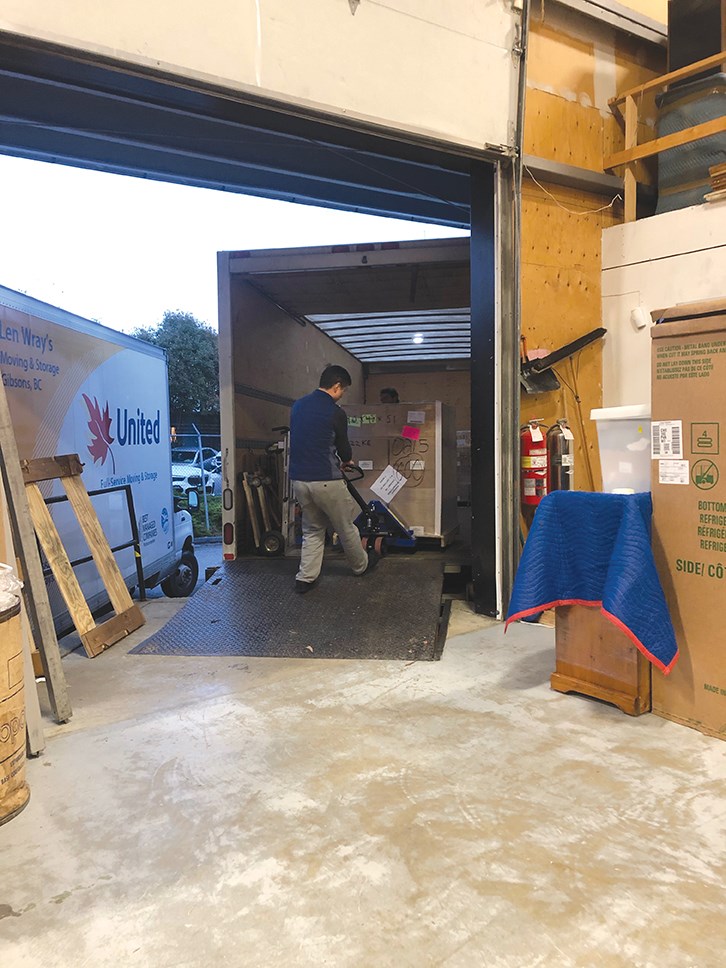 Pallets arriving in Gibsons for the Salvation Army.Kim Kingston Photo

About six pallets of products from a dietary supplement and marketing company have been donated to the Salvation Army in Gibsons.

Isagenix International shipped the product from a distribution centre in Calgary and it arrived on the Sunshine Coast Nov. 28.

“These products will go a long way in providing proper nutrition to people who are vulnerable and hungry on the Coast,” he said.
Included in the delivery are about 25,000 “OatBakes” cookies, 10,000 servings of hydration mix, 2,700 Snack Bites described by the company as “hunger-satisfying snacks,” 600 packages of “Isagenix Coffee” and 230 “IsaBlenders.”

Pilgrim said the products will be shared with other food banks on the Sunshine Coast.

A Gibsons company, Len Wrays Moving and Storage, is donating space at its storage facility until the product can be shipped across the Coast.

The donation was made after Gibsons chocolatier Kim Kingston, who is a former distributor with the company, reached out to the business’s non-profit arm.

“It just is going to help so many people,” said Kingston. “It’s tough right now.”

According to Pilgrim, the food bank’s numbers have increased by 10 per cent since the Canadian Emergency Response Benefit ended in October.

This is the second shipment of goods from the company. In October 2019 Kingston facilitated the donation of products with a retail value of $20,000 to Gibsons Salvation Army.

The private, Arizona-based company describes itself as providing “systems for weight loss, performance, vitality and well-being, personal care and beauty, and financial wellness” and uses multi-level marketing as part of its business model.