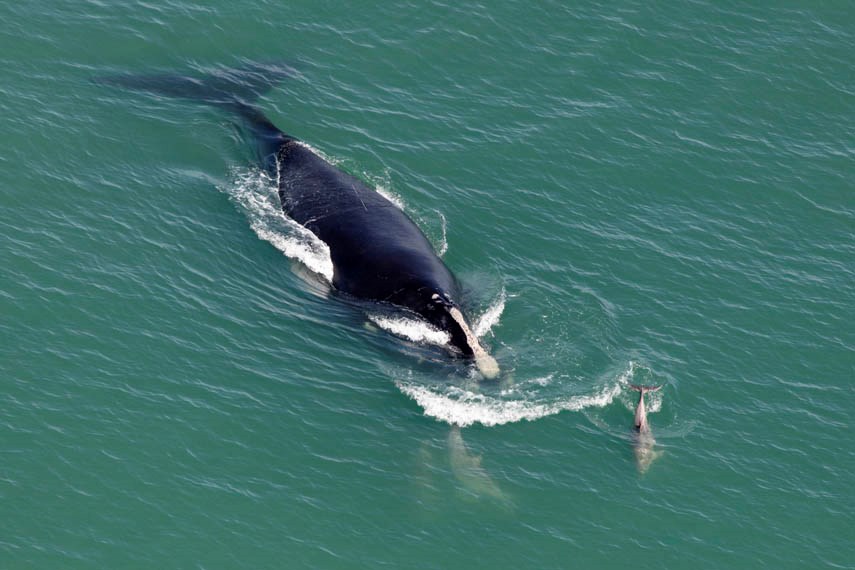 A North Atlantic right whale comes up for air. A North Vancouver firm has been hired to track the endangered whales from space.Getty Images

Think of it as the world’s most expensive whale watching expedition.

North Vancouver’s Hatfield Consultants is leading a consortium of tech and environmental firms to spend the next three years spying on the North Atlantic right whale from space in hopes it may help save the species from extinction.

The $5.3-million smartWhales program has been set up by the Canadian Space Agency as the handful of surviving whales faces threats from humans due to vessel strikes, entanglement in fishing gear and underwater noise.

“There are only 366 estimated right whales in existence. It's critically endangered. So we're really looking for quite a rare species, and we need all the help we can get to know where to look,” said Andy Dean, senior partner at Hatfield. “It's a pretty exciting project to be involved with.”

The company will gather high-resolution pictures taken from satellites over the East Coast, where the 70,000-kilogram mammals are known to feed on zooplankton, and analyze them using artificial intelligence to identify individual whales. That info will then be sent directly to the Department of Fisheries and Oceans and Transport Canada, which currently use survey planes and underwater autonomous drones to listen for whales.

With better monitoring of where the whales are and, more importantly, where they might be going, the government can better respond to threats by closing down fishing areas or requiring vessels to reduce their speed, Dean said.

Thankfully, the whales present no privacy concerns, he added with a laugh.

The consortium includes academics, tech industry members, biologists, and non-profits. Hatfield’s role will be in remote sensing. More than providing close to real-time intelligence on the movements of whales, the program could be a big step forward for environmental monitoring more broadly, Dean added.

With the growing sector of private space ventures, there will soon be enough Earth observation satellites in orbit that almost everywhere on the planet could be imaged multiple times per day at 50-centimetre resolution, Dean said.

It could take less than an hour for the images to be acquired, before Hatfield’s staff and computers can go to work on them.

“These files are quite large. The imagery is big data. But, because we have powerful cloud computing available, we can process the images using a deep learning algorithm and get the results very quickly,” Dean said.

The first step, though, is developing that algorithm and the race is on. Since 2017, 32 right whales have died and 14 have been seriously injured.

“We obviously want to get up to speed as quickly as possible because the right whale situation is quite serious,” Dean said. "Time is of the essence.”