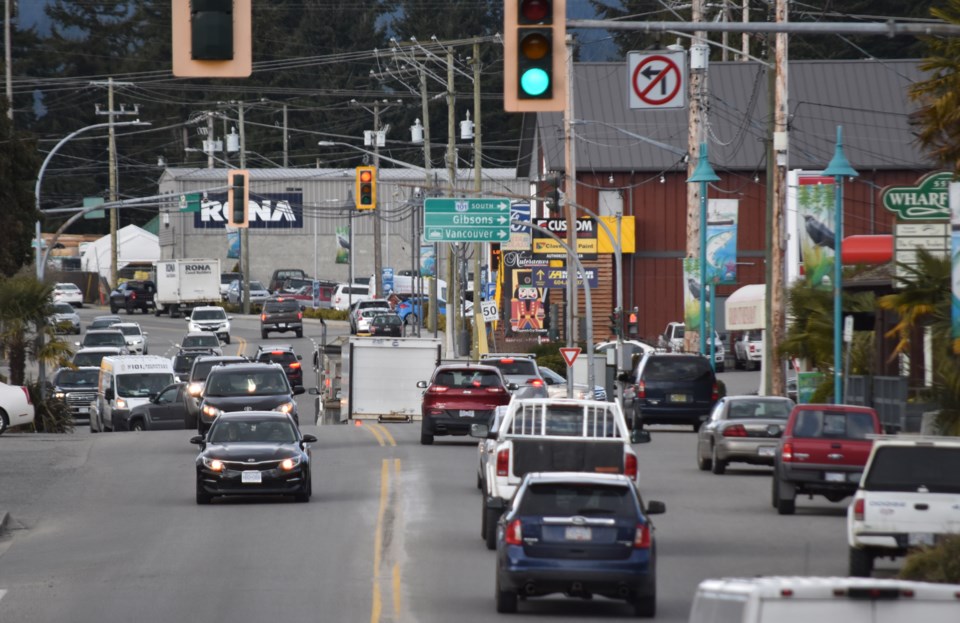 A few more details about an upcoming bypass study came before Sechelt council on Feb. 24.

They arose during a presentation by Ministry of Transportation and Infrastructure (MOTI) staff on a corridor review study completed last September.

MOTI district manager Elena Farmer told councillors at the Feb. 24 committee meeting work has been delayed because of the provincial election and COVID-19, “but we are moving forward with doing a full bypass study.”

She added the study would be looking at a “full bypass but it could have staged elements to it.”

In response to a question about the scope – whether the ministry is looking at a bypass from Langdale to Halfmoon Bay – Farmer said it’s still under development. “As we develop that scope it probably makes sense to engage with yourselves,” she said, adding: “It should cover the elements you would like to see.”

She said a project manager has been assigned to the task and will be engaging with local governments.

When the corridor review was released last September, then Transportation Minister Claire Trevena announced the province would pursue a feasibility study of a Highway 101 bypass, with public consultation slated for 2021.

Councillors used a portion of the meeting to ask about improving partnerships and communication with the ministry – an issue that’s also been raised by both Sunshine Coast Regional District directors and Gibsons council.

Mayor Darnelda Siegers noted the timelines put forward by MOTI didn’t match up with those set by District of Sechelt staff on upcoming projects.

Farmer said there is opportunity to discuss works Sechelt is planning and “how we can potentially advance some of the findings from this particular study to have those placed at a similar timeframe.”

Another area mentioned was the intersection of Trail Avenue and Teredo Street at Highway 101, where pedestrians have been hit by vehicles. Coun. Matt McLean said the problem intersection wasn’t included in the study.

In response, Farmer said, “nothing is off the table.”

With the corridor review completed, next steps will involve working with local government “to find out what are your priorities, what are your plans and how do we fit it all together,” said Farmer.

Siegers referenced a plan made in previous years to do joint work with MOTI on road improvements in Davis Bay, but that the project was taken off the ministry’s priority list. She asked how to move that project forward in partnership with MOTI.

Farmer said follow-up meetings to discuss priorities would allow the ministry to start looking at what programs would be available to fund them, “and to make sure it aligns with the District of Sechelt’s ability to also provide that funding.”

She said the meeting was a “first step” on starting engagement and recommended local and provincial government staff could meet to discuss further before coming back to council “in order to put together a bit of a plan on how we move forward.”

During the meeting, the question of expropriation was also raised. Farmer said it would only happen if it was “the only option” and if the “benefits outweigh the cons.”