Metal tipping fees to double at Sechelt landfill and Pender

Tipping fees to dispose of metal at the Sechelt landfill and the Pender Harbour transfer station are set to double to make up for a budgetary shortfall and because of a new metal hauling and recycling services contract.
Oct 13, 2020 11:27 AM By: Sophie Woodrooffe 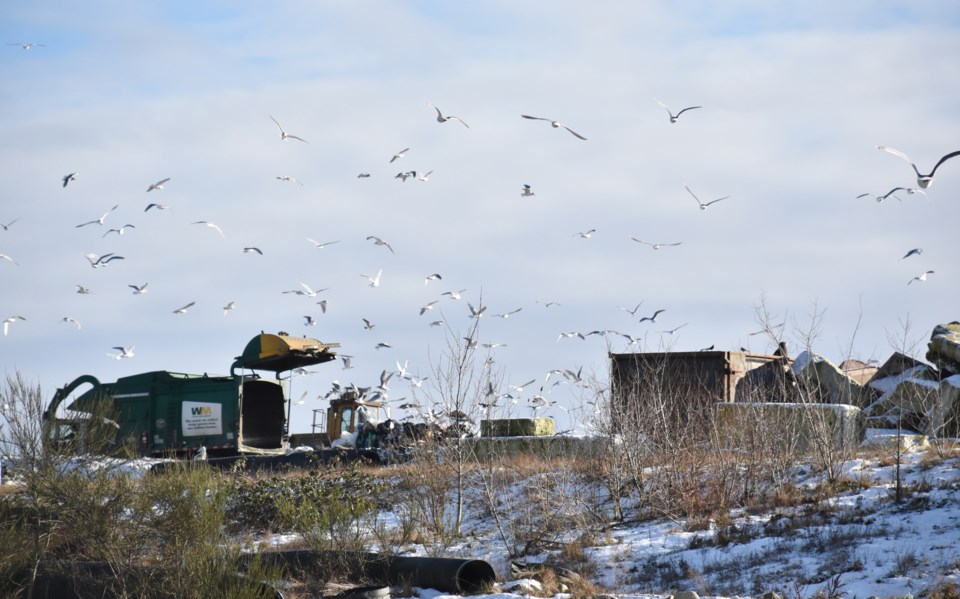 The Sechelt landfill, where tipping fees to dispose of metal are set to double to $140 per tonne.

Tipping fees to dispose of metal at the Sechelt landfill and the Pender Harbour transfer station are set to double to make up for a budgetary shortfall and because of a new metal hauling and recycling services contract.

The new $140-per-tonne fee represents an attempt to align pricing with the true cost of the service, said Sunshine Coast Regional District (SCRD) staff at the Oct. 8 planning and community development committee meeting where the increase recommendation was introduced – and funding shortfall identified.

A contract for the service is set to expire at the end of the month, and the replacement contract is three times the available budget. Additionally, the $70 tipping fee established in 2013 no longer covers the full cost of the service, said the Oct. 8 staff report.

About 940 tonnes of metal were collected at the Sechelt landfill and Pender Harbour transfer station last year.

Staff recommended awarding the new contract to Sunshine Coast’s Salish Environmental Group, known locally as Salish Soils, worth $212,550 to cover the hauling and recycling for one year. The available 2020 budget is $52,000.

Solid waste services manager Robyn Cooper explained the one-year contract was intentional to “address volatility in the recycling market” and said the SCRD has been losing money on its metal contract.

The SCRD received two proposals, but a value-added component added to Salish’s appeal. According to the staff report, the company will hand all revenue from metal sales to the recycler back to the SCRD, which staff estimate could result in annual revenue of $99,700.

Any excess revenue would go back into a tipping fee fund, but it’s unclear how much that would amount to. “There will hopefully be money at the end of the rainbow,” said infrastructure services general manager Remko Rosenboom.

Without the revenue offset, staff said the fee would be as high as $280 per tonne.

Staff also gave the option of discontinuing the metal recycling program altogether but said it would limit disposal options on the Sunshine Coast.

There is another – free – option for dealing with scrap metal on the Coast at privately-owned By-Pass Auto outside of Gibsons in West Howe Sound. They don’t, however, accept all types of metal, such as fridges and freezers, which contain “ozone depleting substances,” which the Sechelt landfill does.

Area A director Leonard Lee called it “a huge increase” and said he was “struggling” with the doubling of the price and the decision to place any excess revenue back into the tipping fee fund, saying his concern was it could stop people from recycling metal.

The SCRD has been losing money with its current metal contract and on metal diversion. “This is really to correct that and to reflect any increases that we have with the new contract,” he said.

Directors supported the fee increase and awarding the contract at committee in the morning and approved the contract at the Oct. 8 board meeting. They still have to vote on the bylaw amendment to increase the fee.

At the same meeting, directors voted to award Salish Environmental with another contract, this time worth $239,000 over three years to haul gypsum from the landfill and transfer station to a recycler, beginning November.

In 2019, the Pender Harbour transfer station and Sechelt landfill received 495 tonnes of gypsum without asbestos.

The contract is expected to result in a budget shortfall of $11,400.

Directors are expected to deliberate on whether to make further changes to tipping fees, including for gypsum, when staff submit a tipping fee review later this year. It will also include an analysis of the cost of diverting metal, which staff said was outside the scope of the Oct. 8 report.