Up to 20 not-for-profit organizations and government representatives have been invited to attend an emergency private meeting on March 1 to “take immediate action” to address the Sunshine Coast housing crunch, according to Sechelt Coun.
Feb 25, 2021 10:52 AM By: Sophie Woodrooffe 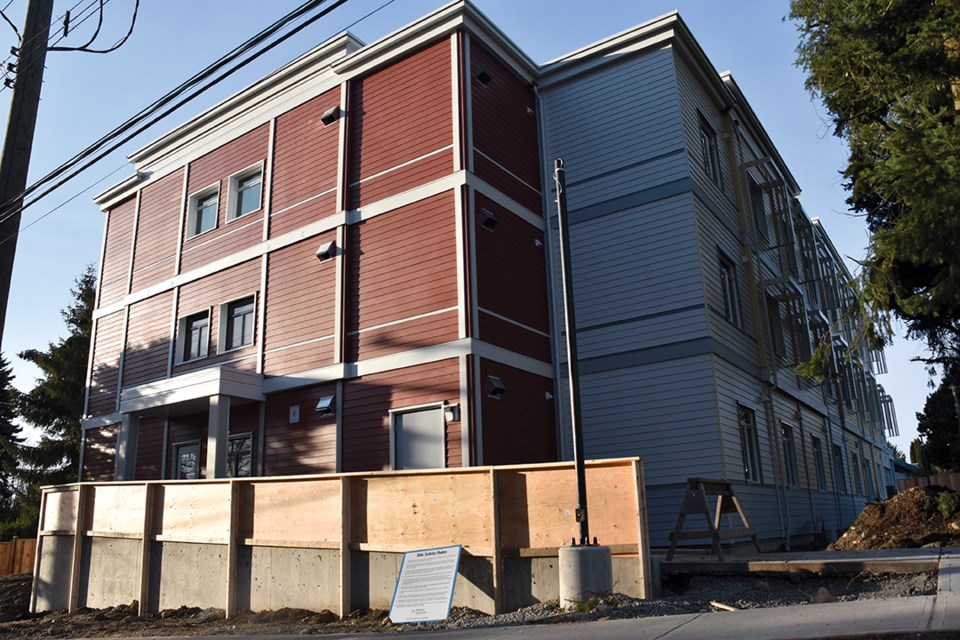 Up to 20 not-for-profit organizations and government representatives have been invited to attend an emergency private meeting on March 1 to “take immediate action” to address the Sunshine Coast housing crunch, according to Sechelt Coun. Matt McLean.

The councillor made a motion during a Feb. 17 regular council meeting, forwarded from the Housing Advisory Committee, to use $1,500 from the district’s portion of federal Safe Restart funding to hire a facilitator and host an “emergency housing meeting.” It was unanimously supported by council.

The meeting would “allow us to come together to develop a shared vision and work plan to tackle this challenge,” he said.

In follow-up with Coast Reporter, McLean said the meeting won’t necessarily be restricted to affordable housing, and possible focus areas would include:

•  Advocating to funders, industry and government for workforce housing, homelessness supports, options for youth transitioning out of care and “women and children fleeing unsafe situations.”

• Partnering with local government and First Nations “to create a permanent, part-time cross governmental position” to address housing issues on the Coast.

• Finding ways to expand shelter and short-term supportive housing and increasing seasonal shelter bed capacity and expanding it to year-round use.

The recently-published Housing Needs Assessment report and implementation framework for the Sunshine Coast could act as the basis for discussion, he said.

That report, released last October, found “across the Coast, many median-earning households are priced out of home ownership and many renter households struggle to find affordable and available long-term rentals.”

The meeting is being kept private to allow for free exchange of ideas, said McLean, who declined to provide Coast Reporter with a list of attendees since he had not been granted permission to do so. All invited attendees are either government or non-profit representatives, including from shíshálh Nation.

The meeting comes on the heels of two letters submitted to the district by the Sechelt and District Chamber of Commerce suggesting the district could sell the property on which the municipal hall is located and relocate the hall to Dusty Road where an operations centre build is planned, making way for 200 units of workforce housing on the Cowrie Street lot.

The idea did not gain traction among council.

Chamber chair John Henderson said his organization hadn’t been invited to the meeting and told Coast Reporter “we’d be interested in at least attending to know what things are going on, what things are being considered.” Affordable workforce housing is a top priority for the chamber’s membership, he said.

David Reed, president of the Coastal Workforce Housing Society, said his group was invited. He told Coast Reporter the biggest challenge they are facing is access to public land for larger housing projects.

He has been on the lookout since 2019, but no public, serviced land is available and suitable for the society’s goal – to construct an approximately 40-unit apartment building with amenities on one acre of land.

Instead, the organization has been forced to turn to private property owners. “Land costs money, it’s financially handicapping,” said Reed.

In Gibsons, the Sunshine Coast Affordable Housing Society is awaiting a funding announcements to finance 40 affordable rental units at a Shaw Road development that would be located on town-owned property.

Homelessness is also on the rise on the Sunshine Coast, but at least one advocate says progress is being made on that front.

The five-bed Gibsons extreme-weather shelter is expected to stay consistently busy until it closes at the end of March and is running one bed under capacity, said affordable housing advocate Silas White, who assists with oversight and will be attending the meeting for housing group Cover the Coast and the Sunshine Coast Homelessness Advisory Committee.

He told Coast Reporter “significant progress” has been made on homelessness with the opening of the supportive housing project on School Road and so he didn’t expect that to be a focus of the meeting.

In Sechelt, the Upper Deck Hostel shelter has been at capacity for the month of January, according to BC Housing, and 21 hotel rooms are being leased in Sechelt until the end of March 2022.

As of Jan. 20, those rooms have been fully occupied, but most of those tenants will be moving into the new supportive housing complex on School Road in Gibsons once an occupancy permit is issued.

Once those moves are complete, “BC Housing in partnership with local government, the Sechelt Nation and service providers will review the supportive housing needs of the Sunshine Coast,” BC Housing media manager Laura Matthews told Coast Reporter.

At the end of 2020 there were 106 applicants on the Supportive Housing Registry on the Sunshine Coast, according to BC Housing, and plans are underway to renovate and add more shelter space at the Upper Deck Hostel in Sechelt.