Write that song by ‘painting music’

Most of us can’t read or write music. We might enjoy listening to it and may sing or play an instrument, or even dream up our own musical compositions. But understanding those five-line staffs dotted with symbols is another matter.
Feb 4, 2021 9:59 AM By: Rik Jespersen 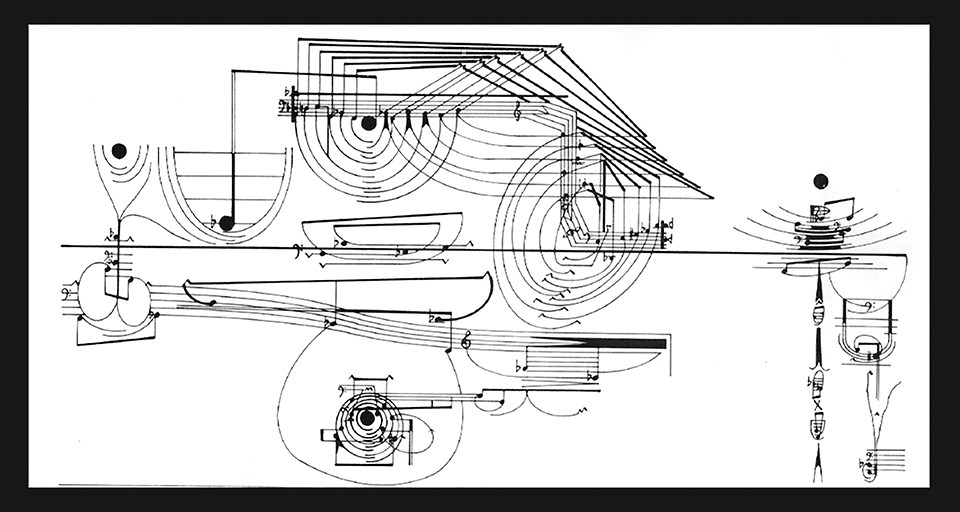 A page from the graphic score of Treatise, by Cornelius Cardew, is just one example of “painting music.”LABORATORIOARTSSOCIETY.WORDPRESS.COM

Most of us can’t read or write music. We might enjoy listening to it and may sing or play an instrument, or even dream up our own musical compositions. But understanding those five-line staffs dotted with symbols is another matter.

An upcoming series of free workshops, called Painting Music, led by Roberts Creek musical maestro Giorgio Magnanensi, won’t teach musical language. But anyone with a tune or score in their heads will learn how to get it down on paper in some form and hear it played by professional musicians.

Magnanensi, artistic director of Vancouver New Music, in cooperation with Laboratorio Arts Society, will use the workshops to impart what’s called “graphic notation.” It’s a method that “does not require any prior knowledge of how to read or write traditional music,” said the Laboratorio website.

The now-standard, five-line musical notation is just a few centuries old. Over the millennia, musical scoring has had many different modes and often looked like abstract painting.

For Magnanensi, an exploration of that freer form of notation started many years ago with members of the Royal Symphony Orchestra who he worked with in London, he said in an interview. A group of the musicians reached out to the community to interpret graphic scores. “That was an inspiring project,” he said. In 2006, a similar project culminated in a performance by musicians at Roberts Creek Hall. This year, the workshop sessions will take place via Zoom.

The first meeting on Feb. 19 will look at different forms of graphic notation and introduce ideas of alternative scoring systems and sound composition. In the second workshop, on Feb. 26, the newly composed one-page scores will be discussed with the musicians, who will then interpret and perform them. The final performances will be live on YouTube on Saturday, March 12 and March 19.

Magnanensi said he has done the workshop many times and opened it to everyone. But he said that on this occasion, with most people, including him, being stuck at home, preference will be given to his fellow residents of the Sunshine Coast who have no musical training. Registrants must be 18 or older. As of press time, about half the limit of 25 people had already singed up.

The deadline to register is Monday, Feb. 8. If you’d like to take part, send your name and contact information to vera@newmusic.org.