The longest-running arts festival on the Sunshine Coast just staged its first-ever all-virtual event, which has been deemed a success.
May 6, 2021 11:48 AM By: Rik Jespersen Arts & Entertainment Writer 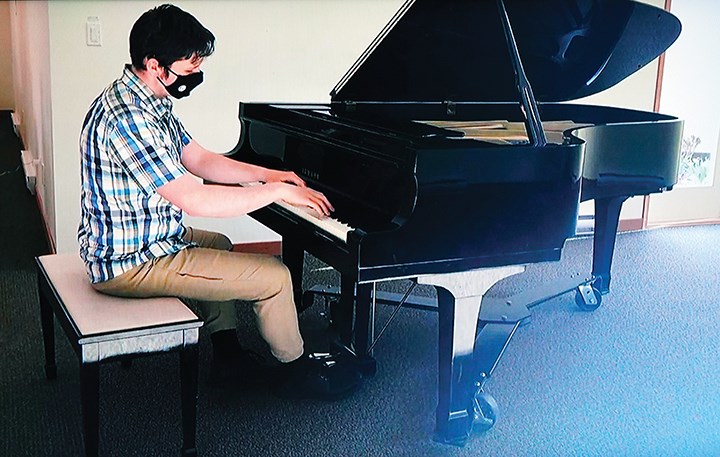 The longest-running arts festival on the Sunshine Coast just staged its first-ever all-virtual event, which has been deemed a success. And while organizers will be happy to return, if possible, to a live festival in 2022, the virtual version offered some advantages worth considering for the future.

“I think the performers have really embraced it,” Sarah Lowis, president of the Sunshine Coast Festival of the Performing Arts (SCFPA), said in an interview. “We had almost 200 entries. And I guess maybe it’s that generation, they certainly are comfortable using technology and they had no problem, that we’re aware of, submitting videos.”

A registered charity originated in 1973 and funded by donations and local sponsorships, the festival is open to all ages, although most entrants are young people. Performers in a variety of musical, dance, and spoken-art disciplines had always performed live during the April festival, which culminates in a Highlights Concert, held this year on Sunday, May 2.

The 2020 festival was cancelled due to COVID-19. With the pandemic still in the air this year, all entries were submitted digitally. Entrants then went through the festival’s customary adjudication process, receiving written and live-online critiques and advice from experts in their disciplines.

Lowis noted that the all-virtual aspect of the event made it easier for some participants to decide to enter.

“I know, in particular, my daughter would never have entered the festival if it was in-person, because she didn’t want people watching her (live),” Lowis said. “But she was quite keen to do it virtually because it was just her mom filming her. For those who are a bit more timid or intimidated by the whole experience, it was a great opportunity because they could actually participate.”

Some entrants, however, look forward to playing live again at future festivals.

“I do very well in front of an audience,” piano student Matthew Douglas told Coast Reporter. “My performance is always best when I’m in person. If I make a mistake when I’m recording, that just taints the rest of the video for me. I know I always could make another recording. It’s just a matter of how much time I have to do it.”

The recorded performance by Douglas, 17, was among those featured in the Highlights Concert, broadcast on Eastlink Community TV. The 60-minute concert also remains available to view online until Sunday, May 9. The recording can be accessed through a link on the website, coastfestival.com.

In addition to being included in the Highlights Concert, Douglas was also among 18 SCFPA entrants who were nominated to go to the annual provincial festival staged by Performing Arts BC, which this year will be held June 1 to June 5. That also will be a virtual-only event.

Whether it’s to be live or online, the SCFPA has decided to move the festival to February and March in 2022 for the first time, rather than the traditional April and May.

“Now it’s going to be Feb. 15 to March 13, just before spring break, with the highlights concert on the (final) Sunday,” Lowis said. “That’s so we can encourage more speech and dramatic arts (entries) in particular, because that always sort of clashed with the timing of other performances that were happening on the Coast. It also allows performers to hone their art a little bit sooner before other competitions.”