Gibsons singer-songwriter Lowry Olafson is once again in a pretty good place, as his talents, life circumstances, and a little help from his friends have led to new initiatives, with music always at the centre.
Apr 15, 2021 9:31 AM By: Rik Jespersen Arts & Entertainment Writer 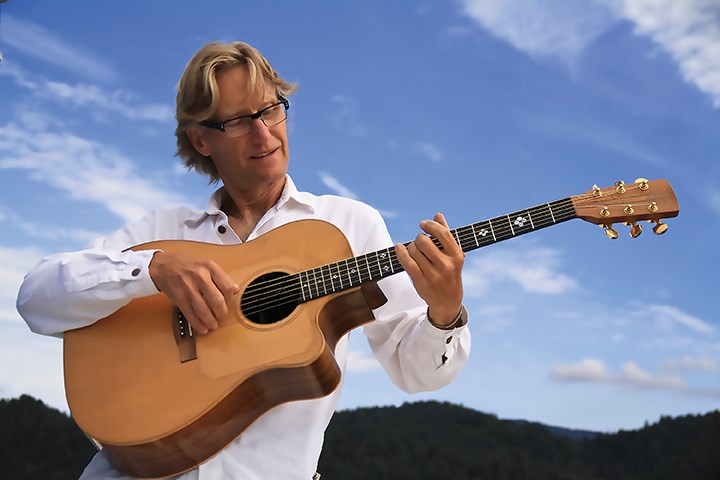 Gibsons singer-songwriter Lowry Olafson is once again in a pretty good place, as his talents, life circumstances, and a little help from his friends have led to new initiatives, with music always at the centre.

His life of international travel began from birth, 67 years ago in Pakistan, where his Canadian family was stationed while Olafson’s father worked for the United Nations. His mother taught piano, so from an early age, no matter where they lived, music was always in the air.

As a young man with an acoustic guitar and a good voice, Olafson sang and played his way around the world in bands and as a solo performer, but the endless string of saloons and cover-tunes got old. “I hated the bar scene and I hated that I couldn’t play my own songs,” Olafson told Coast Reporter. “You come home stinking of cigarette smoke. Even though I was playing music and getting paid to do it, it just went against everything that I wanted to do with my life. I had a lot of issues around believing in myself.

“When I was about 28, a friend of mine sat me down and asked, ‘What would you do with your life if you didn’t have to worry about any practical considerations?’ It took a lot to admit that I wanted to have enough songs to record an album. He encouraged me, and I started getting songs together. I found a studio and I started recording. I did my first album back in 1992.”

Since then, there have been eight more albums, and a move to the Sunshine Coast from the Lower Mainland in 2001. Olafson also began branching out into other areas of music. “I started doing workshops. I’d go into the schools and with 35 kids, we’d write a brand new song in two and a half hours and record it. And then I’d do a concert after lunch for the whole school and the kids would perform their song. In six years, I did 400 of those, all over Western Canada.”

That led to writing theme songs for non-profit groups. “It was a team-building thing,” said Olafson. “It was really exciting, and a powerful experience for people. I developed the ability to facilitate things. They were driving the songs, but I was providing the guidance so that it would turn out well.”

What would evolve next for Olafson came out of personal challenges, and once again, a little nudge from a pal. “Three years ago, I was going through a big transition in my life and trying to rebuild things,” Olafson recalled. “And this friend of mine said, ‘Why don’t you do affirmations?’”

Olafson took up the suggestion and spontaneously wrote a song with these lines: “I’ve got a house on the water and someone to love/ I laugh and sing and work and play/ I’m living in the flow, helping people grow joy and adventure every day.” It sounded good, but was fiction.

“I just started singing it, even though I didn’t have a house on the ocean, someone to love and didn’t even have meaningful work,” he said. “But, you know, two years later, I had all those things.”

As Olafson told people about his experience, they wanted their own affirmation tunes. That’s when he launched Power Songs (powersongs.ca), life-coaching through music.

“I love the process. It’s super meaningful to me to be able to use this ability to really create an impact on people’s lives,” said Olafson. “Last year, I wrote about 40 of them with people from all over the place.”

Olafson said he’s willing to return to live performances when COVID recedes, and he still does occasional gigs on Facebook. But writing affirmation tunes “just kind of fills all the bills for me,” Olafson said. “I like doing concerts, and I like lifting people up in my shows, but the work I do here has a really big impact.”