The Nutcracker is back. After a year in which, thanks to the pandemic, the popular Christmas-time dance production was absent on the Sunshine Coast for the first time since 2012, it will be remounted at Raven’s Cry Theatre this coming December.
Feb 5, 2021 6:00 AM By: Rik Jespersen 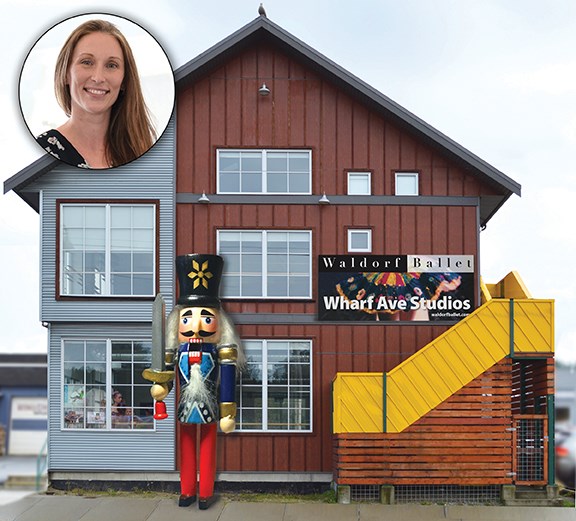 The Nutcracker is back. After a year in which, thanks to the pandemic, the popular Christmas-time dance production was absent on the Sunshine Coast for the first time since 2012, it will be remounted at Raven’s Cry Theatre this coming December.

Leading the way is Johanna Waldorf, artistic director of Waldorf Ballet in Sechelt. Waldorf is taking on the task following the departure of dancer, teacher, and impresario Kathleen Holmes, who left the Coast last year after producing the annual ballet for eight years.

“I did meet with Kathleen a couple times before she left. We talked about what it would mean stepping up to that role,” Waldorf said in an interview.

“Essentially, her whole operation [The Coasting Along Theatre Society] was going to come to an end with her leaving. So, that kind of left an open book for someone to step in. It definitely left big shoes to fill.”

Waldorf said she sees the daunting job of starting over as an opportunity for both some new choreography and a new feel.

“We are looking at giving the whole production a bit of a fresh take. I’m collaborating with the original artist Cody Chancellor on redesigning sets. We’re going to give it a little bit of a fresh look, it’s not going to be all exactly the same,” said Waldorf.

“The storyline will be the one we know and love. It’ll have that sense of tradition, but there’s a few new surprises in there. So, all the kids can expect that there’s a little bit of a new experience along with it, too.”

The kids are so much of what The Nutcracker is all about.

Among the cast of about 75, most are young local dancers, from seven-year-old novices to accomplished teenage future professionals.

Auditions will be held at Waldorf Ballet on the weekend of May 1 and 2. The production process, which often would not start until September in earlier years, has been moved up to help spread out smaller rehearsals for COVID-19 safety.

Waldorf said that to qualify, all would-be cast members, if not already registered, must be prepared to sign up for training in the fall at one of the Coast’s four dance schools.

Waldorf hopes to have enough participants, as in previous productions, to create two casts, A and B, for the many supporting roles, which gives more younger dancers a chance to perform. She is also currently planning on six performances over the Dec. 9-12 run.

As the tagline in Waldorf’s advertisements says, “The Coastal tradition continues.”