You could look at 2020 as an “End of the Road,” as Roberts Creek folk singer Grant Olsen did in using the phrase as the title of his new album in this year of pandemic.
Dec 31, 2020 2:11 PM By: Rik Jespersen 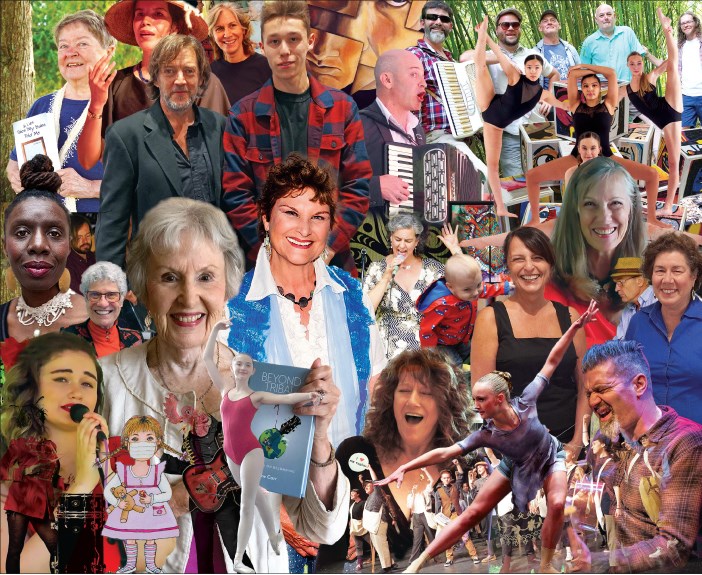 You could look at 2020 as an “End of the Road,” as Roberts Creek folk singer Grant Olsen did in using the phrase as the title of his new album in this year of pandemic. The health threat has for the time being put an end to road trips and has meant relatively few gigs for local players.

Defying the end of the road sentiment, if tongue in cheek, were Brothers in Farms, who also put out a new collection of tunes, Possibilities, and in support of it embarked on what they called the Local Love All Coast Album Tour. It consisted, unless we lost count, of two performances.

One of those was at the Rockwood Pavilion, home of the Sunshine Coast Festival of the Written Arts, our biggest annual one-location cultural event, which, had it not been cancelled, would have filled the 400-seat pavilion many times over in mid-August. Instead, the only thing that happened all year in that place, the Coast’s largest performance venue, was the Brothers’ rousing August concert – as rousing as any event can get with a safely distanced audience of 40.

The Hackett Park Arts & Crafts Fair, also the biggest of its kind locally, is purposely scheduled to coincide with the writers’ fest, but was called off, too, as were the Gibsons Landing Jazz Fest, the blues weekend in Pender Harbour, and the Rogue Arts Festival.

Another gaping absence was The Nutcracker, with its classy production values and cast of dozens of local young dancers and veteran guest performers. It had drawn audiences to the Heritage Playhouse in Gibsons and later Raven’s Cry Theatre in Sechelt every December since 2012. It so happened that the force behind the dance-musical – dancer, teacher, and impresario Kathleen Holmes – announced her retirement in early January, before most of us had ever heard of coronavirus or could have predicted its impact. There would be no chance for local dance companies to take up the Nutcracker reins, which was a tentative plan, and we can only hope still is a plan for 2021.

Thankfully, exceptions to the rash of cancellations included two major October traditions, the Sunshine Coast Art Crawl and the Sechelt Festival of the Arts, which both were held in a smart and careful, if hobbled form and kept some momentum going.

Other local arts venues and institutions also developed work-arounds. The major public galleries, like Gibsons Public Art Gallery (GPAG) and the Sunshine Coast Arts Council’s Doris Crowston Gallery in Sechelt still managed to put on almost the same number of monthly exhibits, but opening receptions, those fun arts gabfests, are but a memory. They’ll be back. GPAG, meanwhile, cleverly mounted an online art show, with a theme of isolation caused by the plague. It was a big success, drawing unanticipated international attention and submissions.

The Heritage Playhouse staged its last big show in early March, just before the first lockdown, with two sold-out performances of The Vagina Monologues. (The production raised more than $7,000 for the Sunshine Coast Community Services Society.) But in the months to come, the playhouse, like our other theatres, would be in stop-start mode as virus concerns ebbed and flowed.

Singer Deanna Knight staged a successful series of small summer concerts in the open air of her backyard, big enough to seat more than 30 people safely. High Beam Dreams in Gibsons invested in new hygiene technologies, getting ahead of the curve on pandemic protocols, and was able to mount shows with in-person audiences, but even it had to go into hibernation as COVID-19 numbers climbed in late fall.

Music in the Landing producer Verna Chan did manage to stage a weekly series of solo and small-combo concerts in the spring, using the Heritage Playhouse but with an audience composed of only of a few technicians who were sending the music out on Eastlink TV and Facebook Live. Off the Page did soldier on with monthly play readings at the playhouse in the fall, but it too was pushed to venture online-only by year’s end.

Online is where much of the arts action went. We might have heard of Facebook Live prior to March, 2020, but Zoom was a word we’d only have associated with race-drivers and pilots, not musicians, actors and authors. The Sunshine Coast Quarantined Concert Series group on Facebook has nearly 900 members who drop in frequently to catch scheduled or spontaneous performances and recorded postings. Driftwood Players staged a few online theatrical productions, like Babel Rap, that managed to make digital delectable. The Sunshine Coast Arts Council’s reading series, which often packed audiences in to hear authors speak at the Crowston Gallery, also went Zoom.

At least Halfmoon Bay resident and poet Lorna Goodison did not have to settle for a mere online audience with Her Majesty Queen Elizabeth. Goodison and her retired literature prof husband, Ted Chamberlin, travelled to the U.K just ahead of travel bans in the late winter so she could receive, in person from the monarch herself, the Queen’s Medal for Poetry.

You can be sure Goodison is working on new poems right now. Pandemic or not, creators create. It’s said Shakespeare wrote The Tempest during a plague lockdown in about 1610. That’s a bit of a high bar, perhaps, but the poetry is still happening, as is painting, digital art, sculpting, photography, quilting, and you name it – but mostly in private, or among small groups. Here’s to 2021 as the year we get to see, hear and read what they’ve all been up to.