Flight of the magpie

The early stages of the spring migration are underway with reports of about 10 migrant species to date (22nd March), however, the headlines have been pre-empted by the visit of a rare species to coastal B.C. – a black-billed magpie.
Mar 25, 2021 9:51 AM By: Tony Greenfield 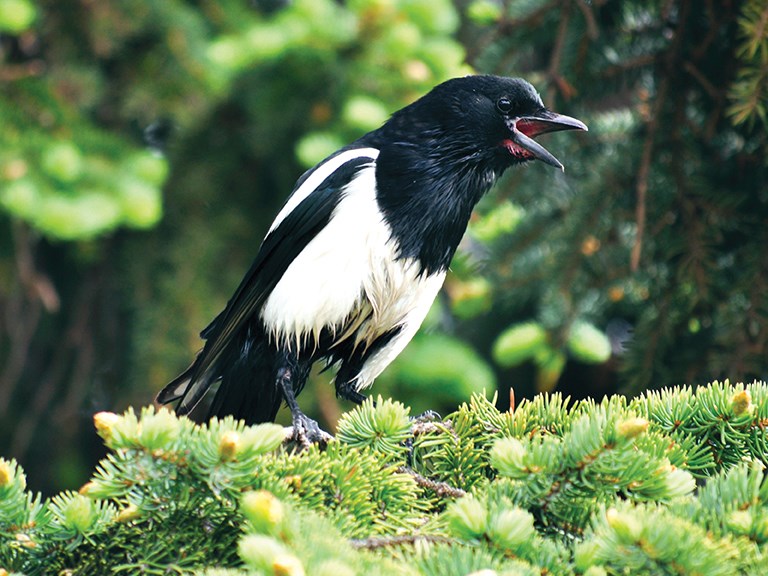 The early stages of the spring migration are underway with reports of about 10 migrant species to date (22nd March), however, the headlines have been pre-empted by the visit of a rare species to coastal B.C. – a black-billed magpie.

Magpies are common year-round residents over most of B.C., particularly in the dry interior, but generally they are totally absent from anywhere west of the Coast Range.

On 27th February Steve Marsh reported a magpie in the vicinity of Salish Soils in east Porpoise Bay. As soon as word got out on the hotlines, local birders descended on the area, but to no avail; the bird had disappeared.

Then on the morning of 16th March a magpie was reported and photographed on Gower Point Road. The birding community swarmed that location and again to no avail.  No magpie!

Later, in a small miracle, one of the birders mentioned the magpie search to a local resident who immediately responded, “I just saw a magpie a few minutes ago up on Payne Road.”

This all sounded too good to be true, but heck these were desperate people, and a caravan of vehicles headed for Payne Road and the Shady Hazel Farm. After about one minute in the area the magpie was located sitting in a tree close to some horses.  However, it did not stay put for very long, as searches a few minutes later drew a blank, and the bird had disappeared from the radar for the third time.

A few days went by and then in a surprising development the peripatetic bird was relocated at Vaucroft on Thormanby Island by John Field and Jenn Blancard.  Of all the places I would have predicted for the bird to appear, Thormanby Island would have been the last! There has only been one previous reliable record of a magpie on the Sunshine Coast (West Sechelt, Alexis Harrington, 2016).

On 16th March, Kai Bosch located and photographed a single snow bunting in the fields of The Shores, west Porpoise Bay. This rare migrant to the Sunshine Coast is en route to the Arctic islands to breed.

As this article appears, we are on the cusp of the arrival of the first rufous hummingbirds from their winter quarters in Mexico.

To report your sightings or questions contact ttony@whiskeyjacknaturetours.com or 604-885-5539. Good Birding.