While residential and commercial construction declined sharply in 2020, major projects increased to nearly $370 billion
Feb 24, 2021 10:44 AM By: Western Investor Staff 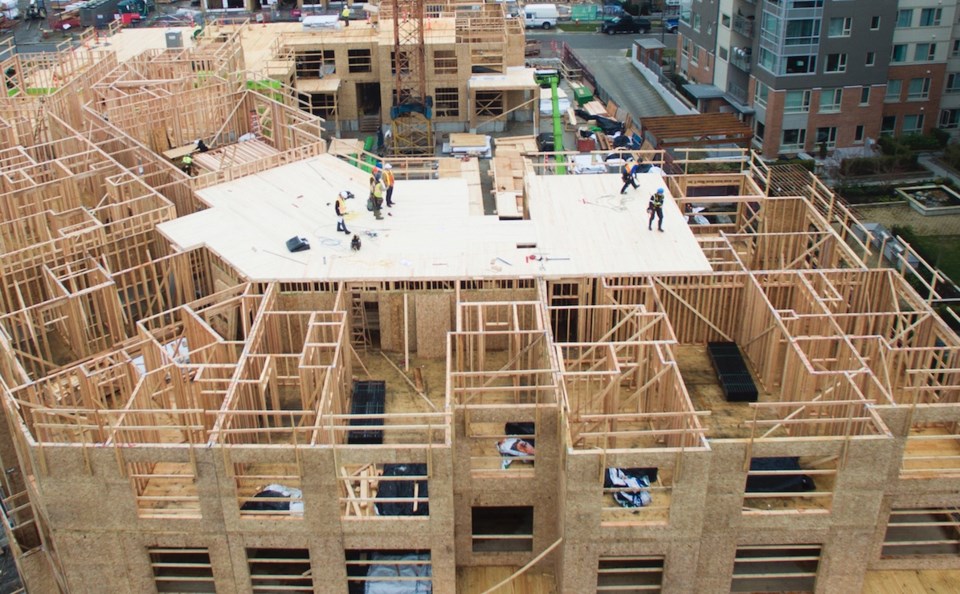 Metro Vancouver home building has rallied after falling nearly 19 per cent in 2020. Adera

Major resource projects, such as the LNG Canada export terminal at Kitimat, salvaged British Columbia’s construction pace in 2020, as home building plunged 18.9 per cent and commercial construction fell nearly 8 per cent from a year earlier.

Nearly a third of the major projects are under construction, including LNG Canada ($36 billion) the Coastal GasLink Pipeline Project ($6.2 billion) and the Trans Mountain pipeline ($12.6 billion).

“B.C.’s major projects, driven by natural resource and infrastructure projects, provide thousands of both direct and indirect jobs and are spread across every region in the province. With employment and GDP expected to remain below pre-crisis levels in 2021, these projects will meaningfully increase economic growth and help pay down the large provincial debt incurred to support businesses and citizens through the pandemic,” said Lori Mathison, president and CEO of the Chartered Professional Accountants BC (CPABC).

The data is contained in the CPABC’s annual BC Check-Up for 2020.

Investment into both residential and private non-residential projects also cooled, and despite recent price gains, housing starts steeply declined. The overall number of housing units started was down by nearly a fifth (-18.3 per cent) through 2020 compared to the number started in 2019. Attached units, such as condos and townhomes, accounted for the majority of the decline, according to the CPABC.

Private non-residential investment, such as commercial and industrial construction, declined to $5 billion in 2020, representing a 7.9 per cent drop compared to the level of investment in 2019.

“Economic uncertainty saw investors delay or cancel both residential and non-residential investment projects in 2020,” noted Mathison. “Over 7,800 fewer residential housing units were started compared to 2019, and over $430 million less was invested in private non-residential developments. This is worrying as construction has been a large factor in the province’s robust economic growth. “

She noted that both attached and detached starts rebounded from earlier in 2020, and the pace has continued into 2021.

According to Canada Mortgage and Housing Corp. total Metro Vancouver housing starts in January 2021, at 1,394 units, were up 36 per cent from same month a year earlier. A total of 44,213 units are currently under construction in Metro Vancouver, including 37,135 apartments – 15 per cent of which are rentals – 2,994 townhouses and 3,464 detached houses.