'We love ya': Rock star Bryan Adams thanks Lions Gate Hospital for looking after his mom

"Thanks to the incredible staff at @lghfoundation (Lions Gate Hospital) in North Vancouver for taking such good care of my mum Jane."
Feb 26, 2021 11:42 AM By: Elisia Seeber 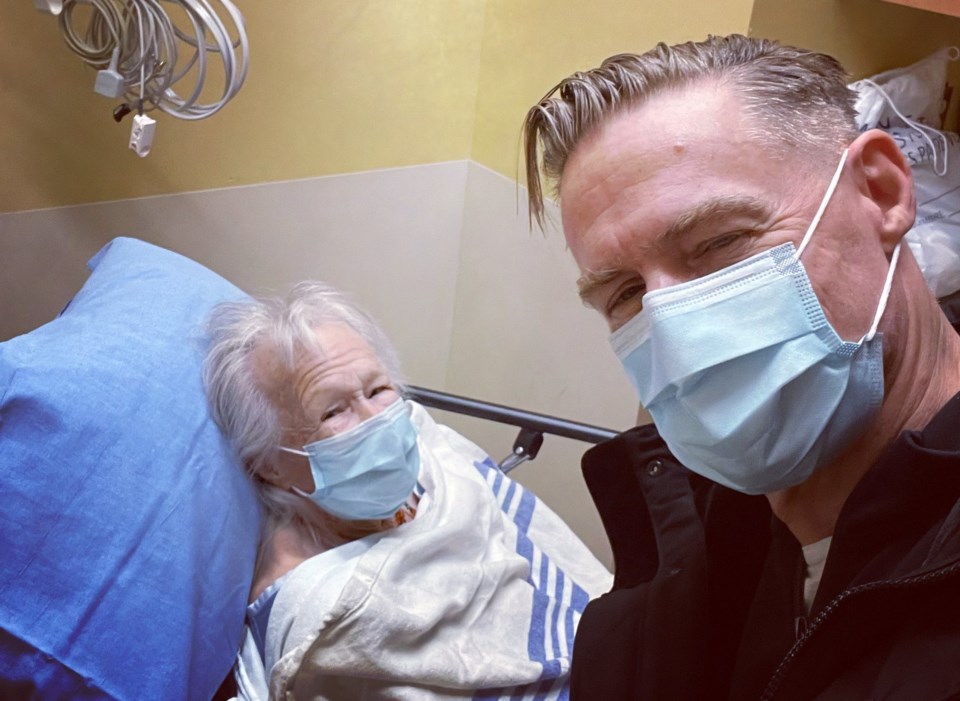 Bryan Adams took to Twitter on Feb. 25 to thank Lions Gate Hospital staff for looking after his mom. @bryanadams via Twitter

Adams, a favourite son of the North Shore, took to social media on Feb. 25 to give a heartfelt thanks to the hospital for taking good care of his mom, Jane Clark, who lives on the North Shore.

“Thanks to the incredible staff at @lghfoundation (Lions Gate Hospital) in North Vancouver for taking such good care of my mum Jane,” he wrote on both his @bryanadams Twitter and Instagram accounts.

“So kind thank you. #weloveya.”

“Thank you for sharing your kind comments @bryanadams - we’re sending your mum our warmest wishes for a speedy recovery,” the @lghfoundation posted.

Adams, who got his first real six-string, and released his debut hit single Let Me Take You Dancing in 1979, while he was still kicking it on the North Shore, is known to have a close relationship with his mom, who is now in her early 90s and suffered a stroke in May 2018.

Following the stroke, Clark lost the ability to use one of her hands and began using a wheelchair to get around.

Thanks to the incredible staff at @lghfoundation (lions gate hospital) in North Vancouver for taking such good care of my mum Jane ❤️. So kind thank you 🙏🏻 #weloveya #lionsgatehospital pic.twitter.com/TaYIAunGSj

Born in the U.K., Clark told the North Shore News, in an interview in 2019, that she moved to Canada after the Second World War, when she realized “there was nothing left for me in England.”

Endeavouring to “live and see the world,” she left England in her 20s, first landing in London, Ont.  After living in Ottawa – and determining it was no place to raise a family – Clark and her family eventually settled in North Vancouver's Lynn Valley neighbourhood.

Clark has painted her whole life, at first as a way to express her disdain at what was happening to her country during the violent and turbulent wartimes and then to channel her love and fascination with Canada’s vast wilderness.

After Adams’ career sparked in the '80s while he was young and wild and free, he moved back to his roots in England in the early '90s to continue his rock 'n' roll life.

The 61-year-old has had a stellar career so far, releasing 14 studio albums, six compilation albums, two soundtrack albums, four live albums, and 69 singles. Some of the favourites include Summer of 69, Run to You, Everything I Do (I Do it for You), Heaven, and Can’t Stop This Thing We Started – just to jog your memory.

While he’s lived in the U.K. for a fair chunk of his career, the North Shore keeps him ‘coming back for more.’ Well, to visit his mom at least.

North Vancouver MLA speaks out against racism in response to Bryan Adams
May 13, 2020 3:00 PM
Comments