‘My life has changed a thousand-fold’: Tent-city residents move into hotel (PHOTOS)

After three years of “living under tarps,” James Reedman never could have imagined living somewhere as nice as the Comfort Inn and Suites.

The hotel offers Reedman, and 92 others previously living in tents at Topaz Park or along Pandora Avenue, a double bed, 55-inch television with basic cable, private bathroom and a mini fridge.

“It’s amazing, it’s incredible,” said Reedman, who added he must have had seven hot baths since moving in on Monday. “My life has changed a thousand-fold.”

The 55-year-old, with a slim build, grey hair and trim goatee, said he doesn’t use drugs and he’s worried about conflicts with those who do.

“There’s a lot of users in here. I’m afraid for the place,” he said, explaining that many supportive housing facilities “start out fantastic, like a resort and it just goes downhill. But hopefully they can curb that here.”

During a tour of the hotel-turned-temporary shelter Thursday, Our Place Society spokesman Grant McKenzie walked through a spotlessly clean room. All rooms now have one double bed instead of two. Couples will be allowed to stay in a room together, but each person will still have their own room, he said.

Residents are not allowed guests.

The province purchased the Comfort Inn and Suites last week for $18.5 million to evacuate Topaz Park or along Pandora Avenue amid the COVID-19 outbreak and the ongoing drug-overdose crisis. 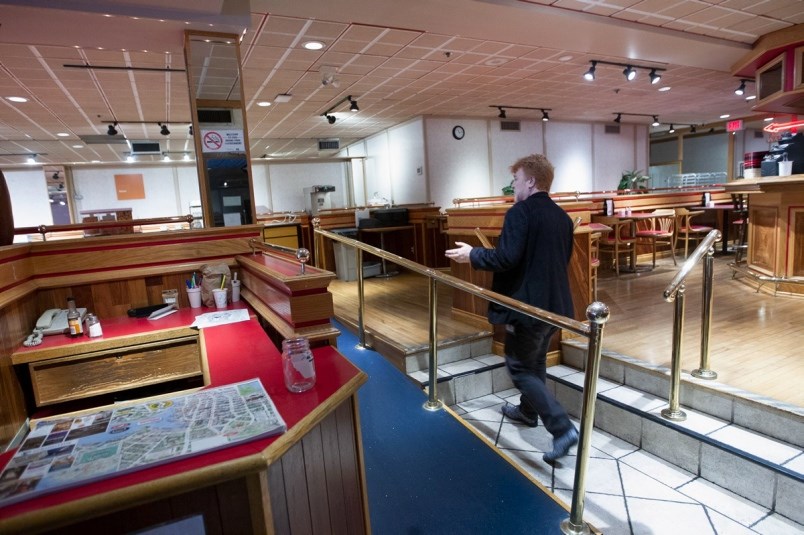 The restaurant could eventually be used again for dining. PHOTO BY DARREN STONE, TIMES COLONIST

The hotel currently houses 93 people, 63 of whom receive support from Our Place Society with 30 supported by Victoria Cool Aid Society. Five people brought their dogs.

To prevent overdoses, residents will be discouraged from using drugs in their rooms, McKenzie said.

Outreach staff do twice-daily checks when delivering boxed meals, which are prepared at the Our Place drop-in shelter on Pandora Avenue.

The second-floor Redd’s Roadhouse Pub, with black-painted floors and red walls, is being turned into a safe consumption site. 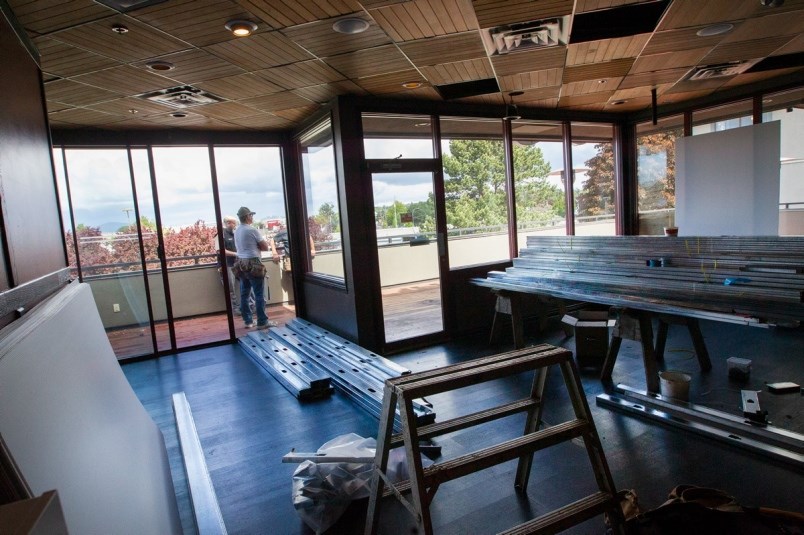 The former Redd’s Roadhouse Pub is being turned into a safe consumption site. PHOTO BY DARREN STONE, TIMES COLONIST

On the patio, people will be allowed to smoke opioids, McKenzie said, the clear glass windows ensuring outreach workers can respond immediately if someone overdoses. Our Place is talking to AVI Health and Community Services about staffing the safe consumption site.

The hotel’s breakfast room is currently empty, but McKenzie said that space could eventually be turned into a dining area.

The hotel has room for about 30 more people, McKenzie said, but there was a conscious effort to move people in gradually. He hopes the strategy will avoid the “chaos” that followed 147 people moving from the tent city outside the Victoria Courthouse into a social housing facility at 844 Johnson St. in 2016.

An office off the lobby is being turned into a medical room where residents, many of whom struggle with addiction and mental-health issues, can see Island Health nurses, doctors, paramedics and counsellors.

A former conference room now provides storage for about two dozen bikes. It’s also where two stainless steel bedbug ovens can zap the pests from any bedding or clothes.

In the lobby, two luggage carts remain, and hand sanitizer and a box of gloves sit on the reception desk, staffed by one person.

Some of the former hotel staff, such as maintenance workers, continue to work in the new temporary shelter, McKenzie said. However, hospitality and bar staff who were laid off due to the COVID-19 pandemic have told the Times Colonist they’re concerned they won’t have jobs to return to.

In a statement, B.C. Housing said it has “made employment offers to all former Comfort Inn staff and is in the midst of developing an operating plan for the building which will determine how many long-term positions will be required to manage the site and support residents.” 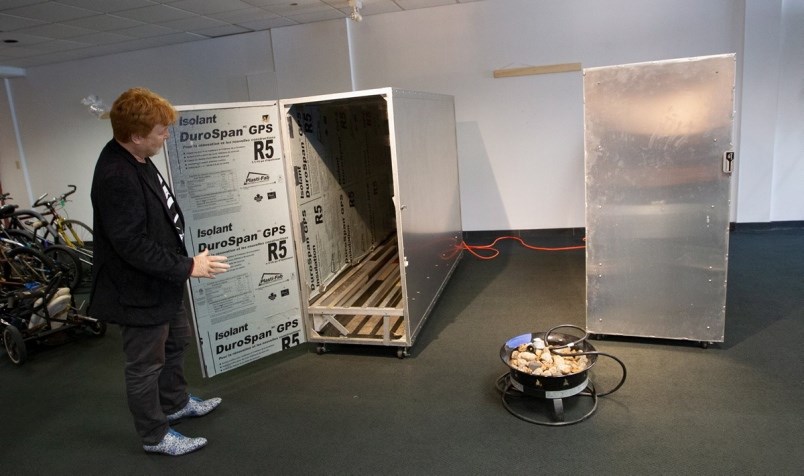 There are two bedbug ovens to zap the pests from bedding or clothes. PHOTO BY DARREN STONE, TIMES COLONIST

The hotel, bounded by Blanshard Street, Spruce Avenue and Nanaimo Street, is in a commercial area surrounded by businesses.

Our Place Society will communicate with neighbouring businesses to address any concerns and will stress to residents that “this is a nice hotel and we’d like to keep it that way,” McKenzie said.

Residents could only bring what personal belongings fit into two large bins to prevent hoarding, said McKenzie. Most tents, many donated, were thrown away for sanitary reasons.

Another 45 people have moved into beds in the Save On Foods Memorial Centre, which is being managed by the Portland Hotel Society.

On Thursday, City of Victoria staff and cleaning crews were getting rid of the handful of remaining tents, bikes and refuse scattered at Topaz Park. About a dozen tents and large encampments remained along Pandora Avenue. City staff were working with people as they relocate.

There were a small number of people who did not want to move into hotels, McKenzie said, often because they foster a mistrust of social agencies or they don’t like the rules in place.

Some have moved to other areas of the city, including Beacon Hill Park.

Read more from the Times Colonist